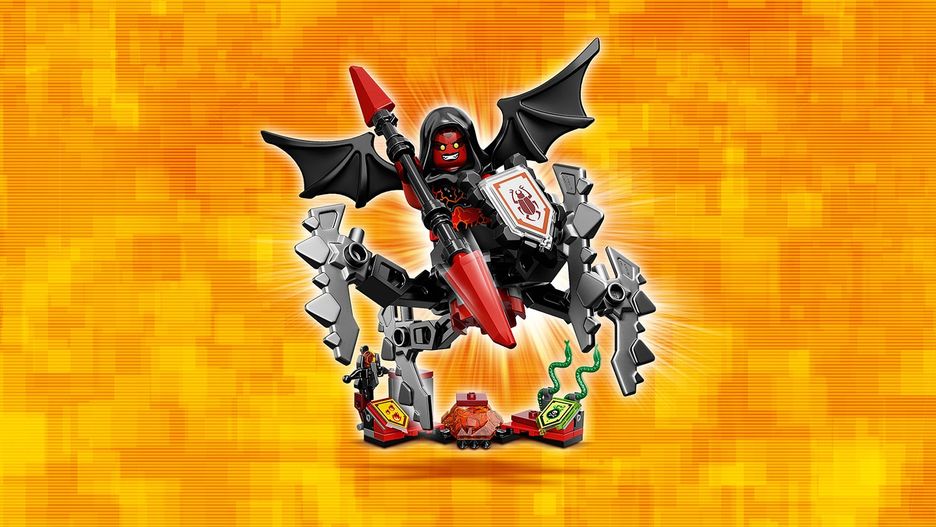 Who's that scuttling in the shadows? Ultimate Lavaria is hunting her prey with scary spider legs and wings. Pounce on the opponents and shoot a fireball with the crossbow stud shooter and send snakes slithering with their venomous bite! Upgrade your battle skills by scanning shields to obtain 3 NEXO Powers for your digital collection of unique abilities to outsmart the enemy and creep them out even more in the free LEGO® NEXO KNIGHTS™: MERLOK 2.0 app. Scan for 3 NEXO Powers: Beetle Bomb, Incinerate and Venom Bite. 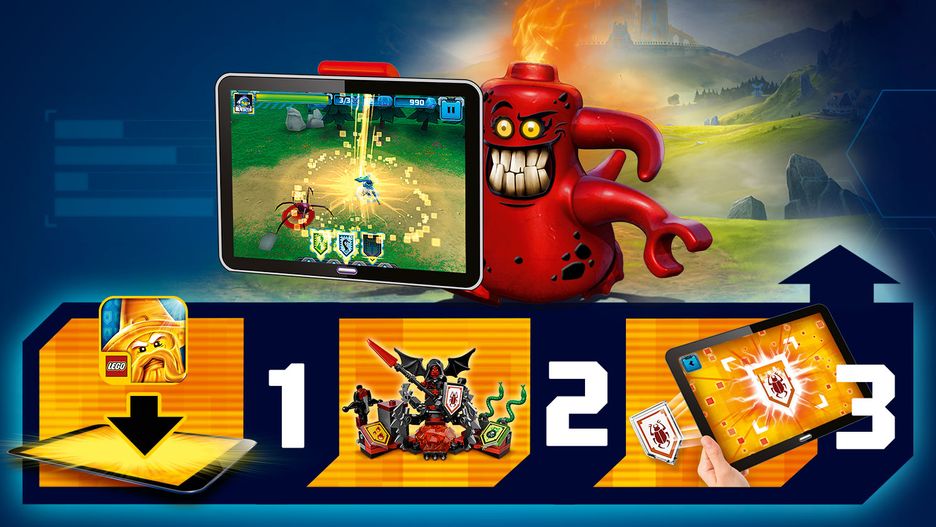