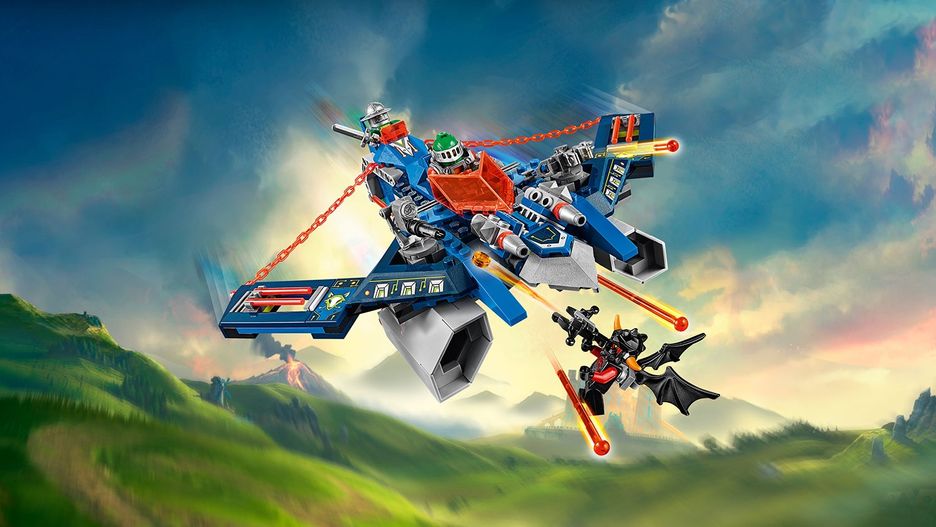 Immerse yourself further into the futuristic world of LEGO® NEXO KNIGHTS™ with the awesome Aero-Striker V2, and transform into Aaron Fox using the 2-in-1 flyer as a crossbow! Role-play battles against the Lava monsters as you squeeze the trigger to shoot the dual spring-loaded shooters. Then pitch Aaron against the winged Ash Attacker and fire the crossbow shooter, or eject the knight in his arrow-shaped flyer and let the Aaron Bot take control! Includes scannable shields for 2 NEXO Powers: Ice Rain and Target Blaster.