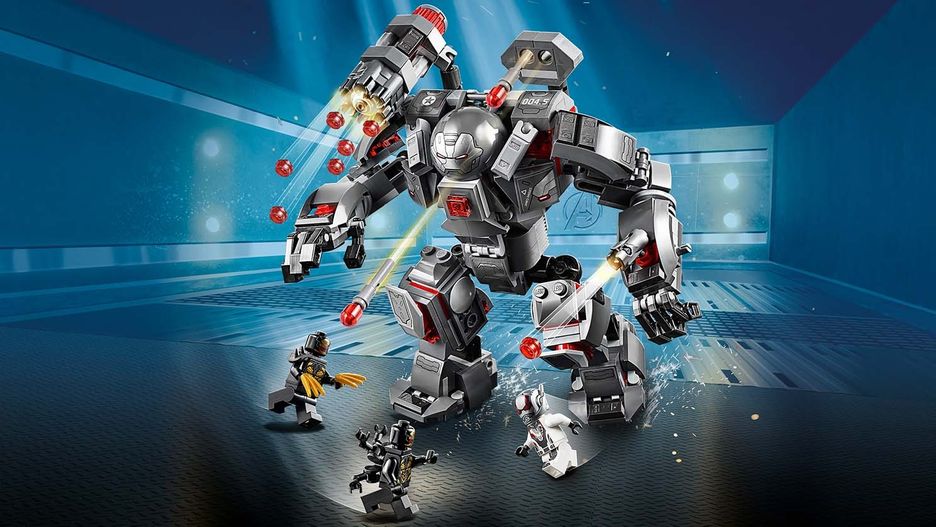 Emergency! Ant-Man is under attack by the dangerous Outriders. Fly to the rescue with the mighty War Machine Buster! Fire the 6-stud rapid shooter and the flick missiles. Grab an Outrider with the massive mech’s powerful hands. Then detach the stud-shooting cannons and battle the enemy on the ground with War Machine! 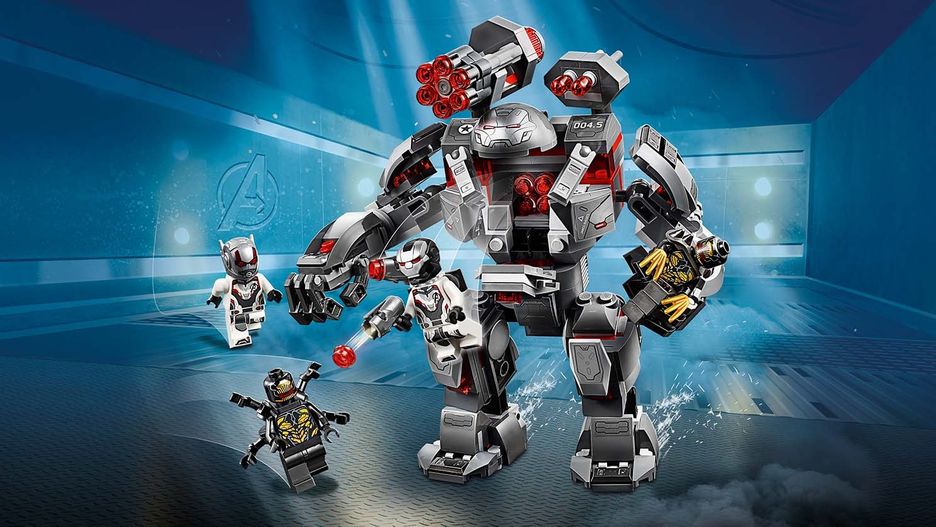 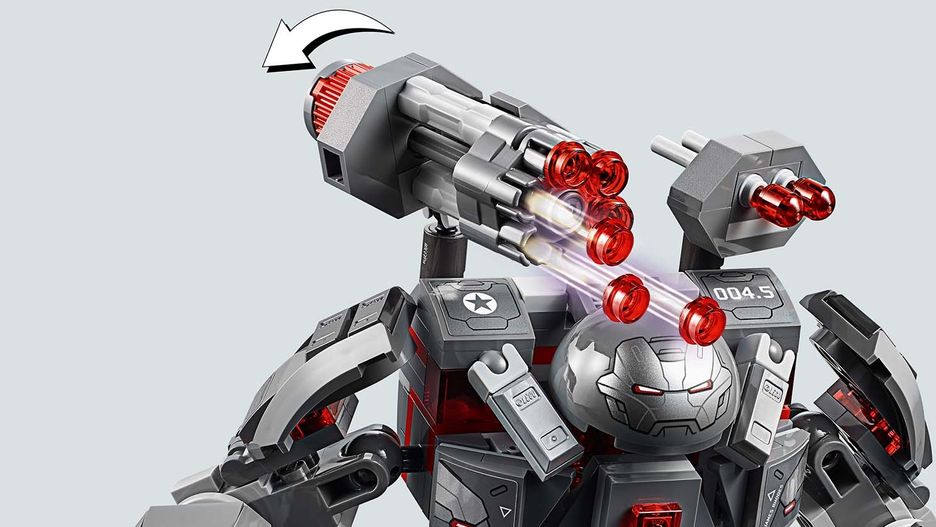