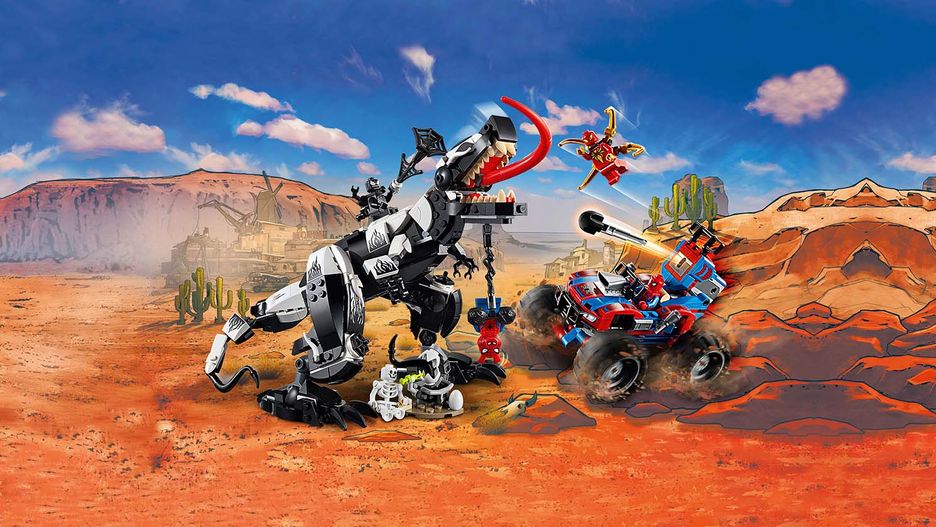 Can you help Spider-Man, Iron Spider and Spider-Ham take on Venom in a battle to seize the Venom egg? Venom’s at the controls of his Venomosaurus. One bite from those mighty jaws turns superheroes into skeletons! Spider-Man jumps into his mega-buggy with its awesome weapons and super-suspension. But Venom attacks with a thick black web. Will Spidey get the egg – or end up caught in Venom's web? 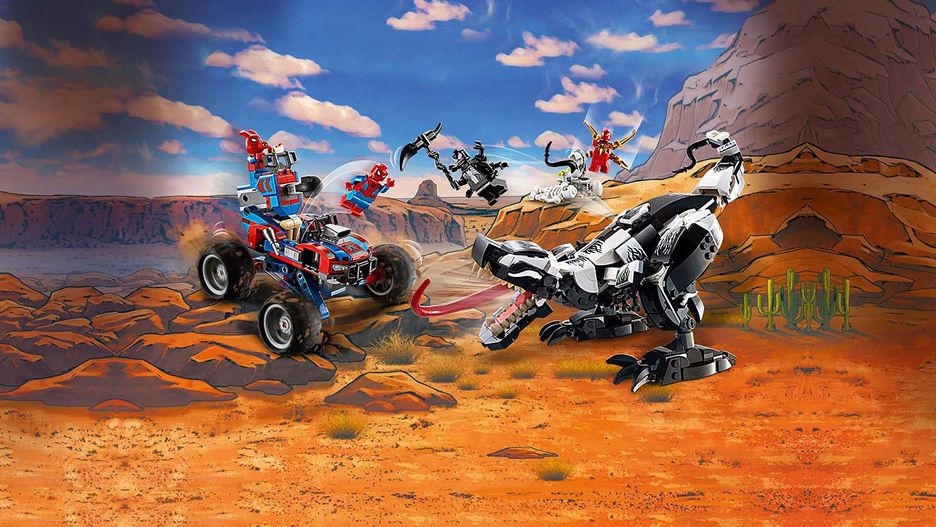 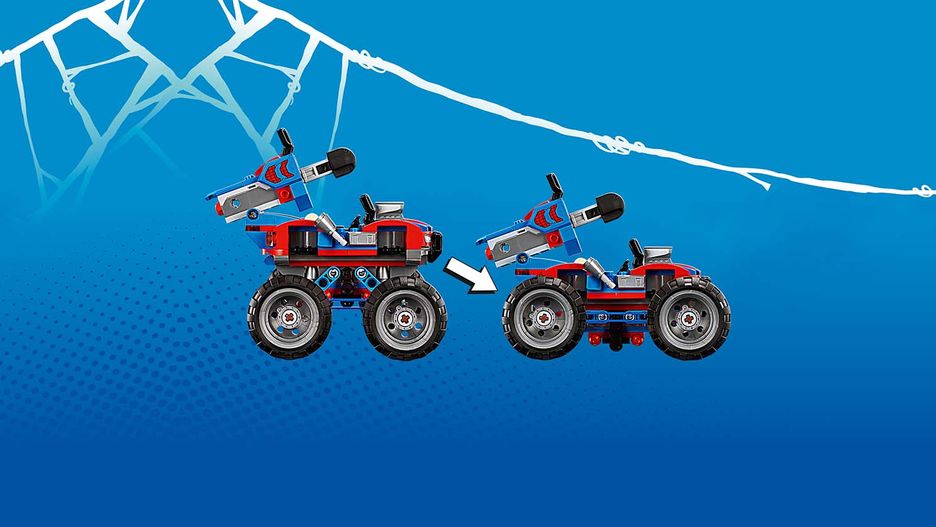 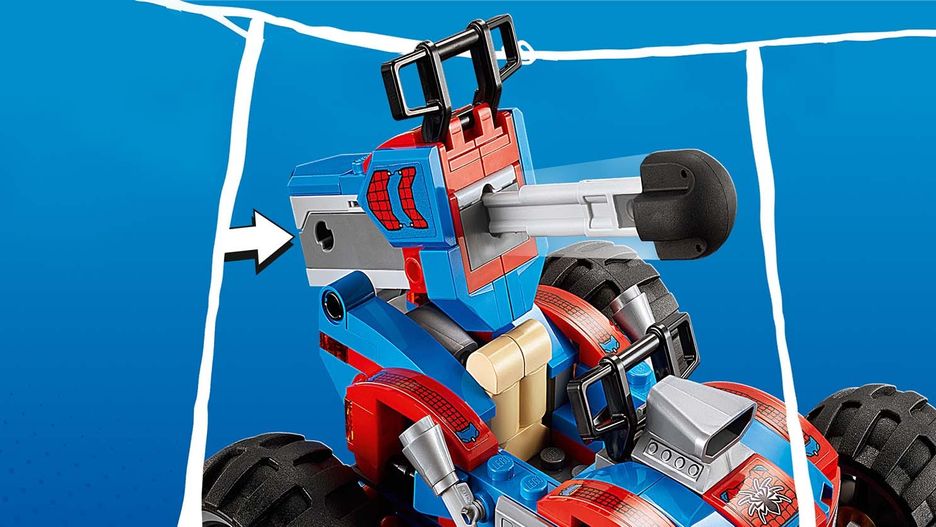