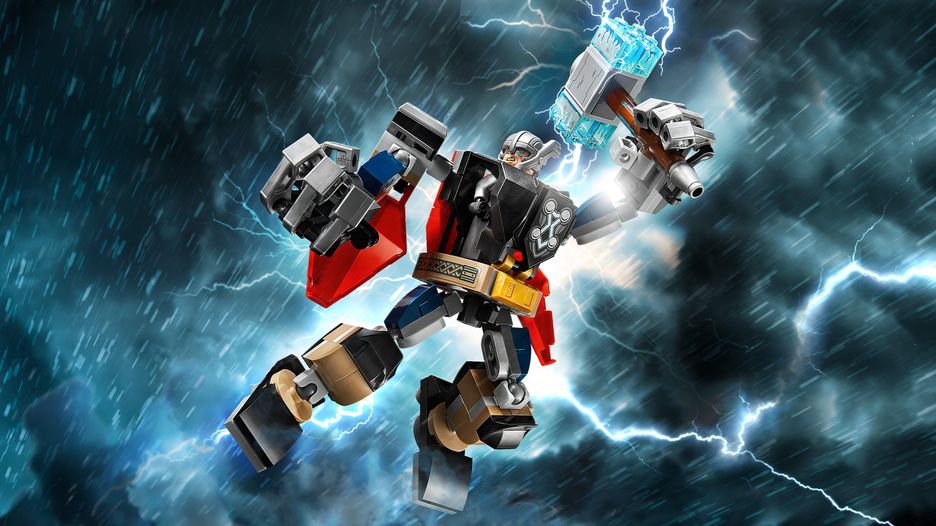 Join forces with Thor, as he uses his tremendous strength and speed to take on enemies from across the universe. Then put him in the cockpit of his giant mech and supersize the mighty warrior! Move the mech’s powerful arms and legs and swing its massive hammer as you recreate favorite movie scenes and have epic battles with other mechs in your collection. 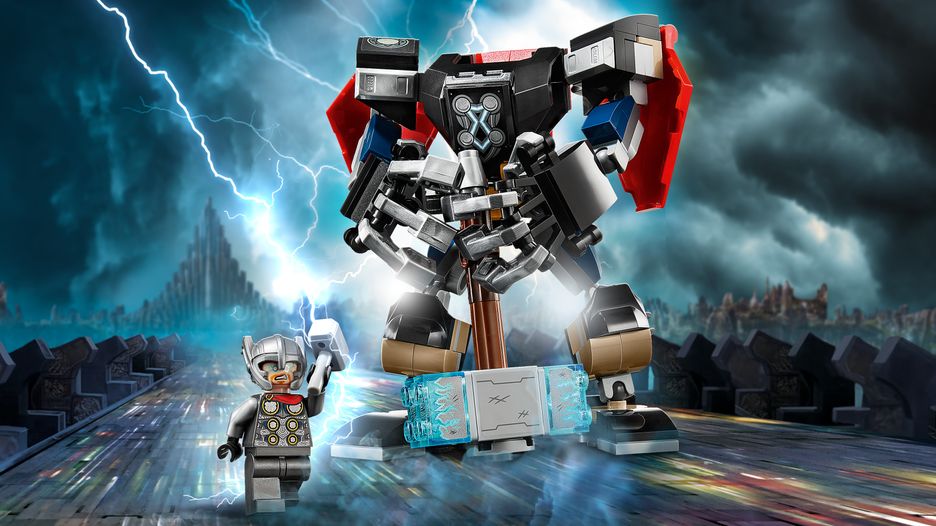