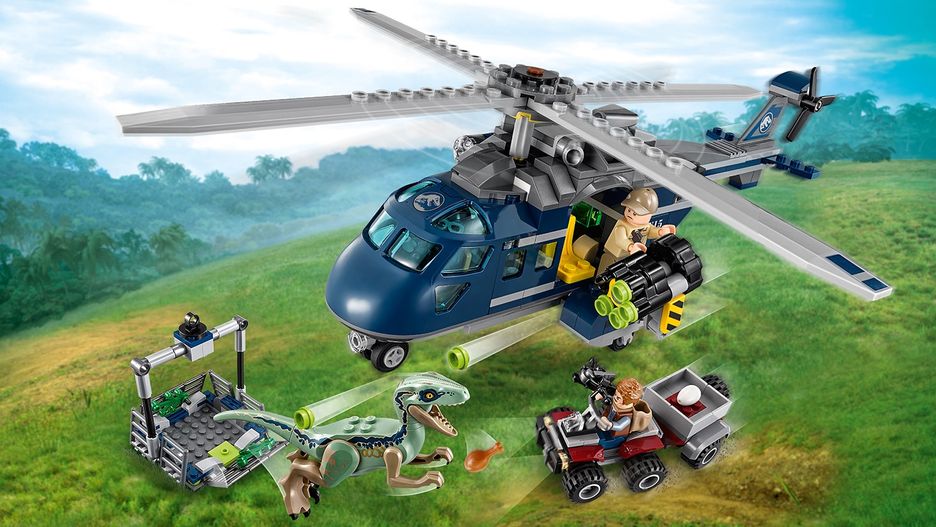 Watch out for the trap! Too late—Blue has been tricked into entering the cage after spotting food left by Wheatley and the pilot, so start the LEGO® Jurassic World™ 75928 Blue's Helicopter Pursuit. Jump onto the quadbike and speed after Owen’s dinosaur ally before the evil hunters fly off with it in the helicopter. Fire the crossbow to stop them, set Blue free and take back the stolen eggs—but watch out for the helicopter's powerful 6-stud shooter. 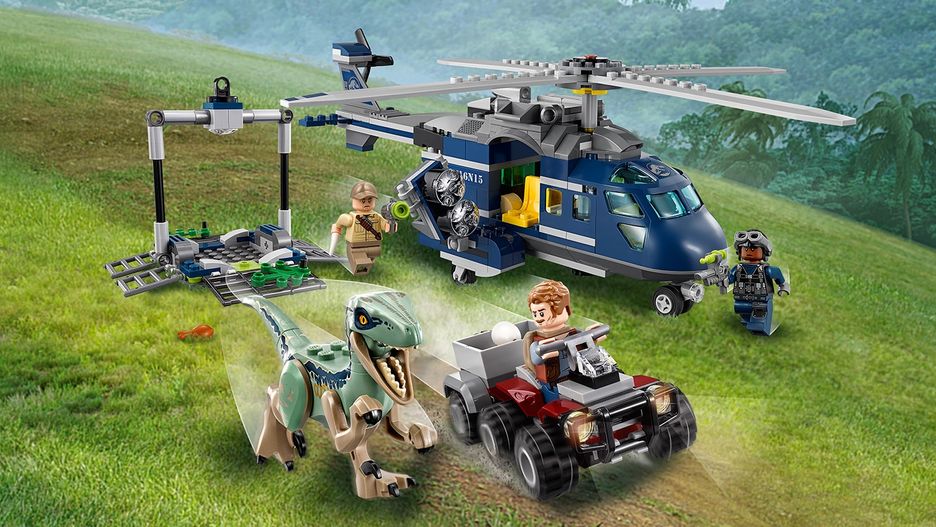 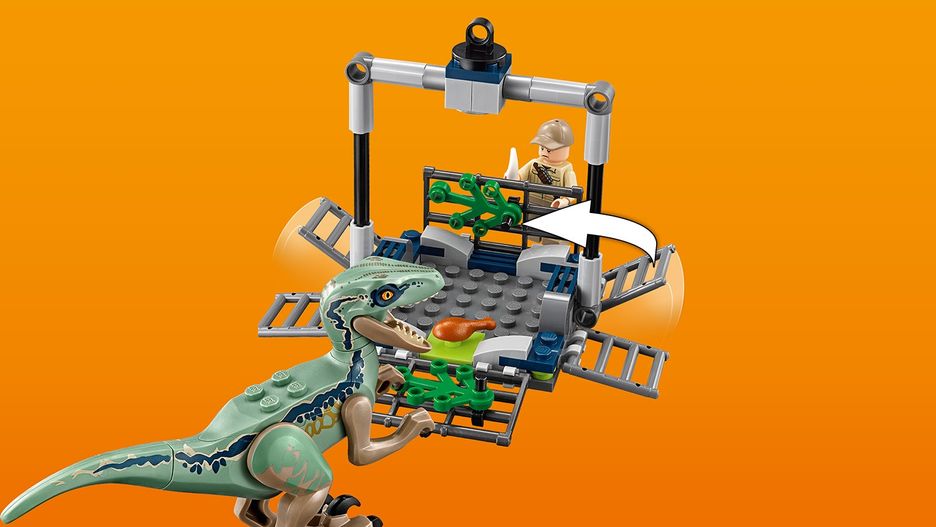 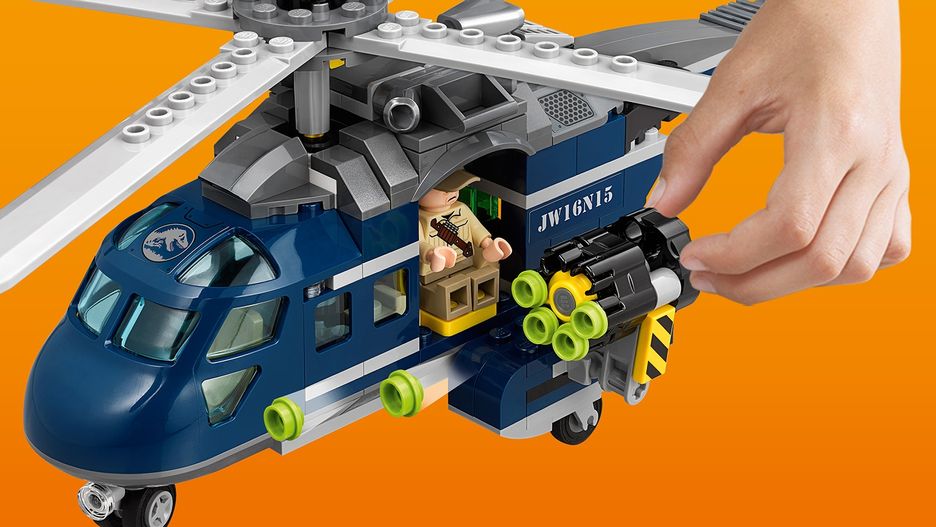 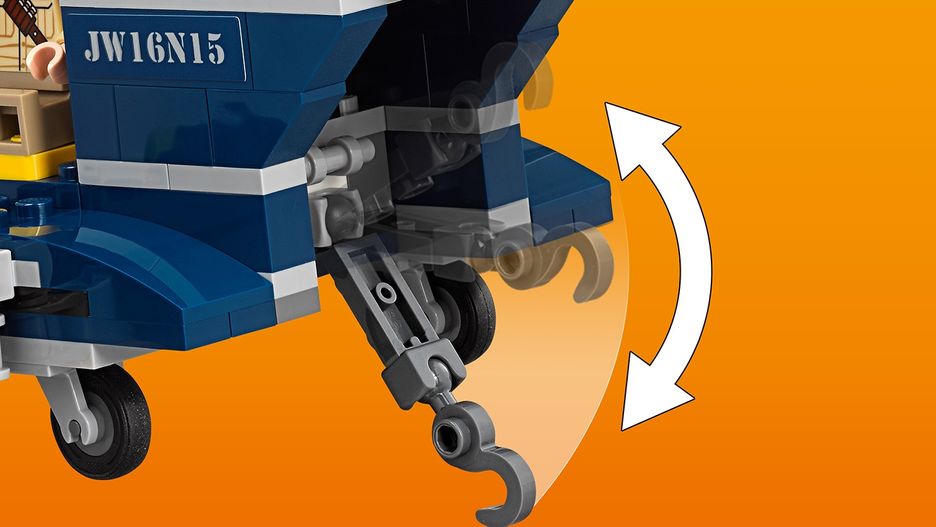 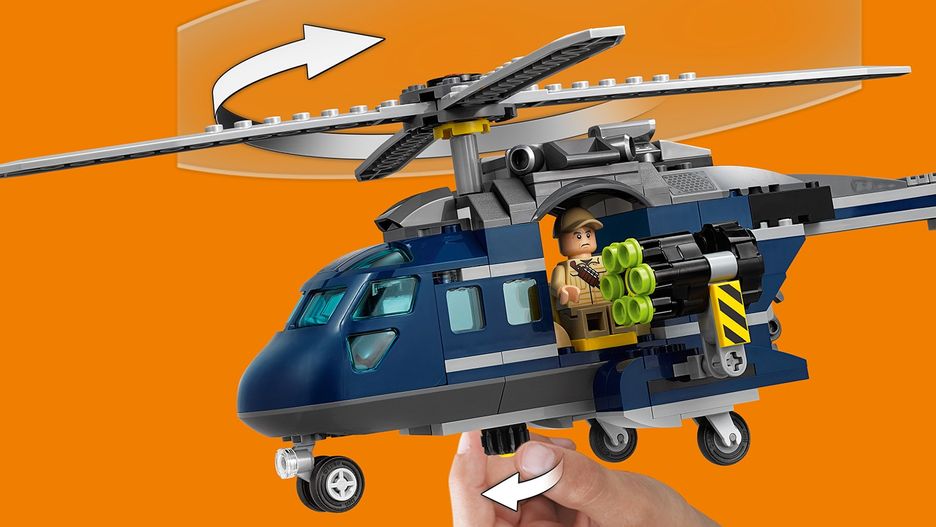