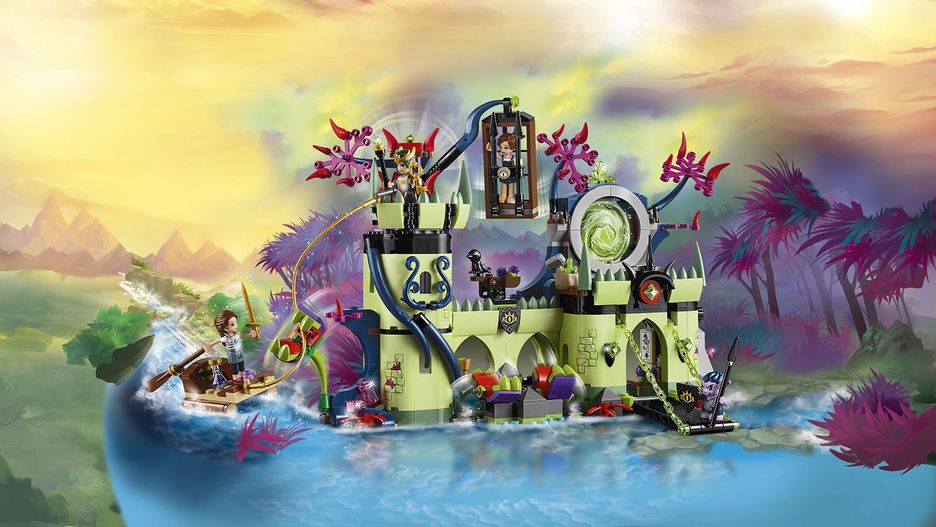 Be careful, the Goblin King is holding Sophie Jones captive in his fortress! He’s waiting for Emily Jones to try and rescue her, so he can steal her amulet and use it to open his portal to the human world! Toss Emily’s grappling hook onto the upper level of the fortress and help sneak her past the goblin guarding the drawbridge. Can Emily release Sophie from the cage hanging over the traps and stop the Goblin King? Only you can decide…