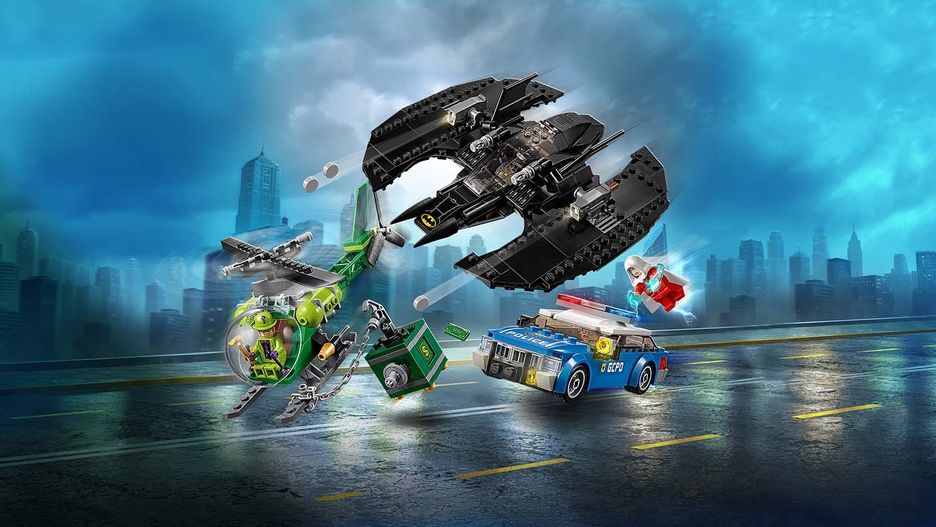 Dash to stop The Riddler’s robbery with LEGO® Batman™, Commissioner Gordon™ and SHAZAM!™. The Super-Villain has unlocked the stolen safe, hooked it to his helicopter and is getting away. Give chase with Batman’s powerful Batwing and Commissioner Gordon's police car. Steer clear of the helicopter's flick missiles and fire back with the Batwing's multi shooters and other cool weapons. The action never stops with this this brilliant building set. You must take down the helicopter and capture The Riddler™ before he escapes with the stolen cash and gems! 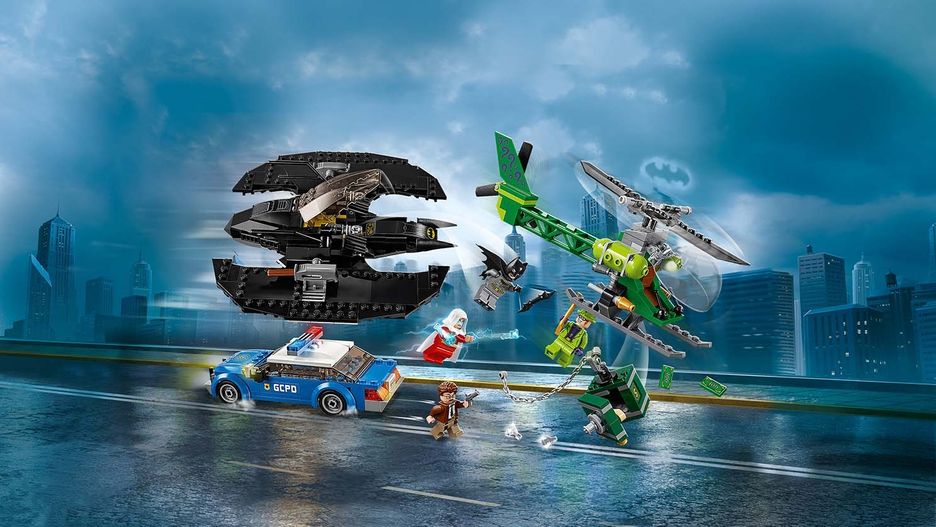 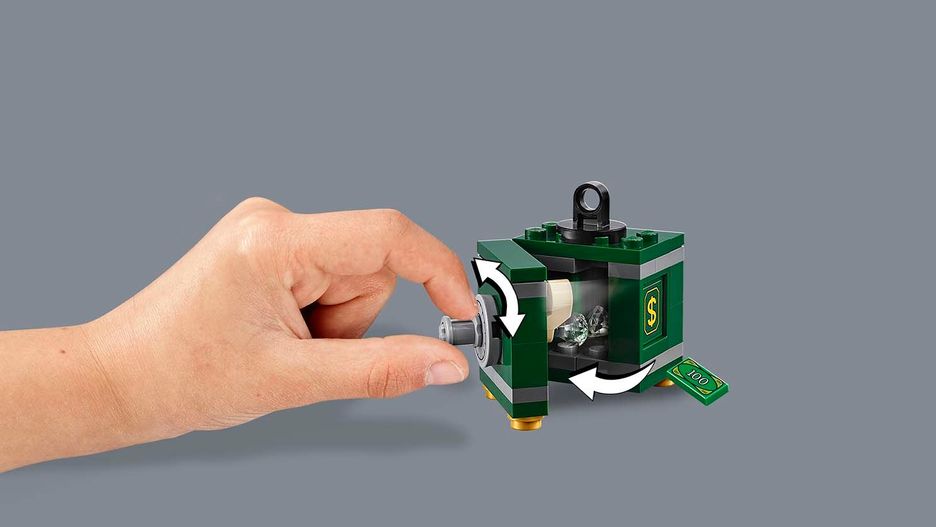