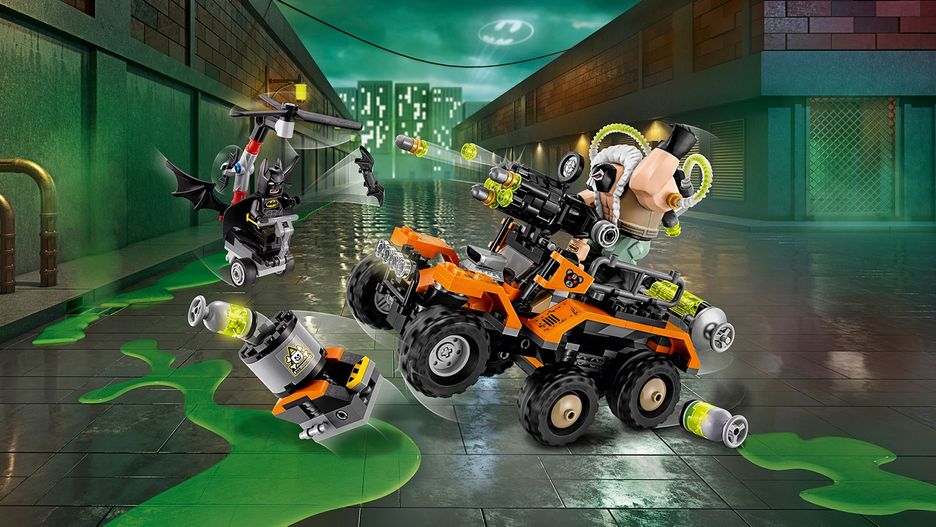 Bane™ is causing chaos in the city with his powerful 6x6 Toxic Truck. Fly to the rescue with Batman’s Whirly-Bat. Move fast to dodge the truck’s 6-stud rapid shooter and toxic bombs thrown by Bane. Fend off Mutant Leader’s torch and fight back with the Batarang. Bane is wearing his Venom backpack for added power—take him down before he drops the truck's huge toxic tank and stop Mutant Leader™ activating the toxic waste explode function!