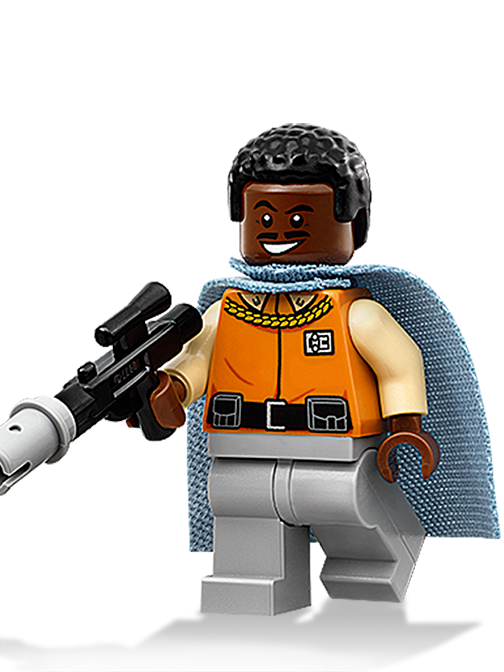 Lando Calrissian’s days as a dashing and debonair smuggler, gambler and Baron Administrator of Cloud City are behind him. Now that he’s joined the battle against the Empire, he’s become a dashing and debonair general in the Rebel Alliance! While his friends go on a secret mission to the moon of Endor, it’s up to Lando to help lead the rebel fleet in its battle against the second Death Star high above them.