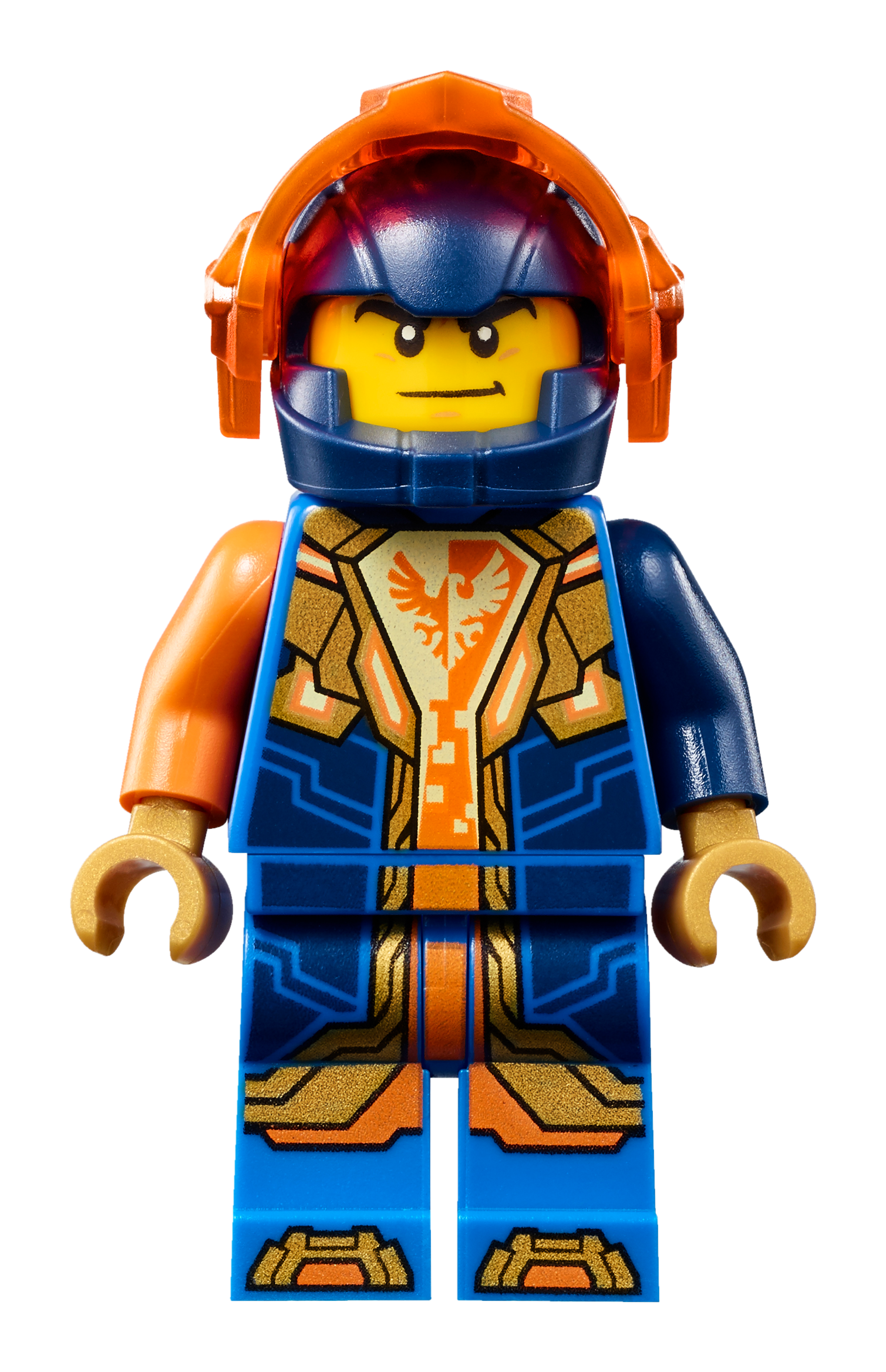 As Clay grew up, he dreamed every day of becoming a NEXO KNIGHTS hero. Now he is the leader of the NEXO KNIGHTS team, the knightliest knight in the kingdom and the most dedicated defender of the realm. He has just been instrumental in destroying the Book of Monstrox, rescued his friend Jestro from evil and been hailed by the King and Queen. So now he can rest… Ha ha, very funny. Clay never rests. He knows that evil never sleeps. And if evil really does sleep, Clay is sure it is never more than a power nap. So now Clay is a teacher at the Knights Academy, training the next generation of NEXO KNIGHTS heroes. Clay expects a lot from his students and he is a hard teacher. Some of his knights in training say it is almost like he is made of stone. That is because fighting evil is no joke. Not with Clay as your teacher anyway. His pre-fight punchlines are just horrible.