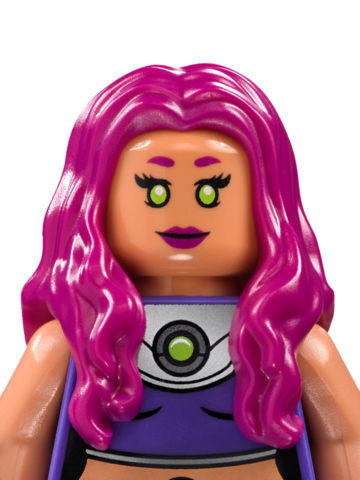 An alien princess from the planet Tamaran, Starfire can fly and shoot energy bolts from her hands. Despite her powers and warrior training, Starfire's planet was conguered and she was enslaved at a very young age. When she was a teenager, she was able to escape to Earth. Now Starfire uses her powers to fight alongside her new friends as a member of the Teen Titans super hero team.