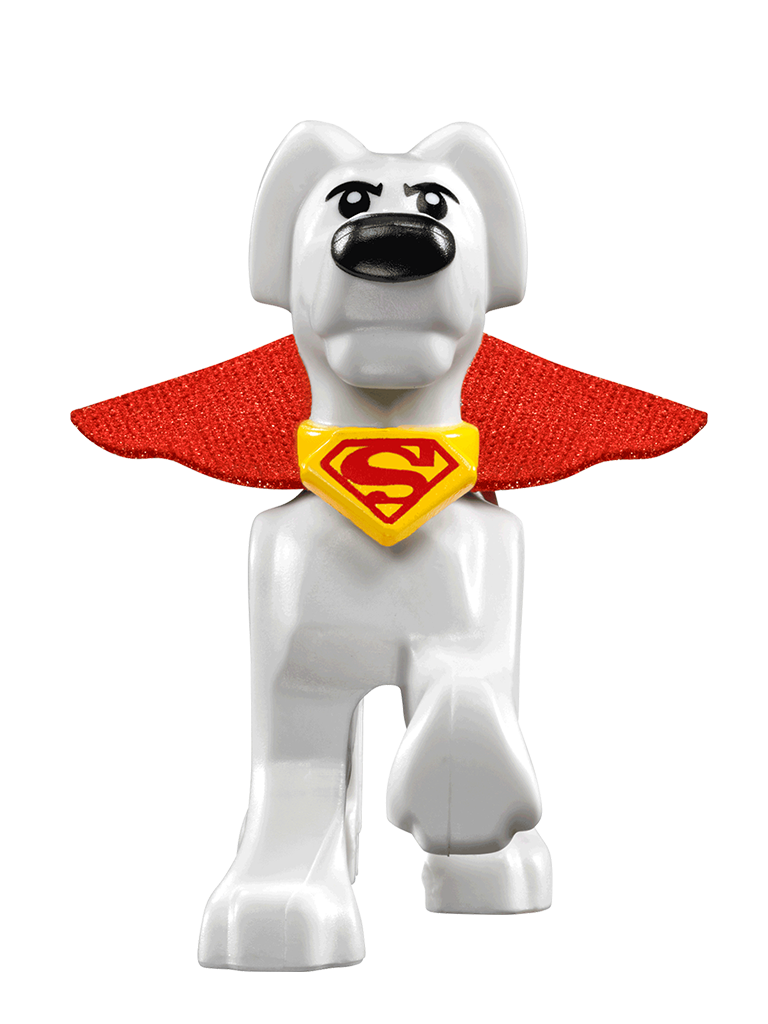 As one of the last survivors of the planet Krypton, Krypto™ the Super-Dog was sent to Earth to be the companion and protector of Superman™ when he was a baby. The Earth’s yellow sun grants Krypto the same powers as Superman, including flight, heat vision and super-strength, which the canine uses to aid the Man of Steel™ on their many adventures. Although he’s a loyal pet, he lacks the ability to control and understand his powers, which often gets him into trouble.