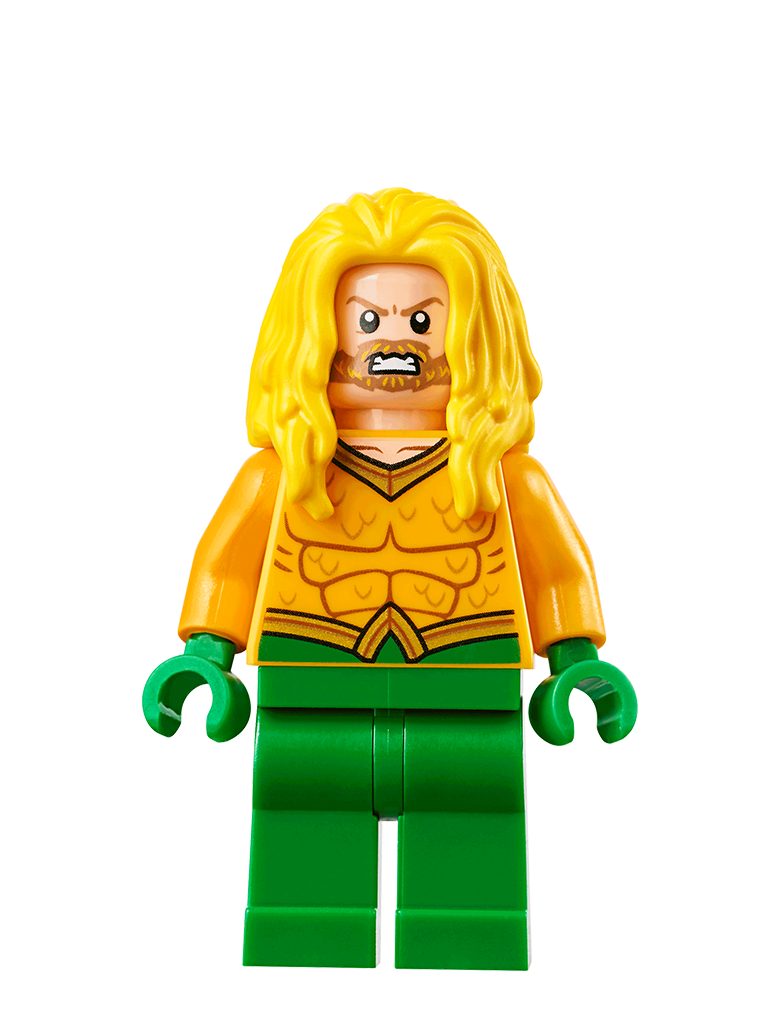 As a half-human and half-Atlantean, Aquaman™ (Arthur Curry) is no ordinary Super Hero. His Atlantean physiology allows him to breathe underwater and swim at incredible speeds and gives him super-strength. As the King of Atlantis, his royal lineage also grants him the ability to communicate with marine life. Wielding an all-powerful trident and riding astride a great white shark, Aquaman is determined to restore balance to the world he loves so dearly. As a founding member of the Justice League™, and with his wife Mera™ by his side, he regularly battles Super-Villains like the evil masterminds Black Manta™ and Ocean Master™.