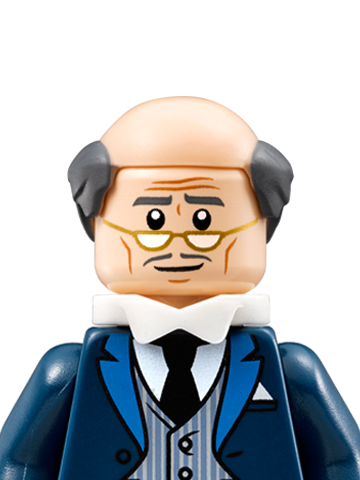 Alfred Pennyworth has been the butler to the Wayne family for pretty much forever. Hard-working, long-suffering and utterly loyal, he sees it as his responsibility not just to keep Wayne Manor and the Batcave clean and tidy, but also to look after his employer’s well-being…even when Batman doesn’t necessarily agree. He has in many ways been a father figure to Batman and he cooks an amazing lobster thermidor. Bat-Fact: In fact, worth a lot more than a penny.