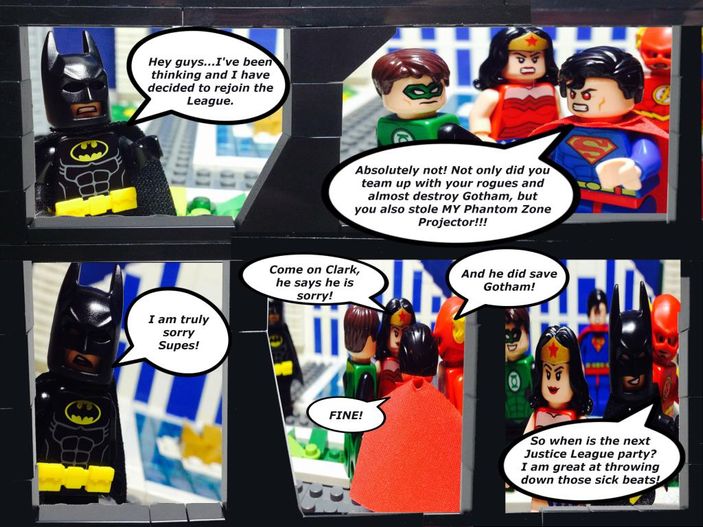 Fan creation by HMDBrickCustom. After everything that Batman has done: left the league, became a loner, stole the phantom zone projector, almost destroyed Gotham, teamed up with his rogues gallery, and finally saved Gotham, he has decided to try and rejoin the league. Superman does not like his request but other League members persuade him otherwise. This scene takes place in front of the Hall of Justice and is surrounded by a brick built frame. I hope you guys enjoy! Superman's Choice is an entry for the LEGO® Rebrick contest LEGO Batman's Return To The Justice League™. 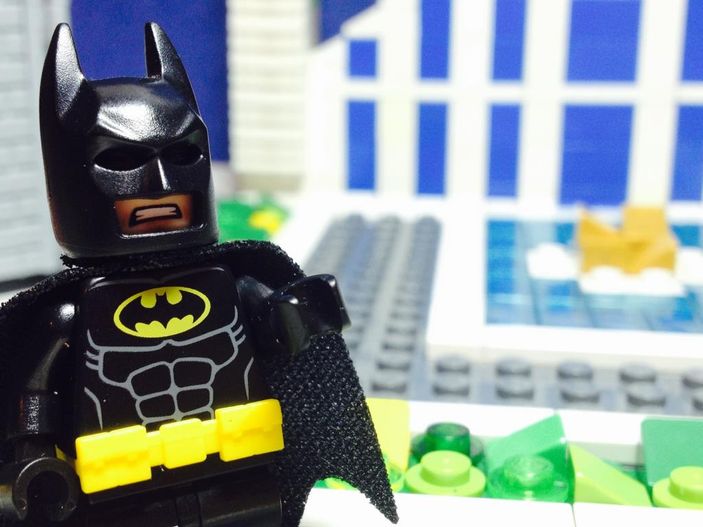 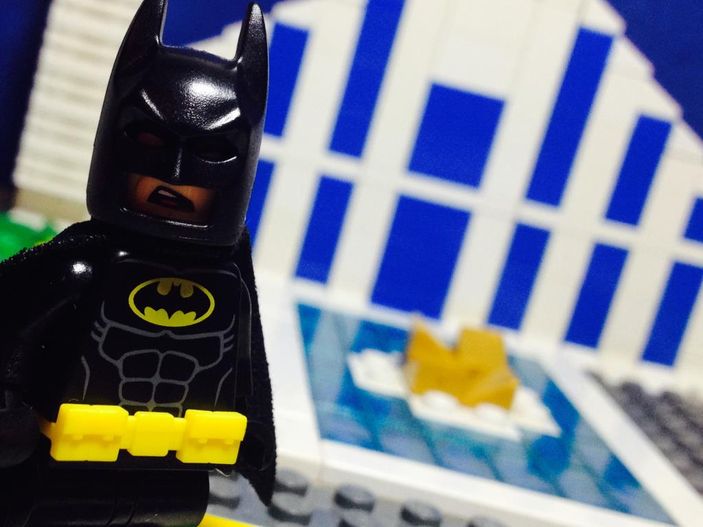 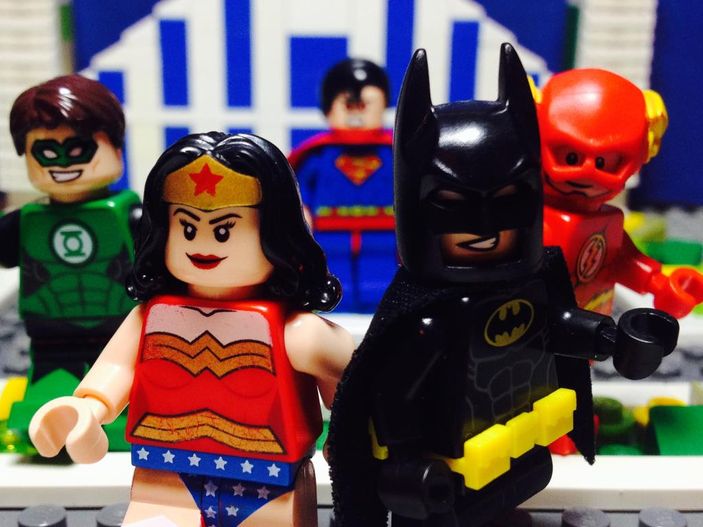 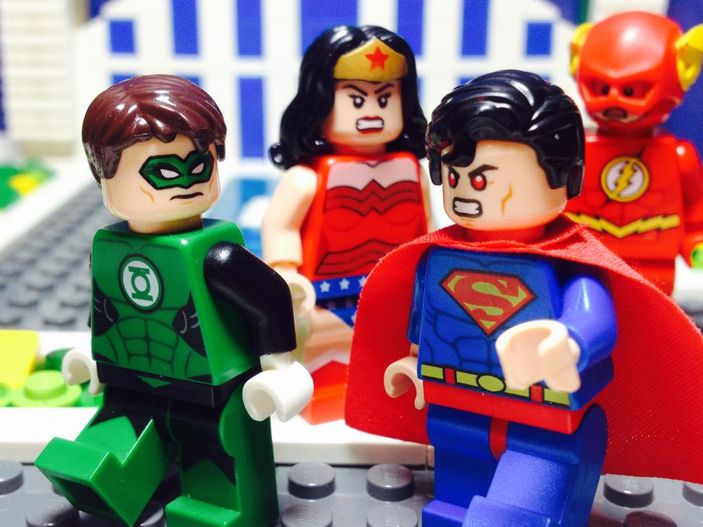