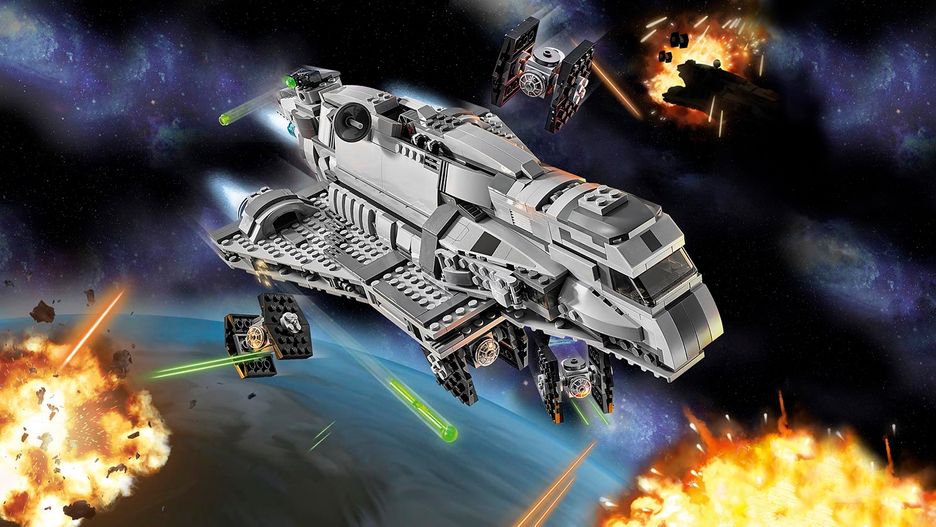 Transport TIE Fighters into battle against the rebels with the LEGO® Star Wars Imperial Assault Carrier. Open the cockpit, load up a minifigure and then grab the lifting handle ready for flight. Push the triggers to release the 4 mini-scale TIE Fighters and join the battle with the twin spring-loaded shooters and rotating gun turret with dual stud blaster. Access the missile storage bay and ammo cargo boxes when supplies run low, and once the rebels have been defeated, reattach the TIE Fighters and get ready for the next exciting mission. Includes 5 minifigures with assorted weapons: Agent Kallus, Imperial Officer, Sabine Wren in Mandalorian outfit and 2 TIE Pilots, plus an Imperial Astromech Droid. 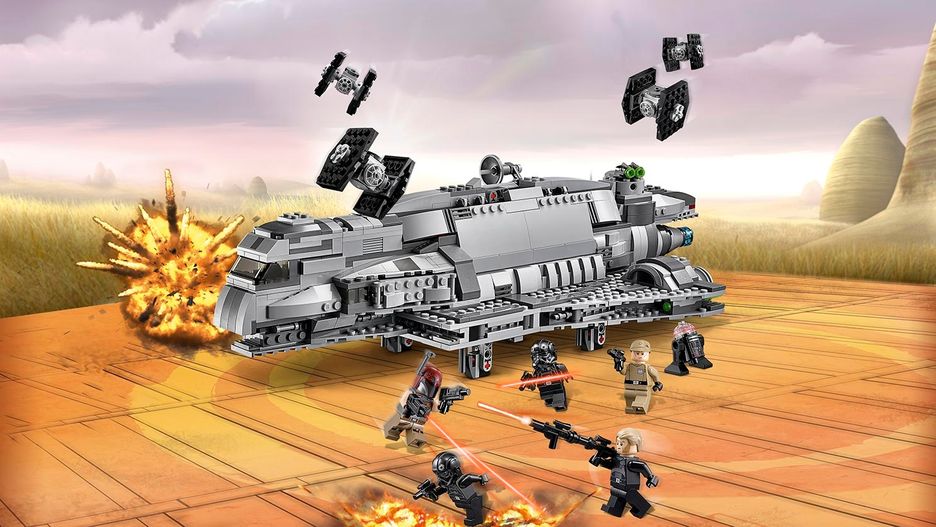 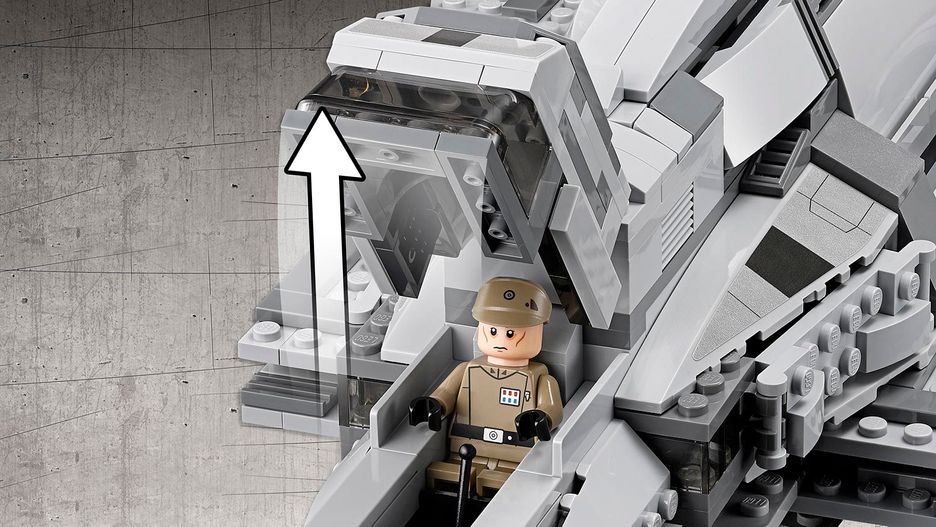 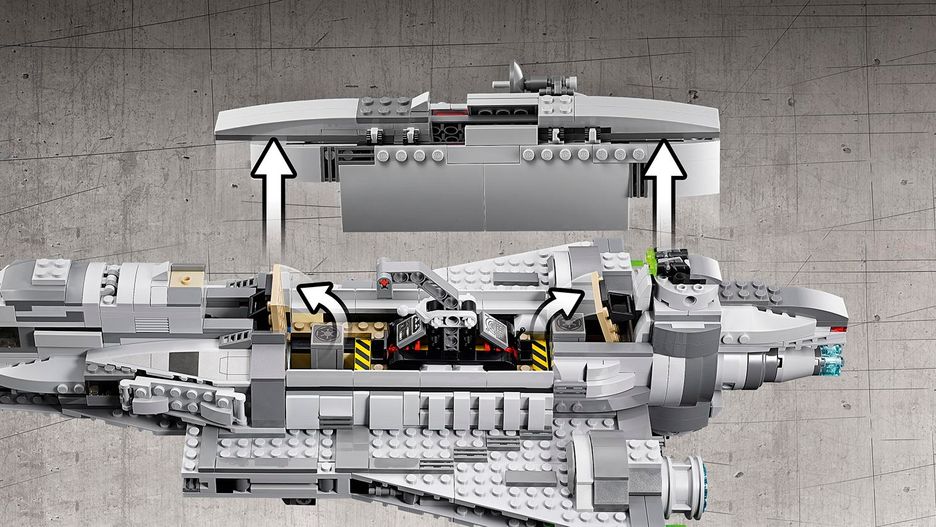 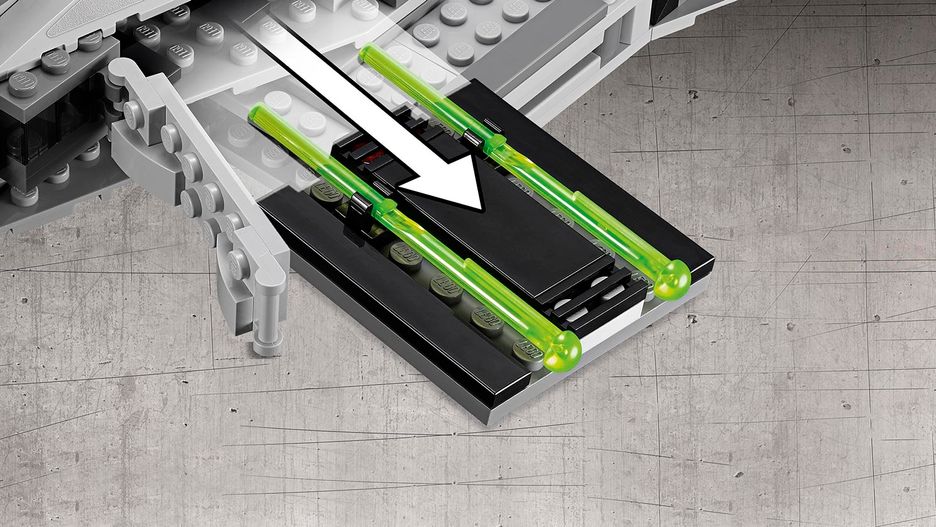 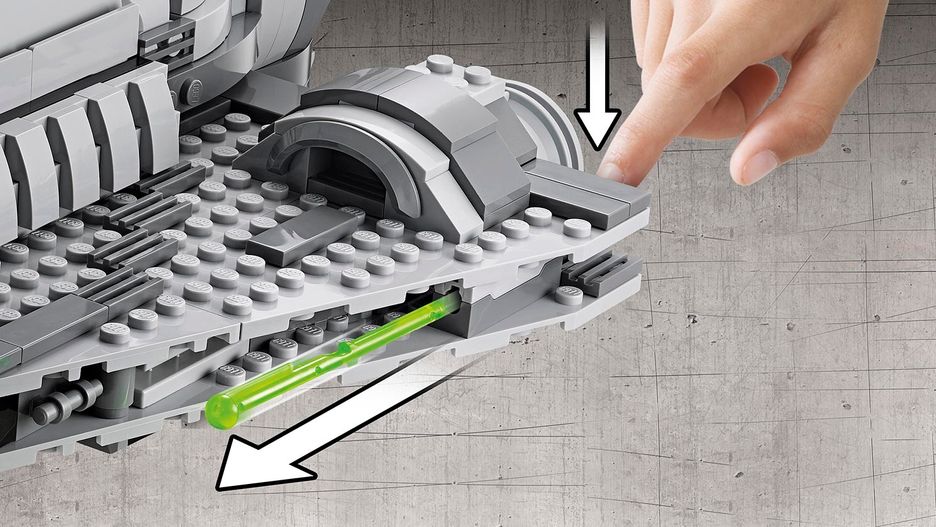 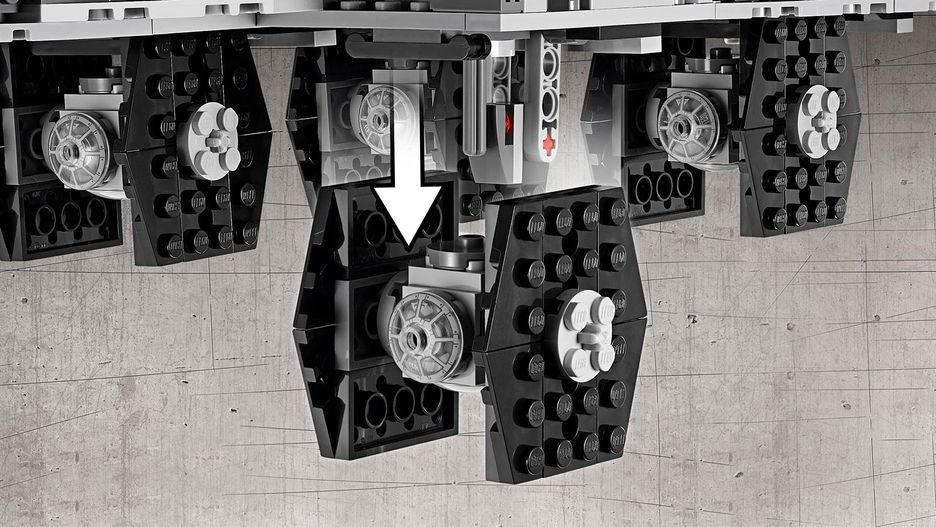