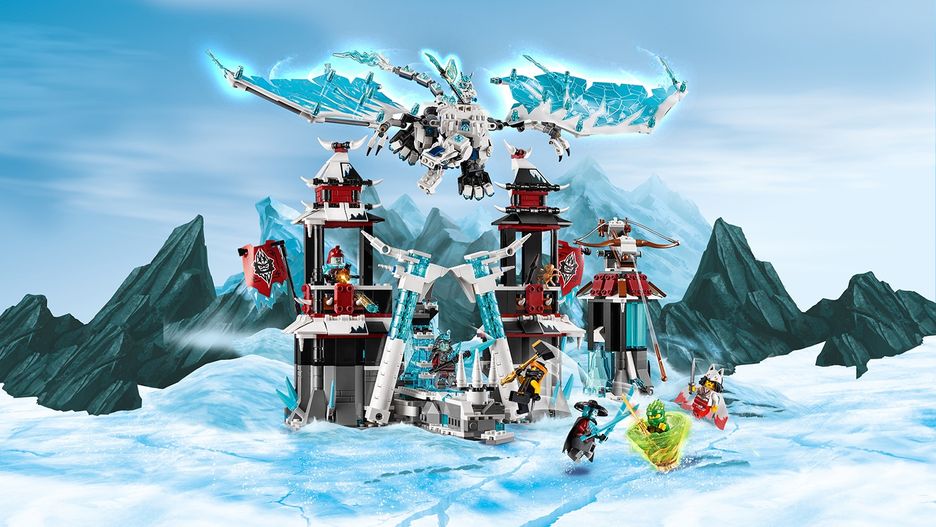 Team up with LEGO® NINJAGO® heroes Lloyd FS, Cole and Akita and get set for a chilling battle at the Castle of the Forsaken Emperor! Beware of the massive Forbidden Ice Dragon guarding the castle. Dodge shots fired from the ice castle’s crossbow and the ice tower's spring-loaded shooter. Battle evil General Vex and his Blizzard Samurai warriors—and don't get trapped in the ice prison! Create a Spinjitzu tornado with Lloyd FS to reveal the Ice Emperor's throne. Can you grab the emperor's Scroll of Forbidden Spinjitzu and end the freezing winter in the Never-Realm? 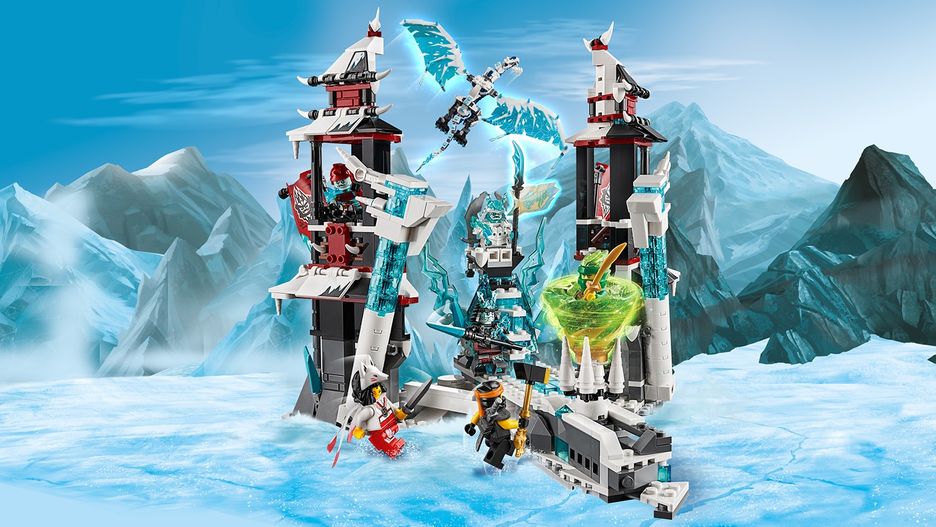 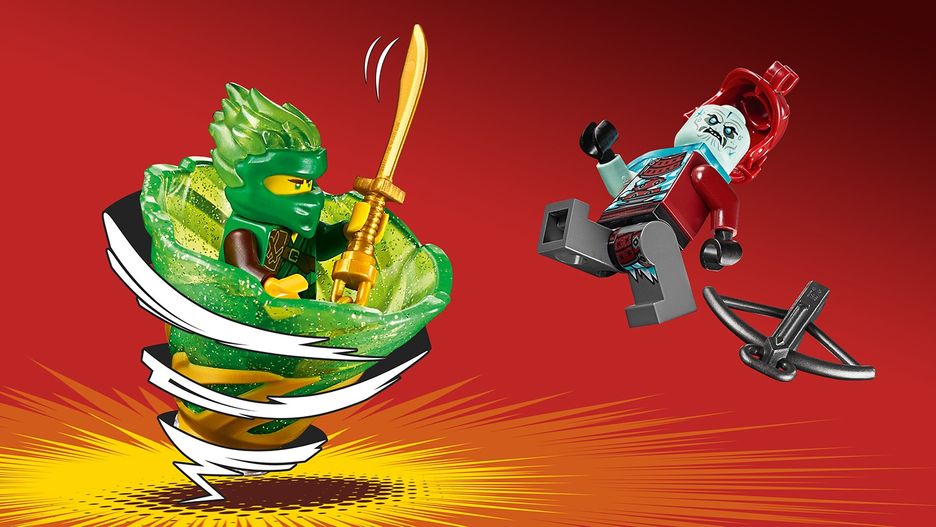 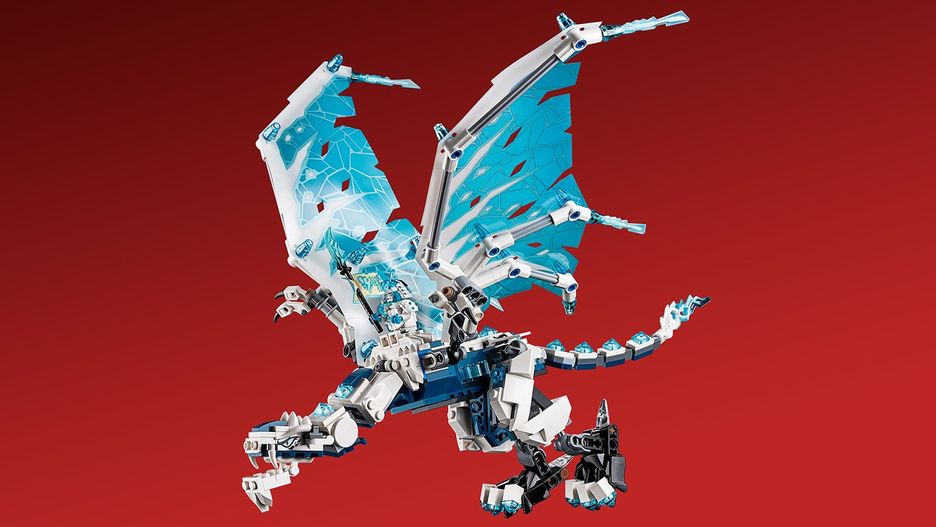 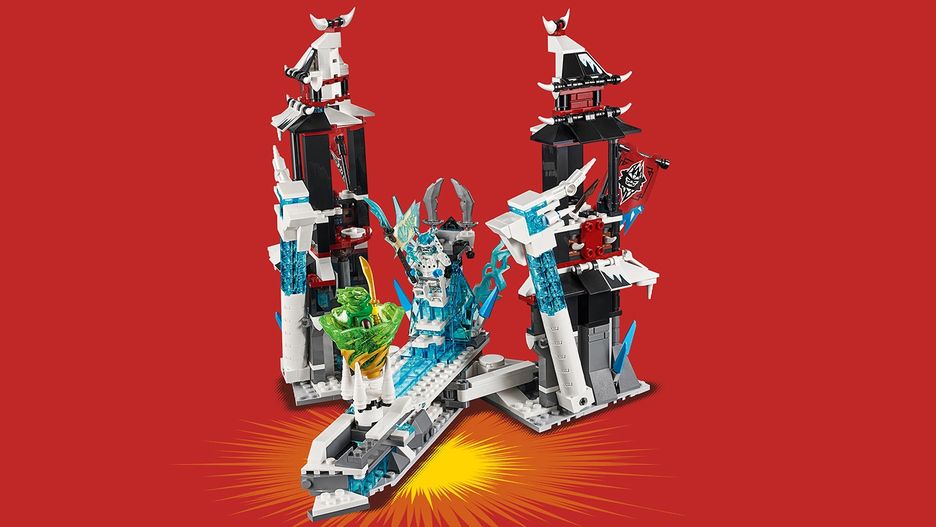 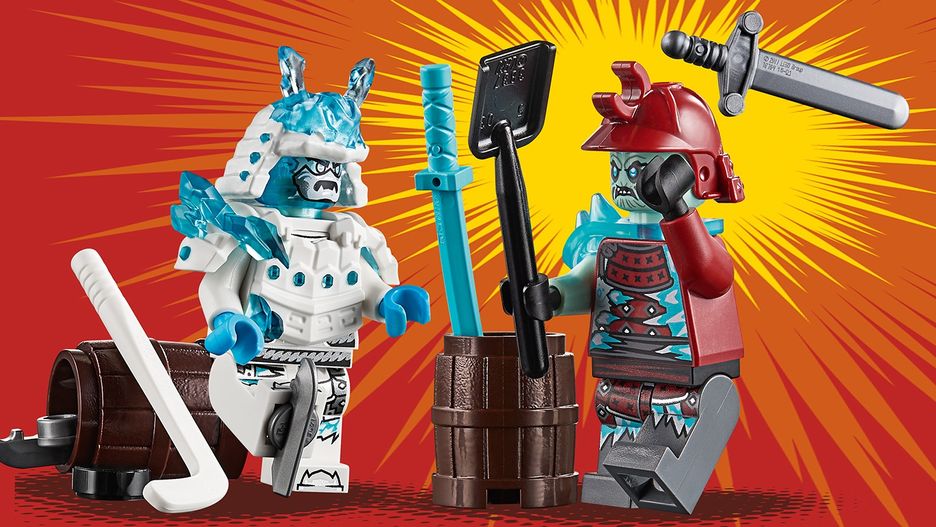 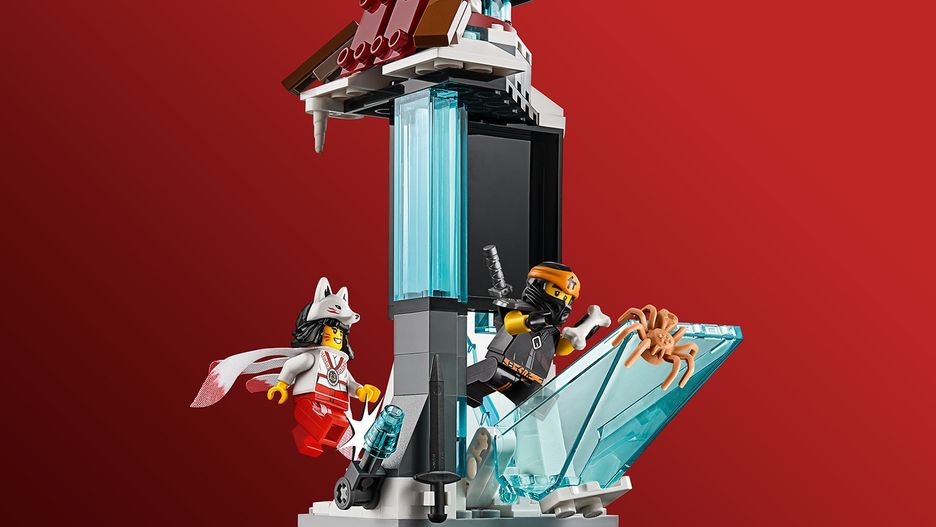 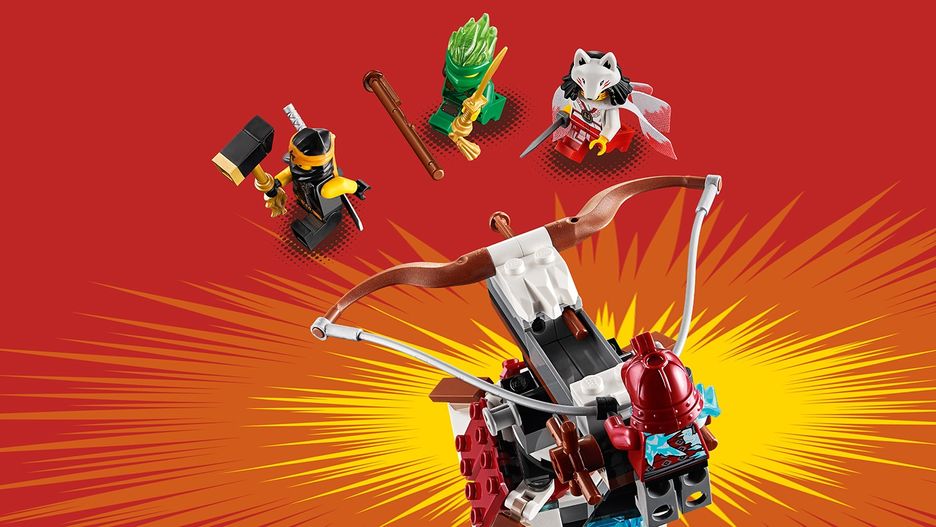