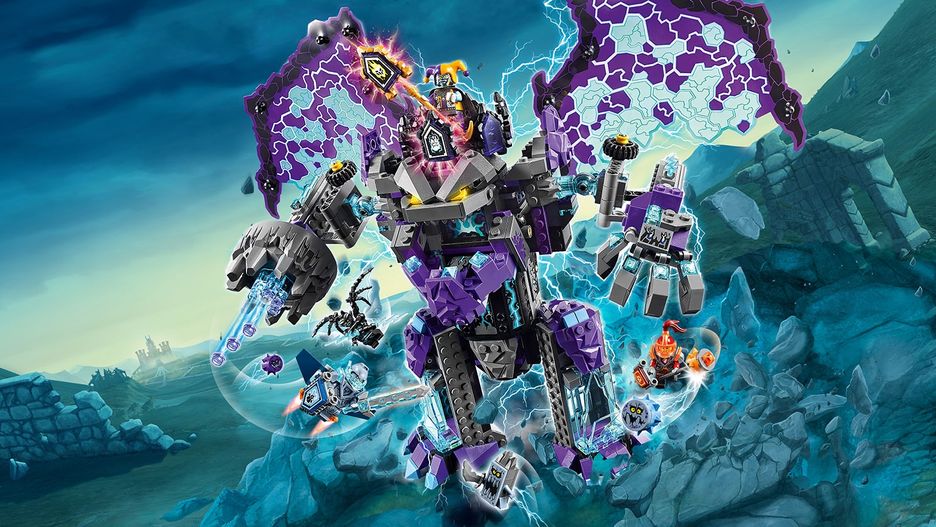 Jestro has brought the Stone Colossus of Ultimate Destruction to life—and now it’s terrorizing Knighton! Team up with Clay, who’s turning into stone after being zapped by the Cloud of Monstrox, and Macy to fight back against the monster and grapple with General Garg! Use the shield glider to find the giant's weak spot, but watch out for its rapid-fire stud shooters and giant claw hand! Includes scannable shields for the NEXO Powers Haunted Armor and Commanding Shout, and Forbidden Powers Malicious Melting and Corrupting Crush. 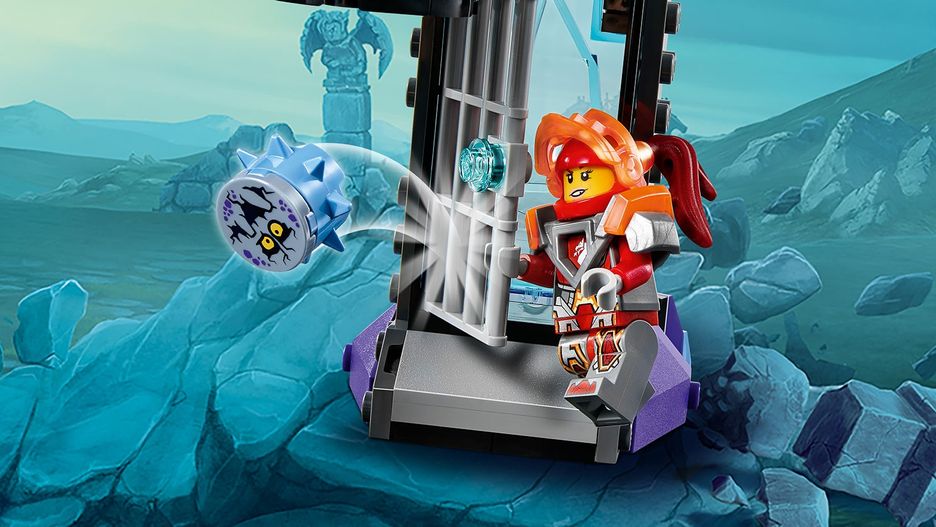 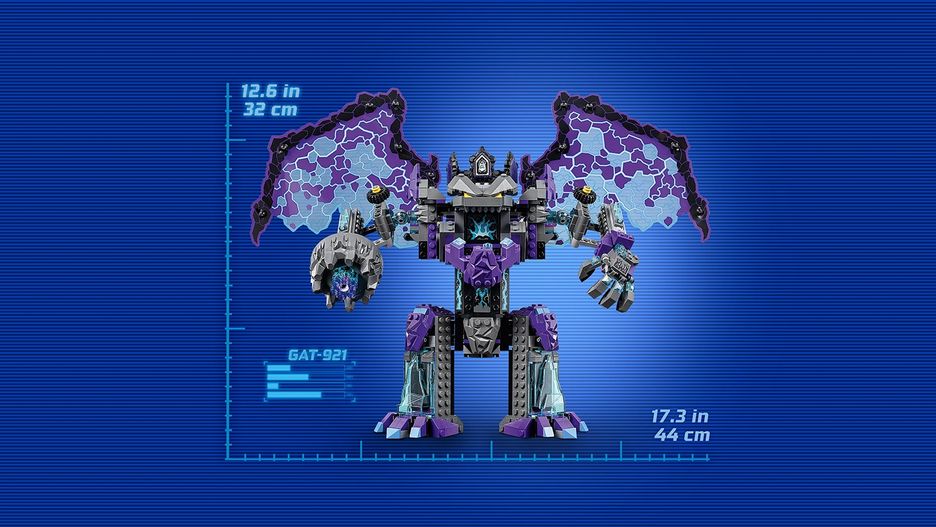 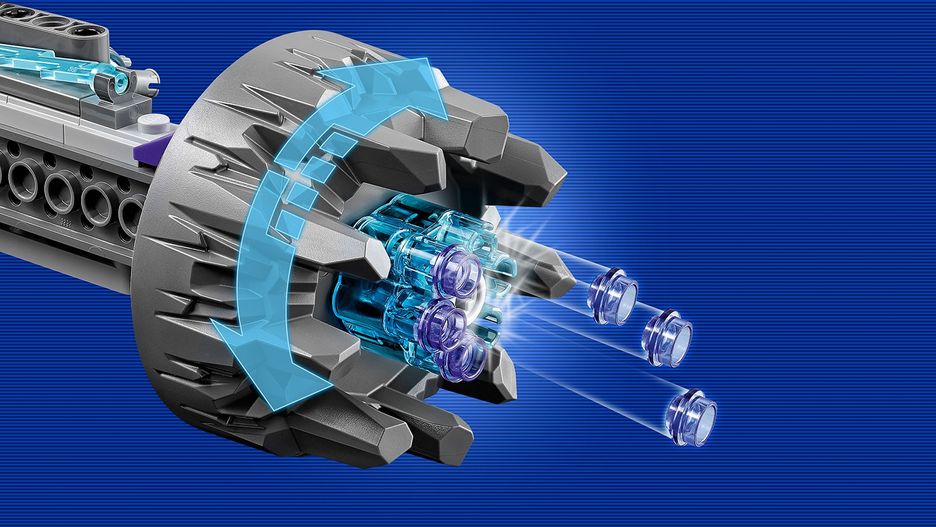 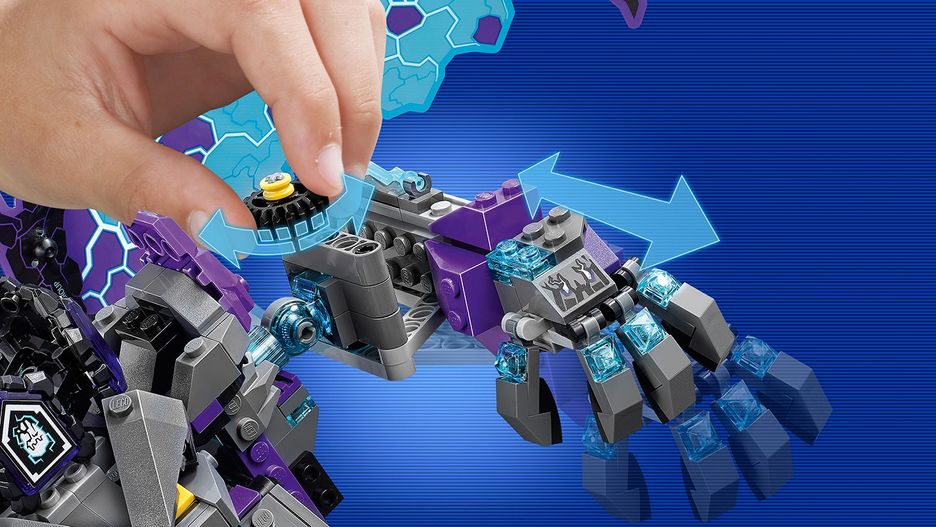 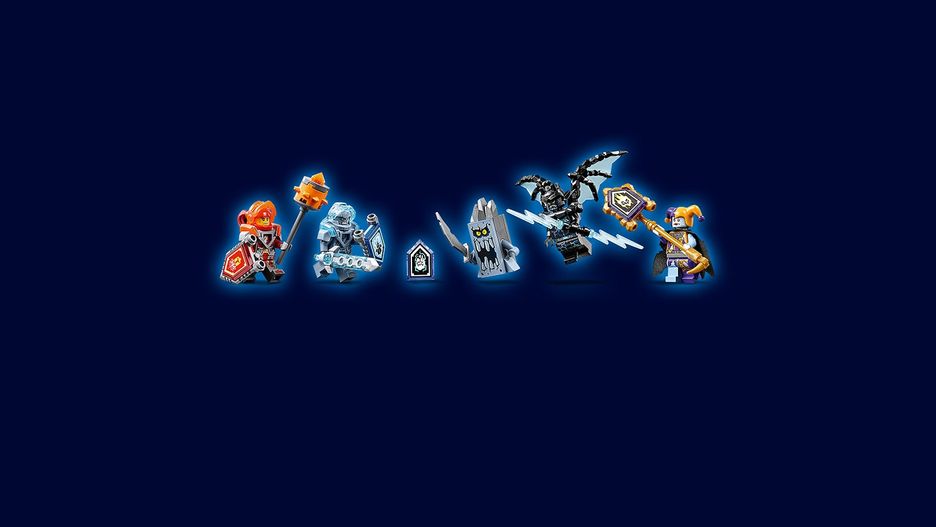