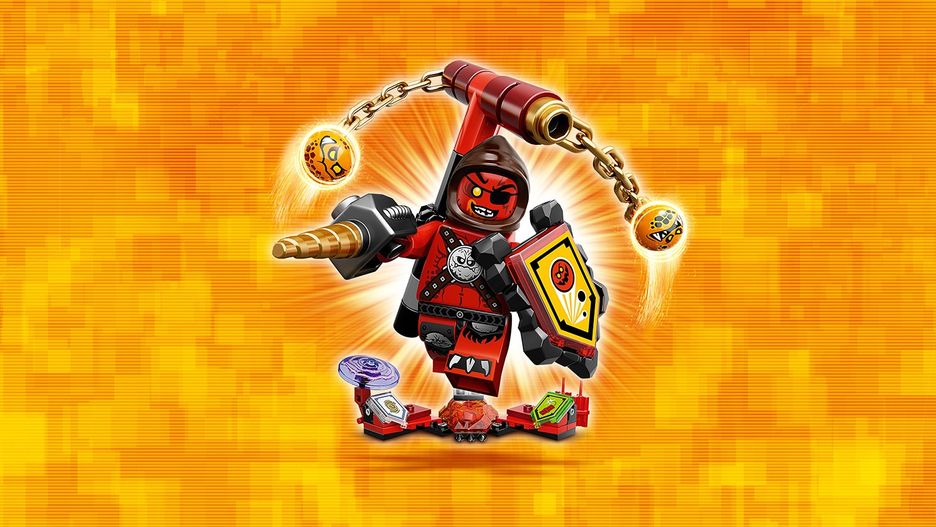 Ultimate Beast Master might have an explosive temper—but this time he's got his hands on dynamite! Throw the sticks at the opponents or whizz the manic Globlins around on chains! Cause more carnage by sucking energy from your enemies. Upgrade your battle skills by scanning shields to obtain 3 NEXO Powers for your digital collection of unique abilities to outsmart your enemies in the free LEGO® NEXO KNIGHTS™: MERLOK 2.0 app. Scan for 3 NEXO Powers: Globlin Attack, Spirit Vortex and Dynamighty. 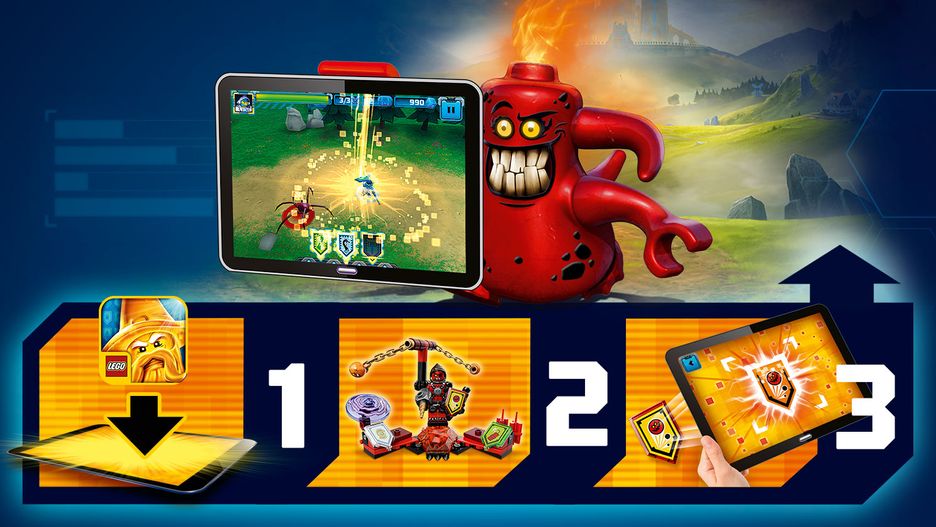