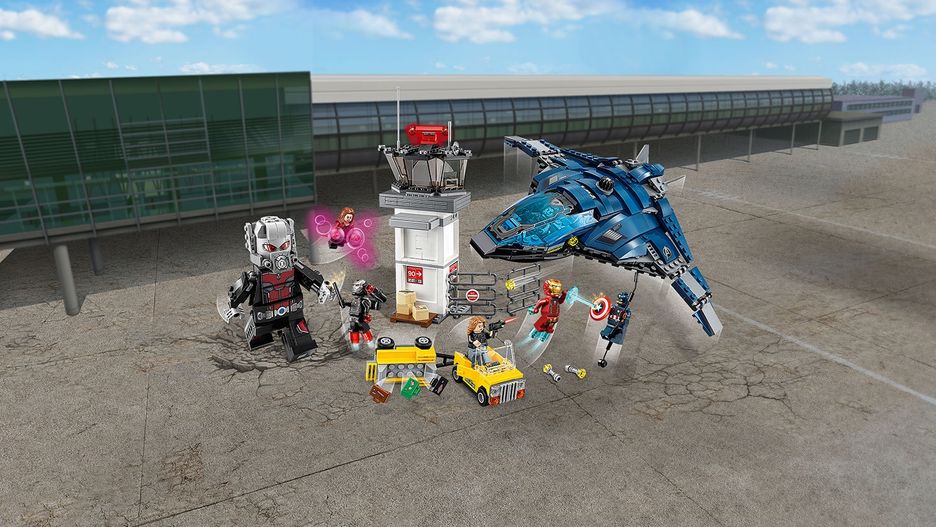 Join forces with Captain America, Scarlet Witch, Ant-Man and Agent 13 to help Winter Soldier escape in the awesome Quinjet. Dodge War Machine's stud shooter. Enter the air traffic control tower through a tiny hole with Ant-Man to explode the boxes in front of the tower. Push the lever in the second-floor office to explode the walls. Explode the luggage cart to send suitcases flying, then transform Ant-Man into Giant Man to take on Iron Man! Flip out the wings of the Quinjet to take off and deploy the hidden stud shooters. Drop the rope for Captain America and fly away! 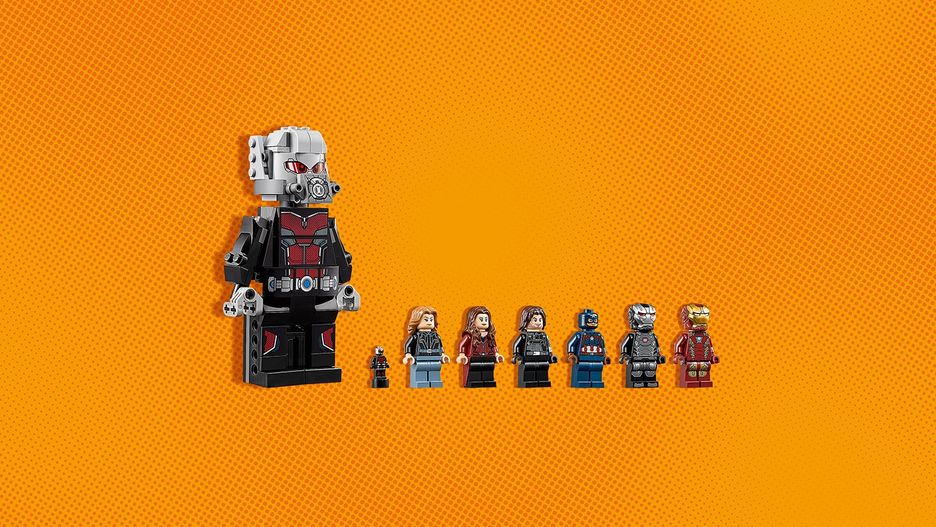 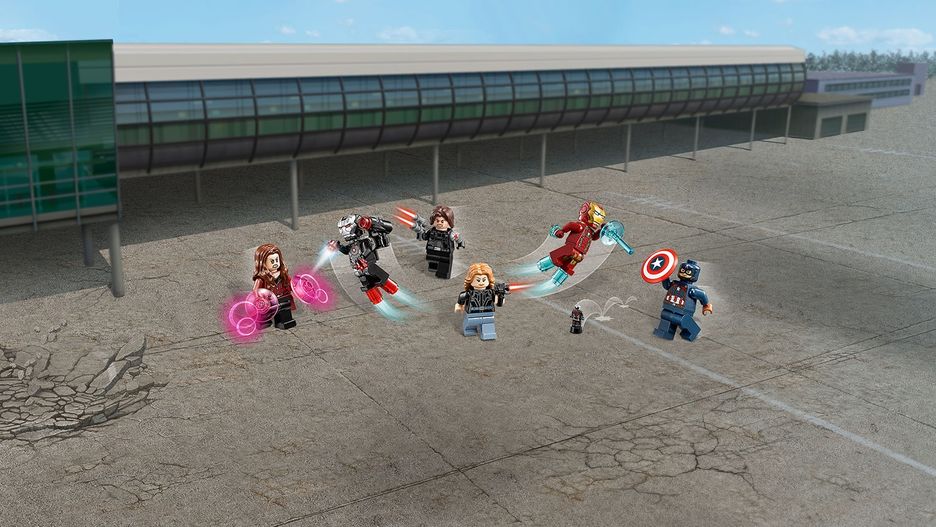 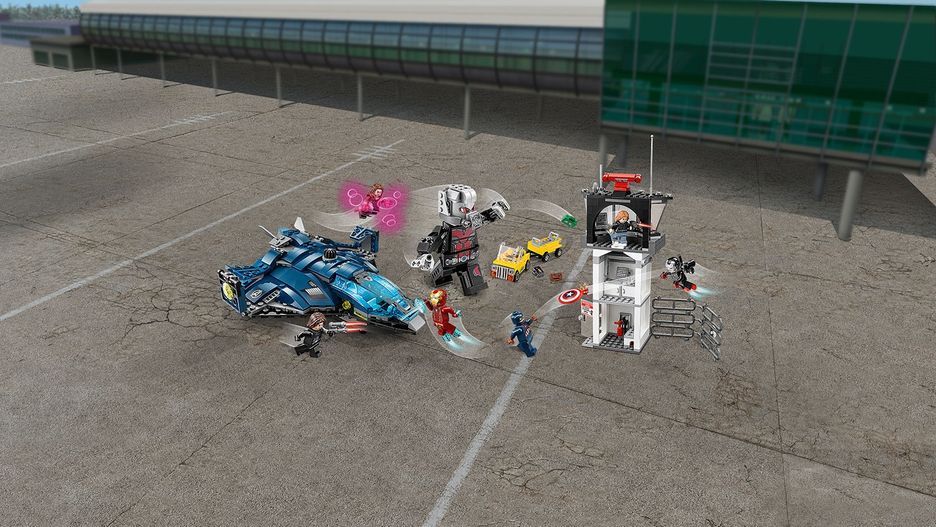 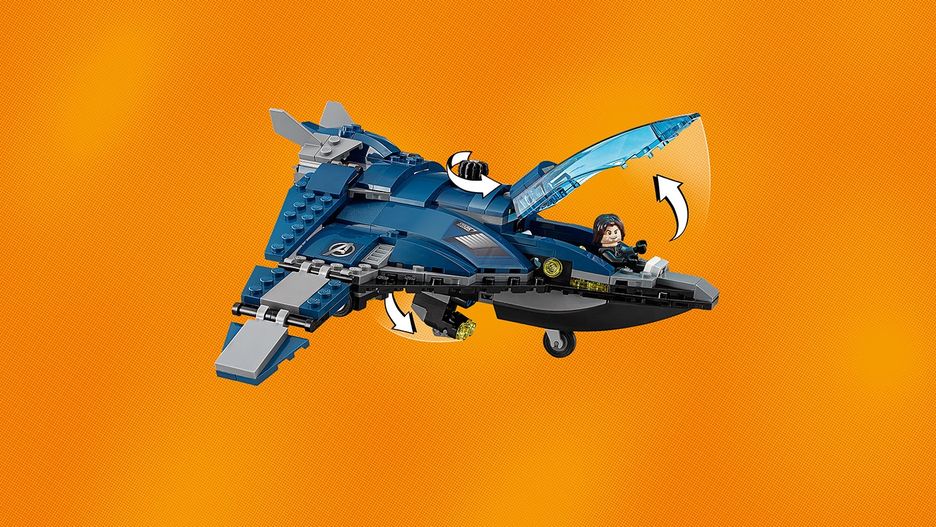 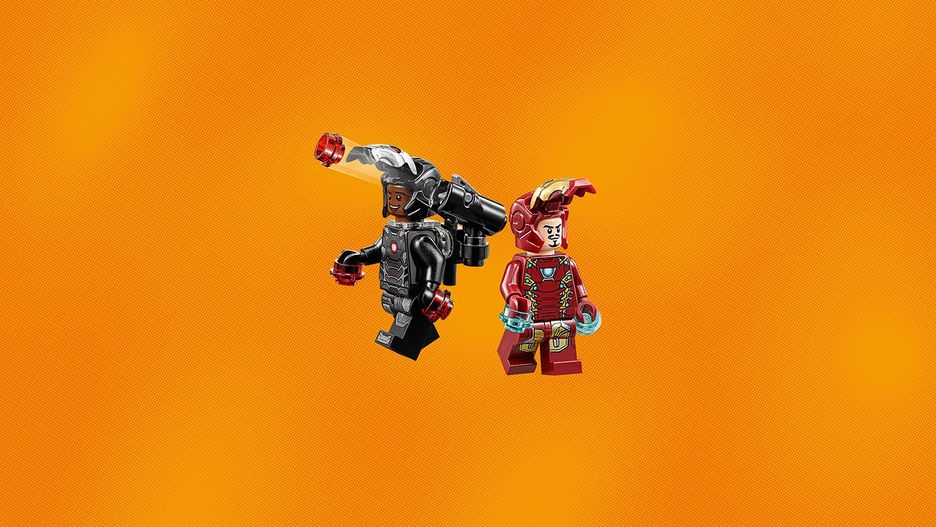 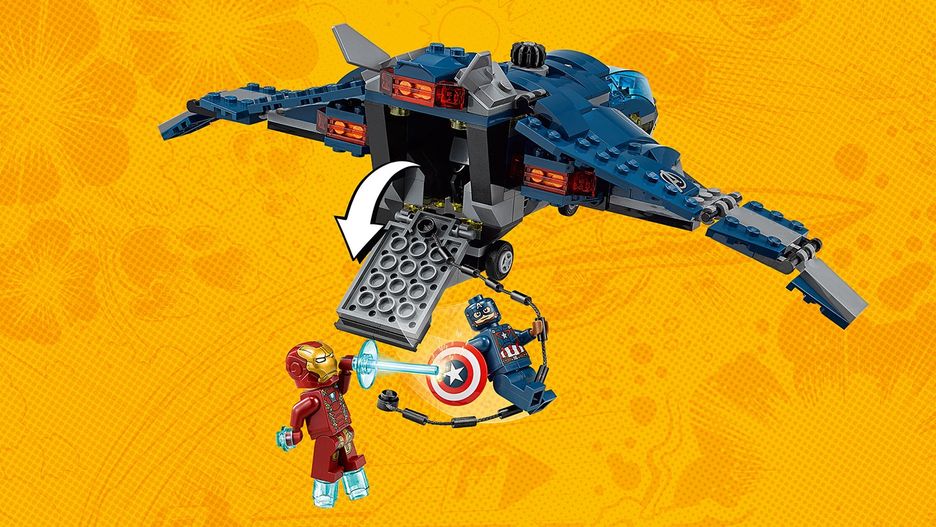