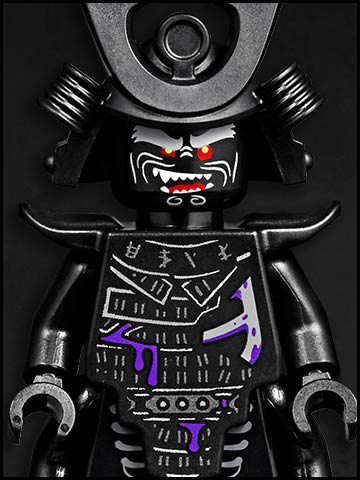 Bitten by the Great Devourer as a child, Wu’s brother turned evil and became Lord Garmadon. When his son Lloyd defeated the menace of the Overlord, Garmadon was finally freed of the poison that flowed through his veins. He became a loving father to Lloyd. When last seen, Garmadon had sacrificed himself to save the NINJAGO® world and was lost in the Cursed Realm.