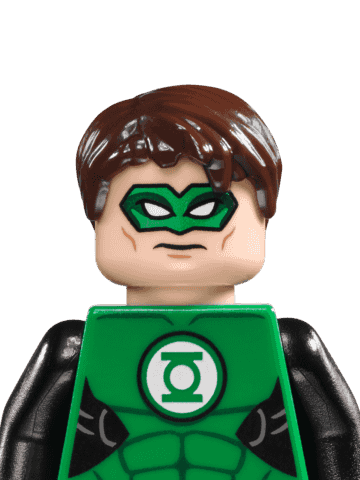 Due to his ability to overcome fear, test pilot Hal Jordan was the first human recruited to the intergalactic police force called the Green Lantern Corps. As a Green Lantern, Hal Jordan wields a power ring which is one of the mightiest weapons in the universe. Fueled by willpower, his ring, creates a protective shield around him, allows him to fly, and create hard-light energy constructs in the form of anything he imagines.