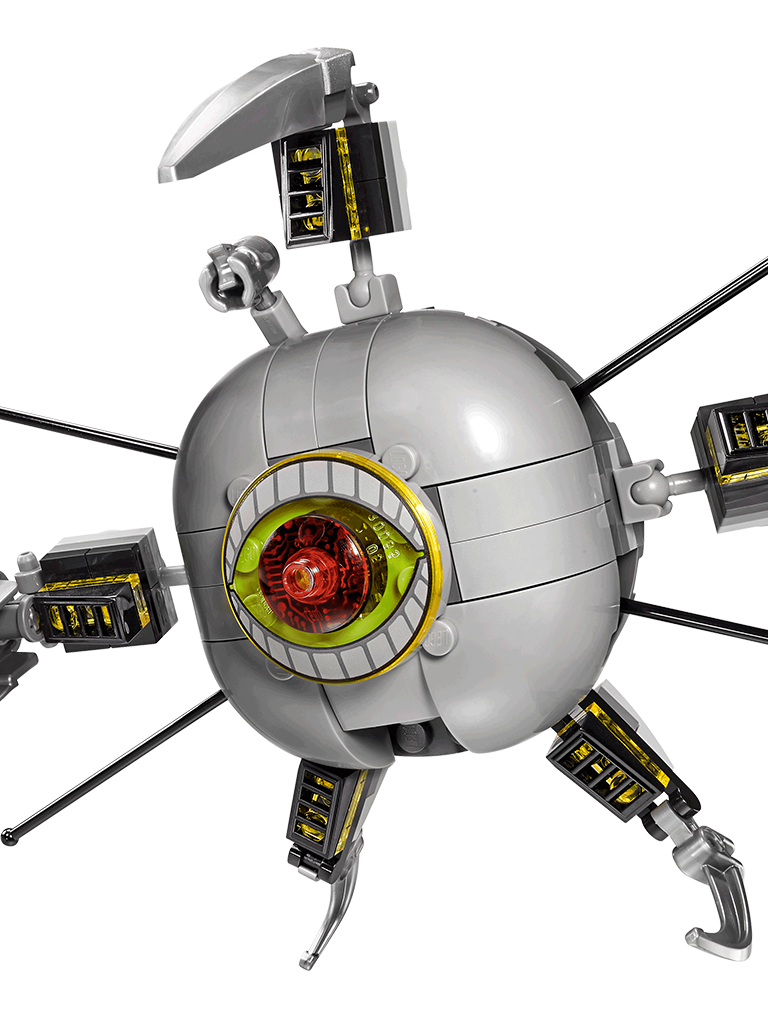 Brother Eye™ is an all-seeing satellite that dispatches its superhuman OMAC™ (Observational Metahuman Activity Construct) cybernetic army wherever needed. It is the most advanced surveillance system in the world and a robotic force to be reckoned with. By spreading a high-tech virus, Brother Eye can infect secret agents across the globe, transforming them into virtually unstoppable OMAC soldiers. Each OMAC is encased in a nearly invulnerable shell and has incredible super-strength and super-speed and can fly. An OMAC soldier is also able to fire destructive energy blasts. Initially created with good intentions by Batman™, Brother Eye ultimately fell into the wrong hands and is now an instrument of evil.