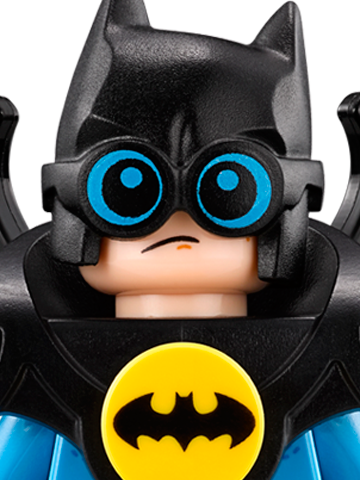 Robin has become…Nightwing! When a sidekick has been through enough battles and helped to defeat enough Super-Villains, they can sometimes graduate to a new super-heroic identity and go out and fight crime all on their own. Or they can just go through Batman’s collection of Batsuits and throw something together in their first week on the job. That’s what Robin did when Batman went missing. Nightwing is just as young and inexperienced and enthusiastic as the regular Robin, but now he’s also got a costume that’s way, way too heavy for him. Good luck out there, kid! Bat-Fact: If he doesn’t put my stuff back in the Batcave where he found it, he’s grounded.