Lloyd – the Elemental Master of Energy!

As the grandson of the First Spinjitzu Master who created the NINJAGO® realm, it was Lloyd’s destiny to become the Green Ninja. However, as a mischievous kid, he nearly took the wrong path in life, trying to be like his evil father Garmadon instead.
It was Lloyd’s wise uncle Wu, brother of Garmadon, who helped him to change his ways. Lloyd reunited with his mother Misako and trained hard to unlock his Golden Powers, becoming the Ultimate Spinjitzu Master and helping the rest of the ninja heroes protect NINJAGO world from Overlord and other enemy threats. The youngest of the ninja team, he has proved himself to be a brave leader who appreciates his friends and believes in the power of teamwork. Wearing his distinctive green ninja outfit, Lloyd minifigures can be found in many LEGO NINJAGO playsets ready for unlimited, exciting role-play adventures. 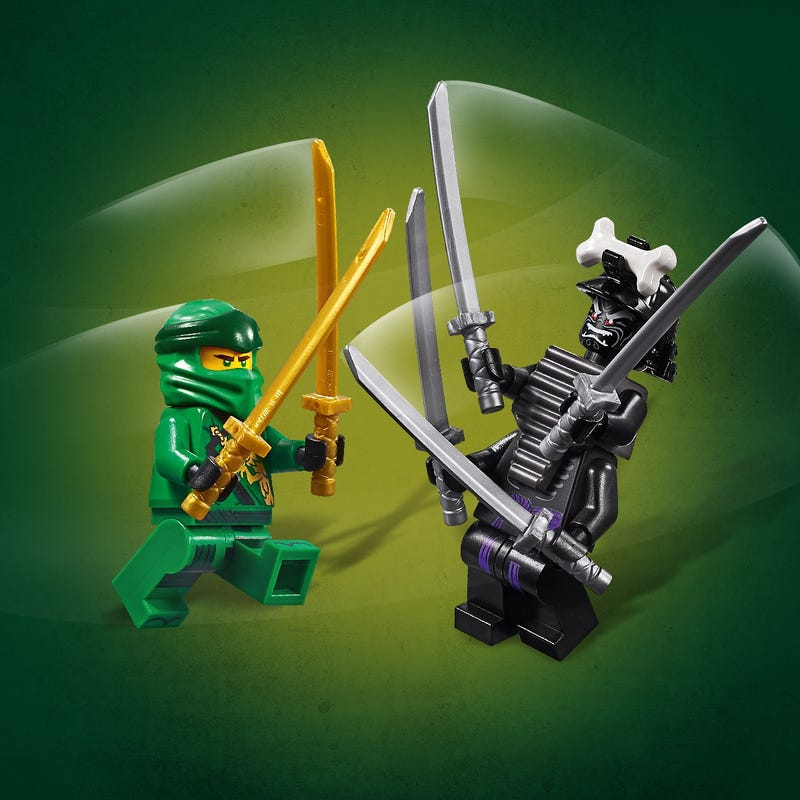 The action-packed LEGO® NINJAGO® Legacy The Ultra Dragon (70679) playset inspires kids to role-play as Lloyd and Wu, riding a 4-headed dragon into battle against evil Lord Garmadon, Pythor and the Serpentine snakes.
Shop now
The awesome dragon has snapping jaws, unfolding wings, a whipping tail and stud shooters in each head, plus a handle for easy flying and swooshability! There are also loads of minifigure weapons, including Lloyd’s 2 gold-colored katanas, to bolster the battle action as children reimagine classic scenes from the NINJAGO Masters of Spinjitzu TV series. 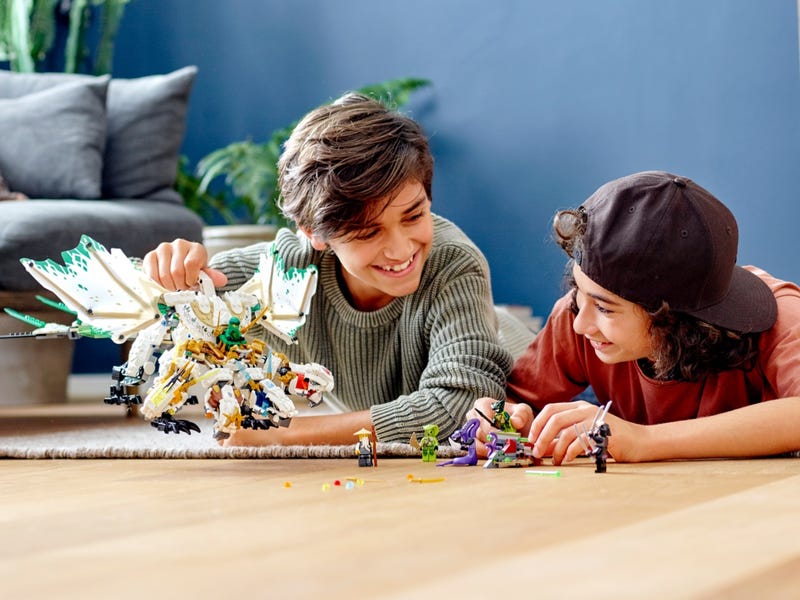