Team up with Tournament Zane and Samurai X to take on the sky pirate foot soldiers with this awesome LEGO® NINJAGO™ Accessory Set! A great gift for fans of LEGO NINJAGO building sets, the 4 included minifigures are armed with an array of cool weapons and accessories to play out epic battles. 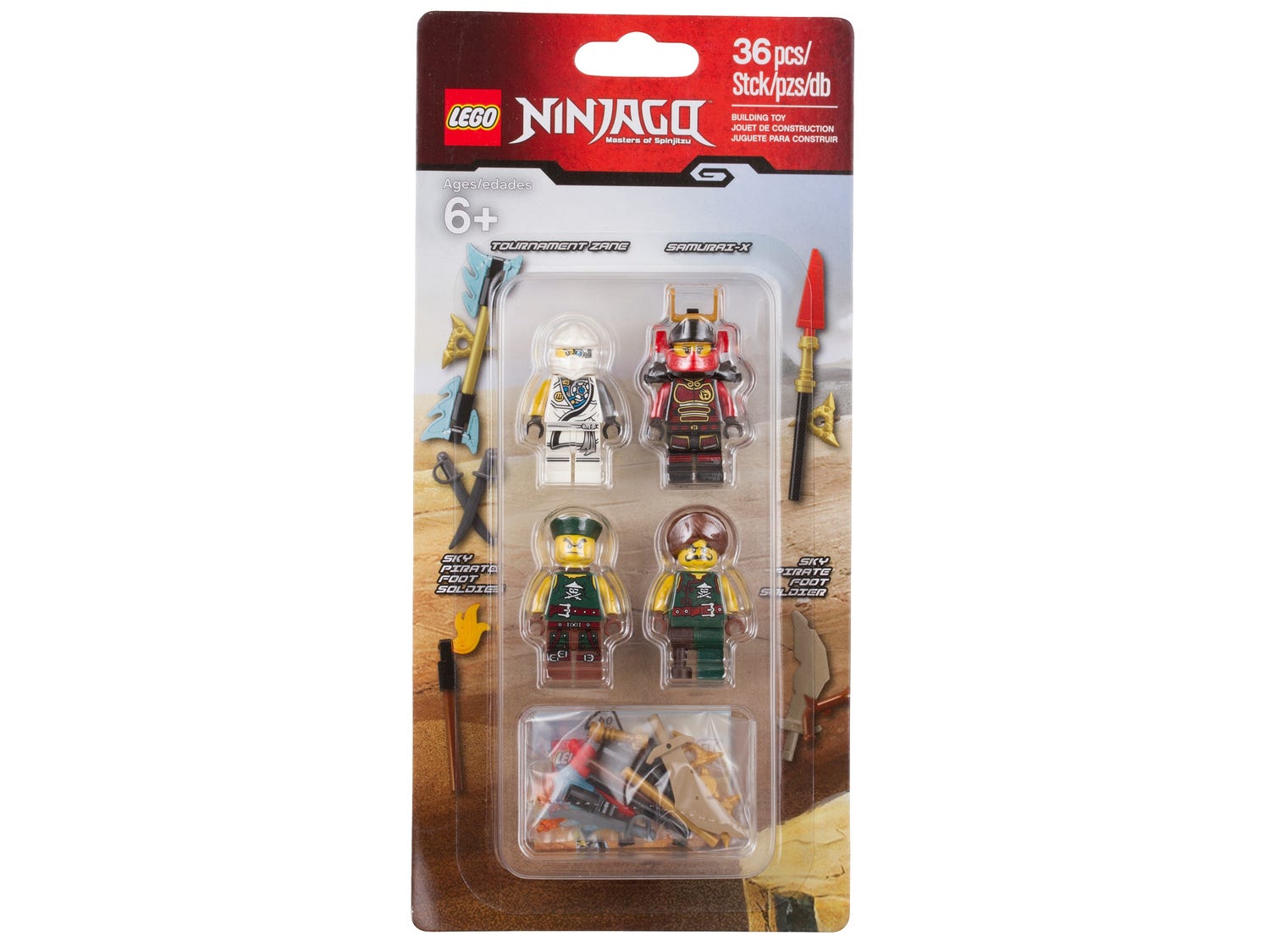