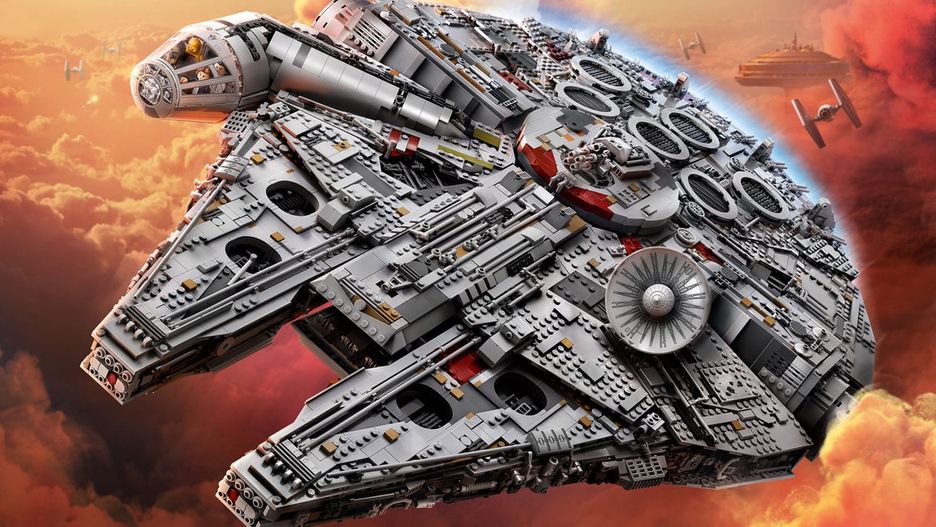 The ultimate LEGO® Star Wars Millennium Falcon has landed! With 7,500 elements, Han Solo’s super-fast Corellian ship is crammed with the coolest details and fun features. Marvel at the intricate hull detailing, sensor dish, upper and lower quad laser cannons, 7 landing legs, lowering boarding ramp and hidden blaster cannon. Seat up to 4 minifigures in the cockpit with detachable canopy and remove the outer panels to reveal the highly detailed interior. The main hold has seating for the minifigures, a Dejarik holographic game, engineering station with a turning seat for a minifigure, and a doorway build with passageway decoration. Make your way to the rear compartment to monitor the hyperdrive from the console. There’s also a hidden floor compartment, 2 escape pod hatches and an access ladder to the gunnery station seat and a detachable hull panel with a fully rotating quad laser cannon. Display the Millennium Falcon alongside your favorite sets for the perfect collector's item… and when you thought it couldn’t get any better, switch out the crew and swap the sensor dish to create either the classic or Episode VII/VIII version of the Millennium Falcon. The Force is strong with this set! 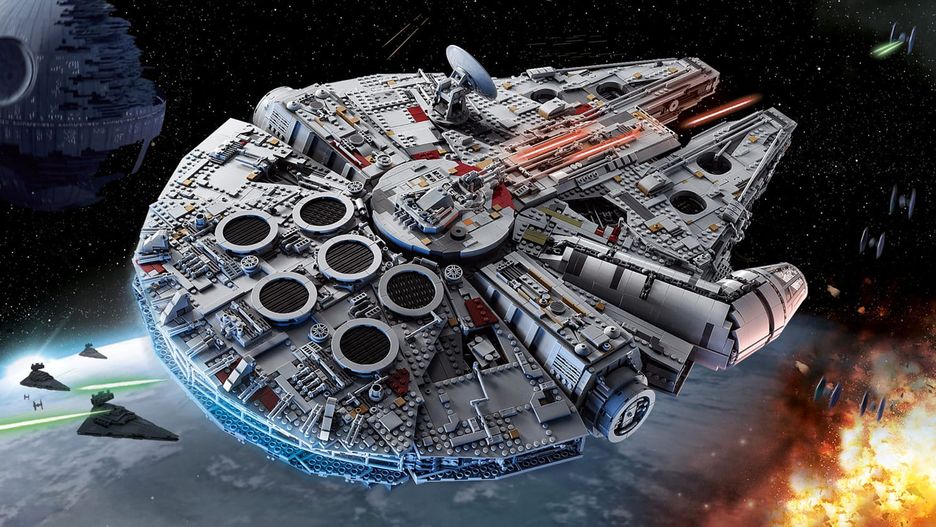 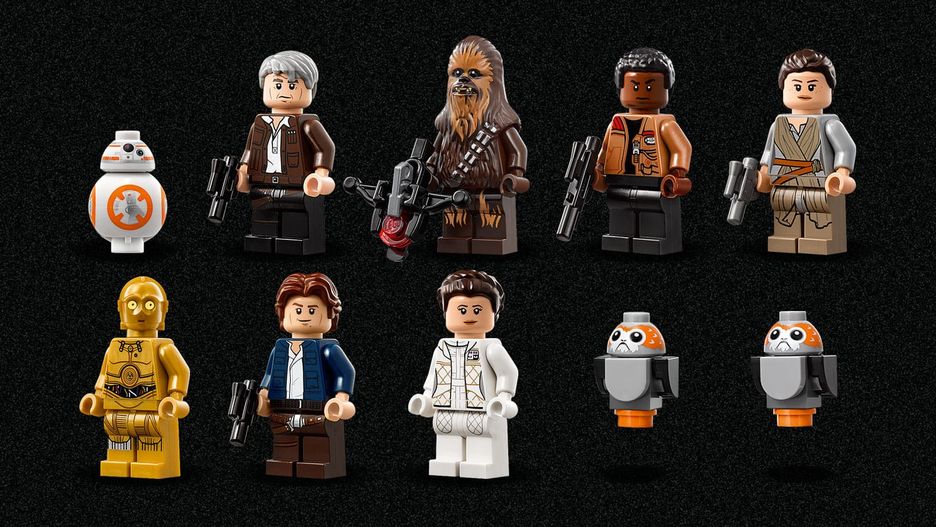 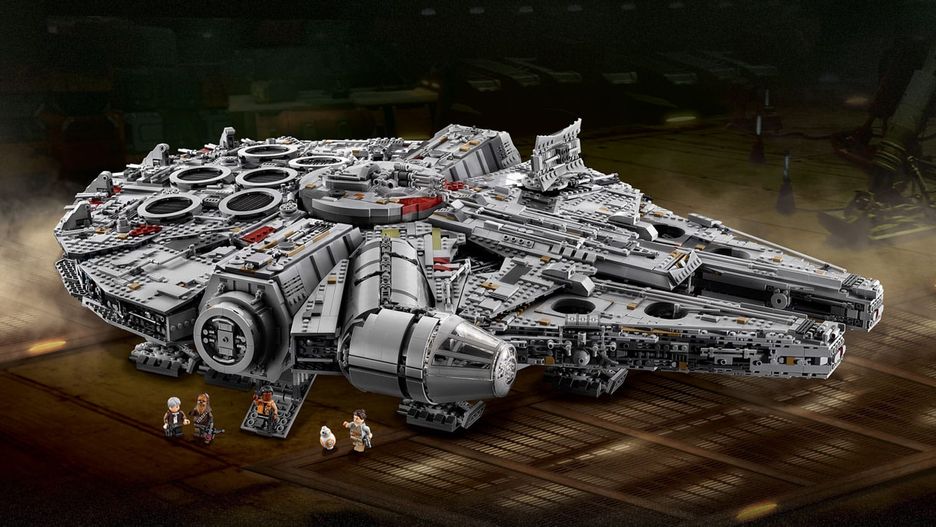 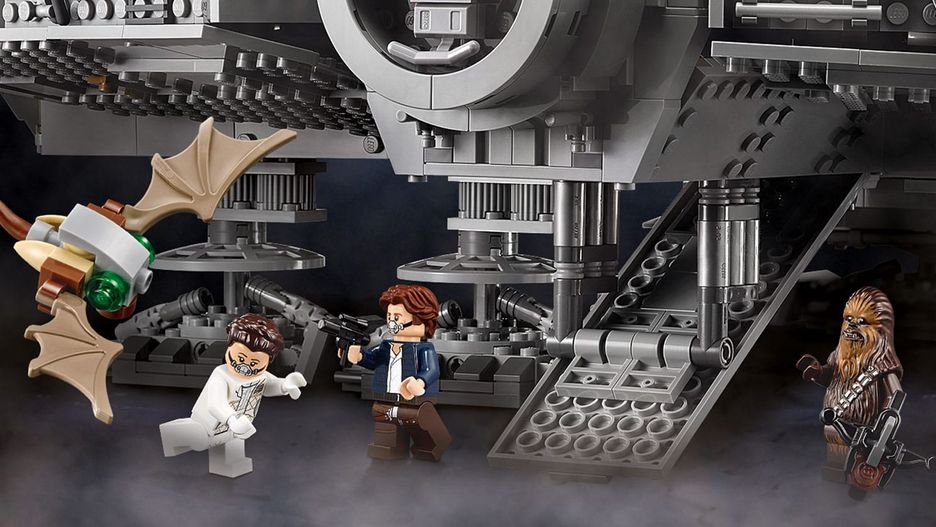 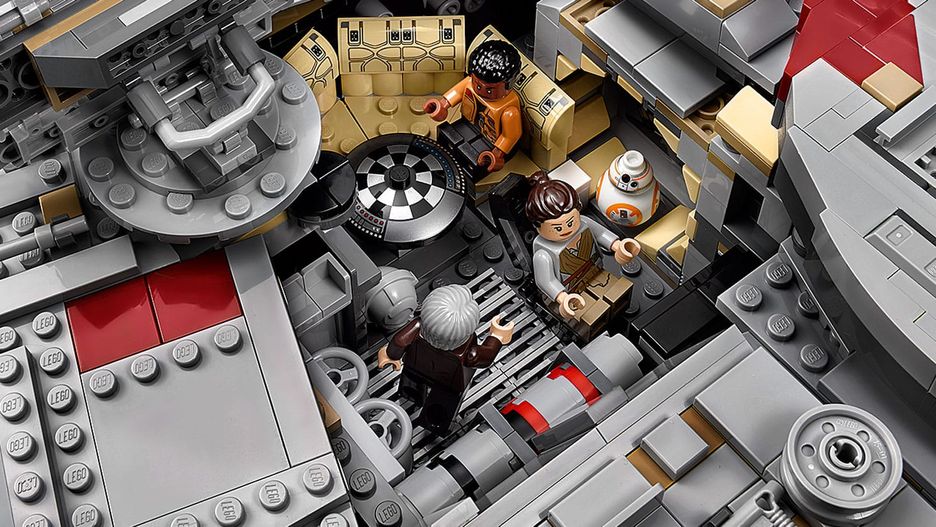