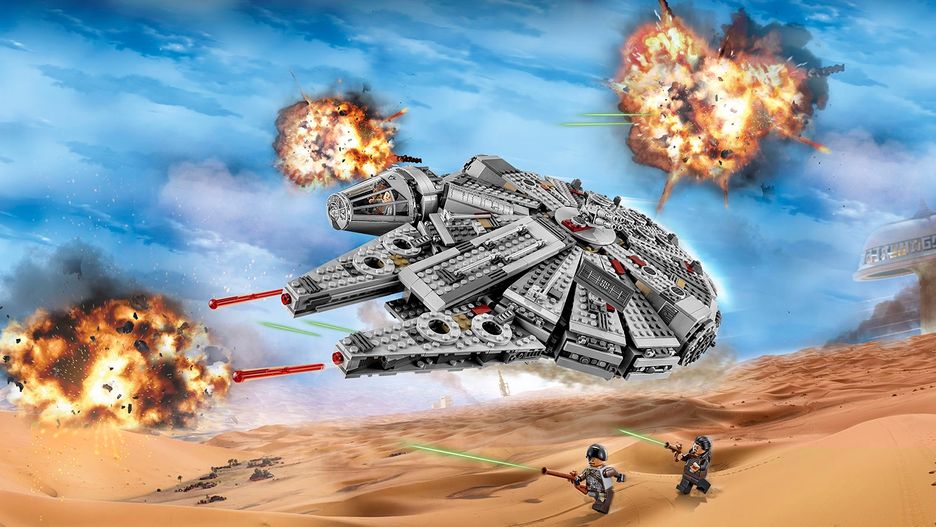 One of the most iconic starships of the Star Wars saga is back, and it's leaner and meaner than ever before! As featured in exciting scenes from Star Wars: The Force Awakens, this latest LEGO® version of the Millennium Falcon is crammed with new and updated external features, including an even more streamlined and detailed design, detachable cockpit with space for 2 minifigures, rotating top and bottom laser turrets with hatch and space for a minifigure, dual spring-loaded shooters, sensor dish,ramp and an entrance hatch. Open up the hull plates to reveal even more great new and updated details inside, including the main hold with seating area and holochess board, more detailed hyperdrive, secret compartment, extra boxes and cables, and storage for spring-loaded shooter ammo. And of course no LEGO Millennium Falcon model would be complete without Han Solo and Chewbacca, as well as other great characters from Star Wars: The Force Awakens. Activate the hyperdrive and set course for LEGO Star Wars fun! Includes 6 minifigures with assorted weapons: Rey, Finn, Han Solo, Chewbacca, Tasu Leech and a Kanjiklub Gang Member, plus a BB-8 Astromech Droid. 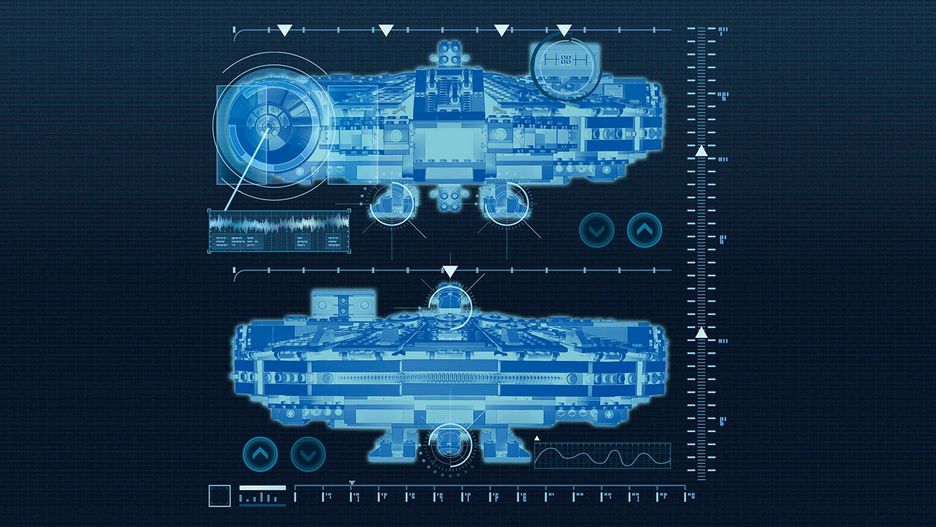 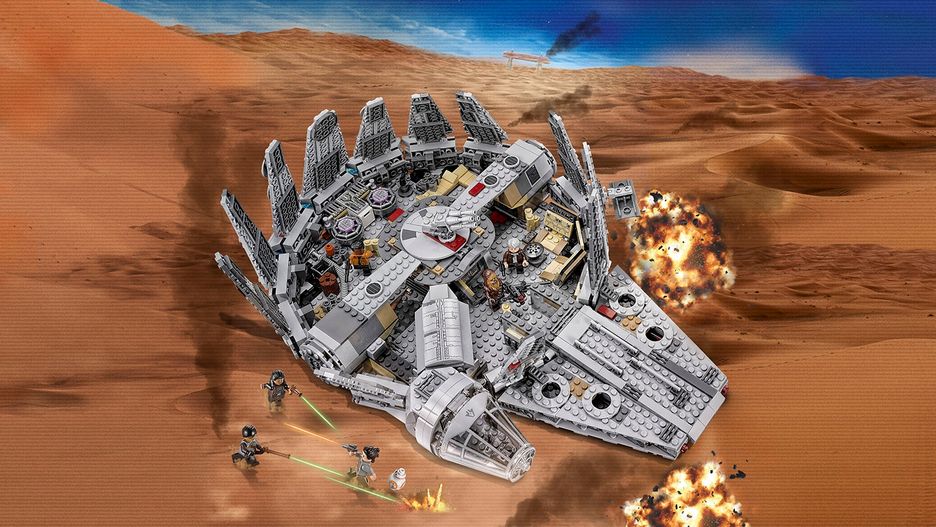 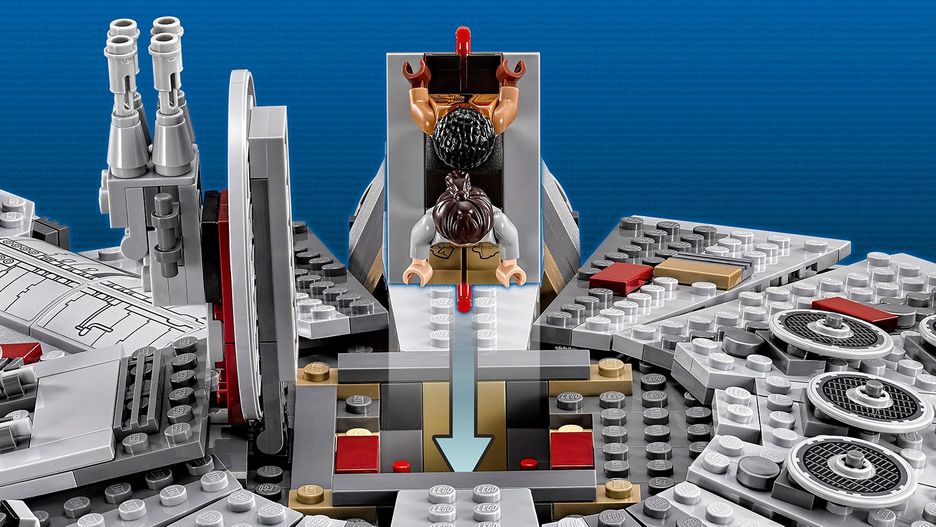 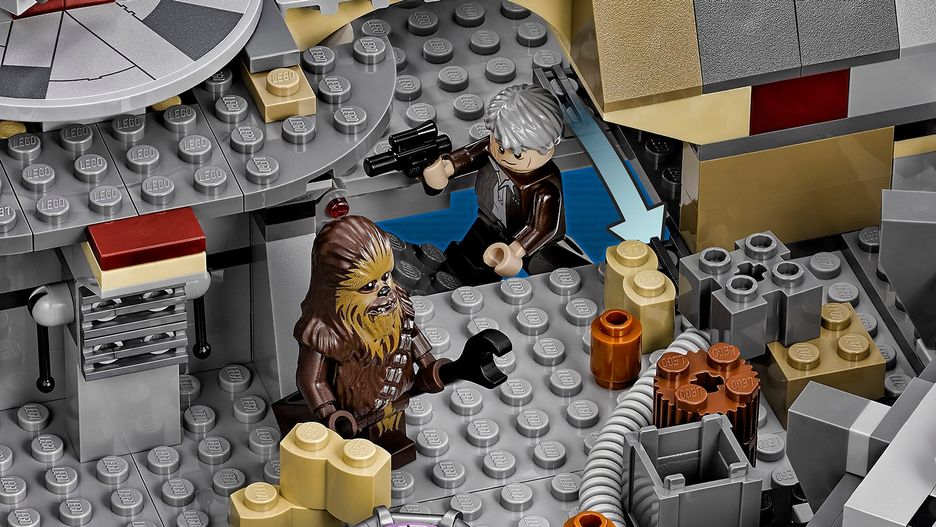 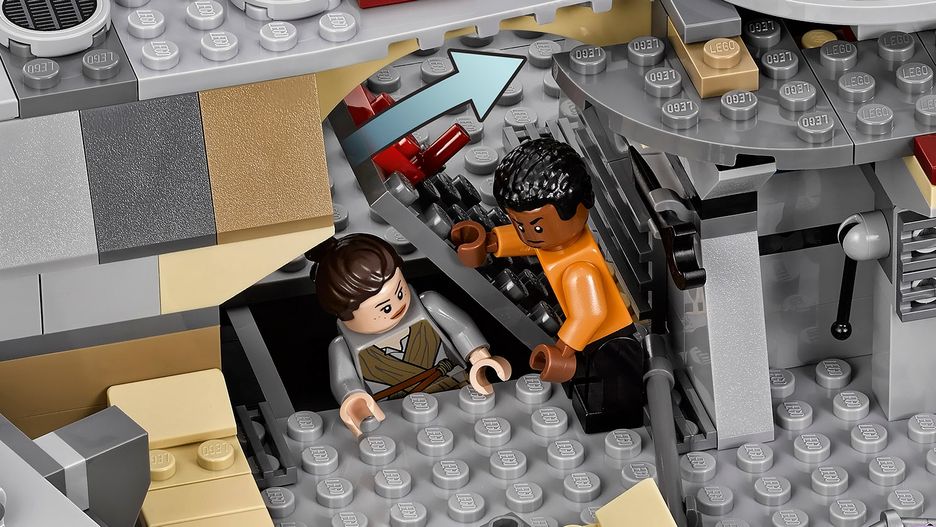 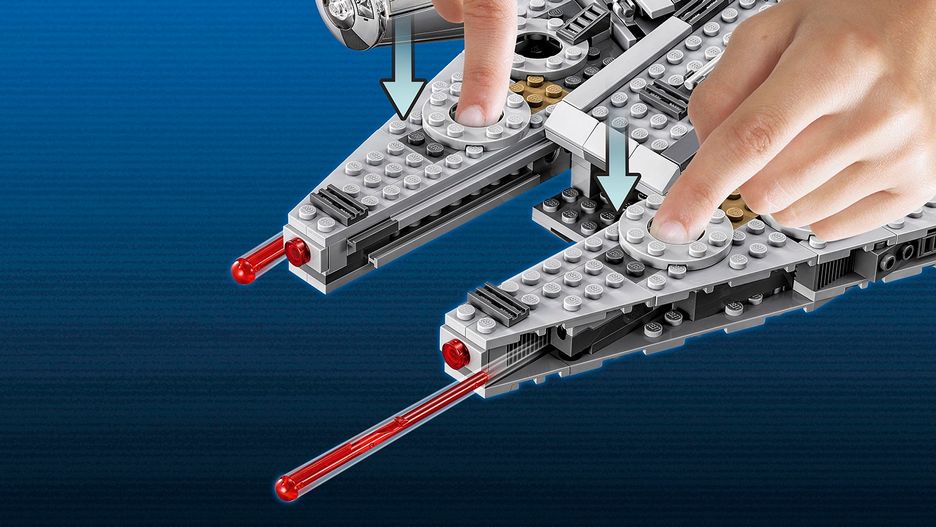