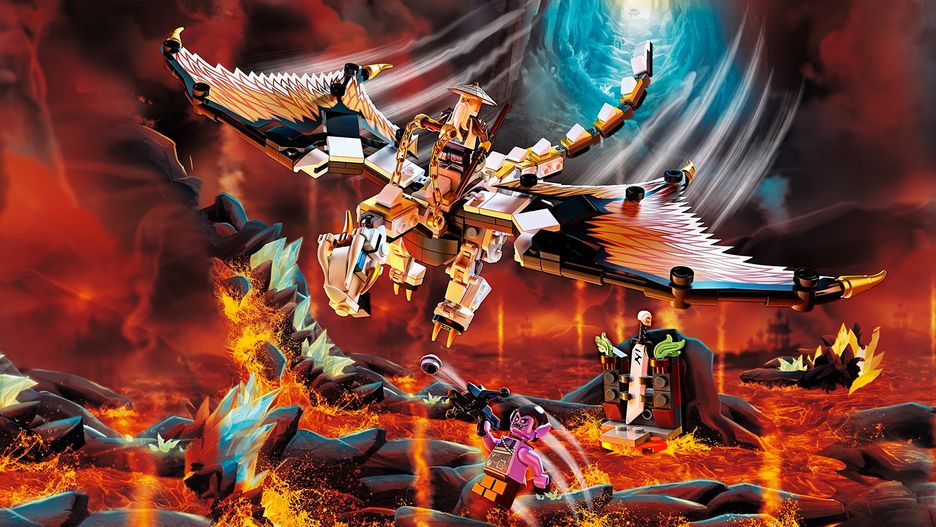 Fly Hero Wu on his brave dragon into action-packed battles inside the Dungeons of Shintaro! Place Hero Wu on top of the dragon and soar into battle as you compete with the fearsome Gleck for the prized Ivory Blade of Deliverance. Watch out as Gleck takes aim at you with his crossbow! It is essential that Hero Wu triumphs to help secure his escape from this scary underground world! 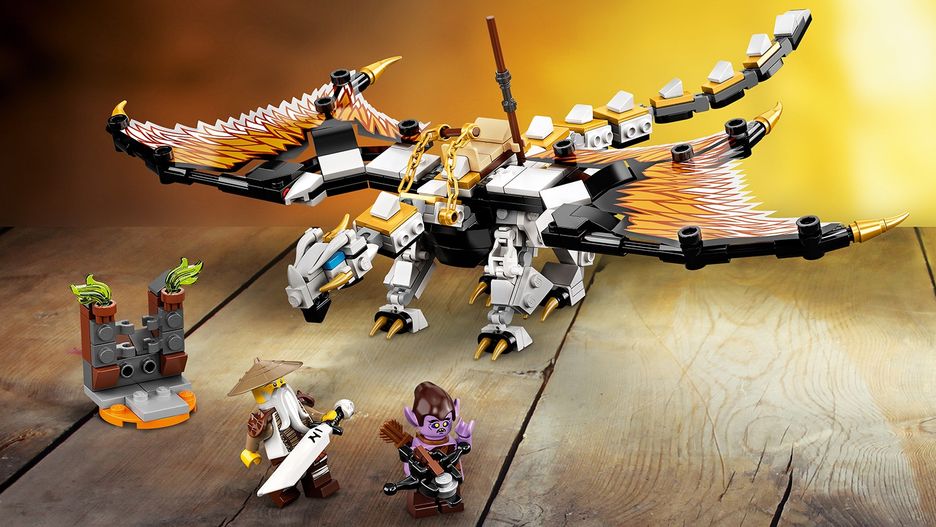 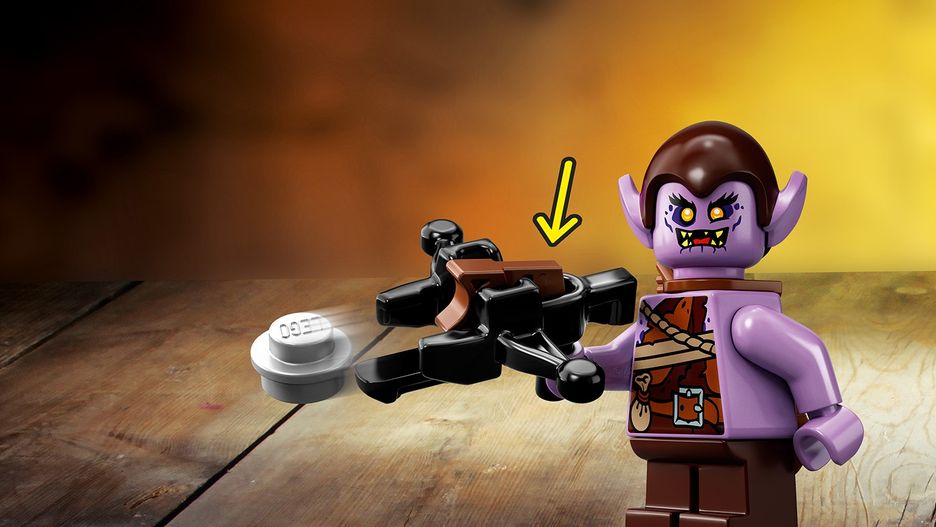