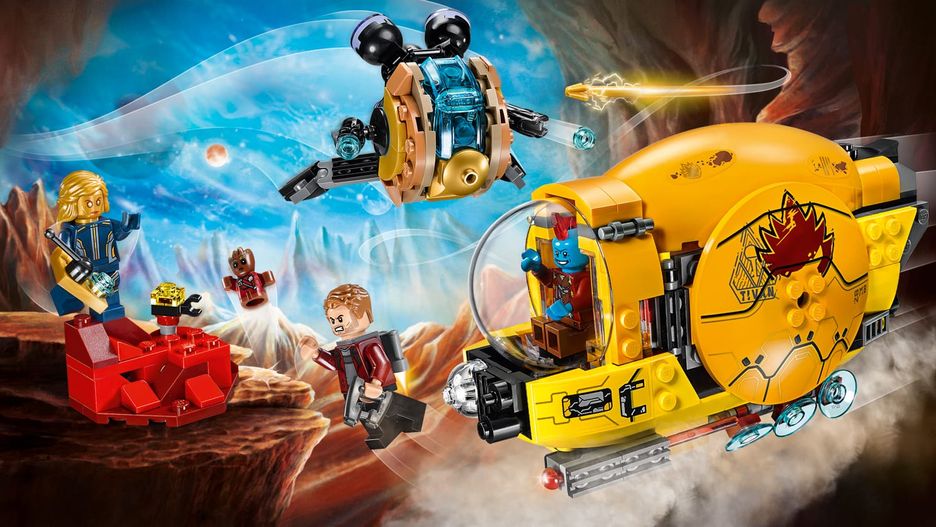 Ayesha is attacking Star-Lord with her remote-controlled Golden Drone spaceship! Fly Yondu in the Laser Drill to the rescue and fire its powerful spring-loaded missile at the red cliff, and send Ayesha tumbling over the edge. Together the Guardians of the Galaxy Super Heroes can win!