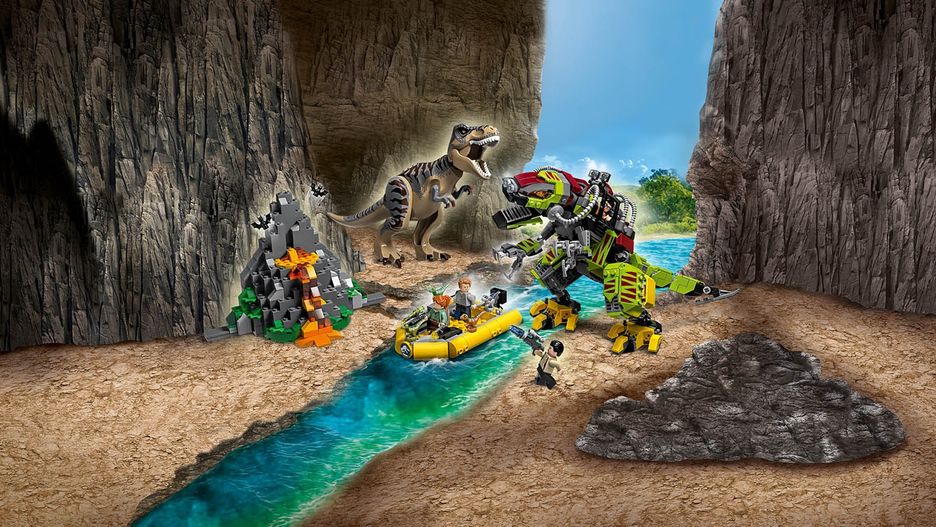 Danger! Danny Nedermeyer is roaming Jurassic World park in his huge Dino-Mech on a mission to steal the treasure hidden in the Isla Nublar volcano. But first he has to face the mighty T. rex. Jump in the boat with Owen Grady, Claire Dearing, Vic Hoskins—plus baby velociraptors Blue, Delta, Echo and Charlie—and speed to the battle scene. Fire the boat's stud shooters at the Dino-Mech. Put the T. rex to sleep with the tranquilizer gun. You must stop Danny before he finds a way to smash into the volcanic rock and steal the treasure!