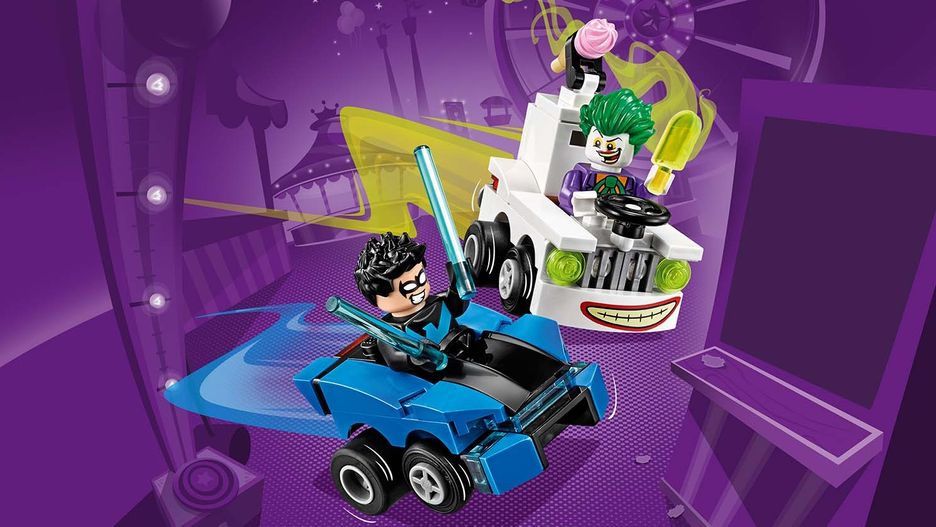 Chase after The Joker’s ice cream truck with Nightwing™ with this super-cool LEGO® DC Super Heroes 76093 Mighty Micros: Nightwing™ vs. The Joker™! Intercept the clown prince of crime and attack with the baton. Grab the ice cream from the truck’s trunk and get away. Then chill out, but beware of eating the ice cream—it might be poisonous! 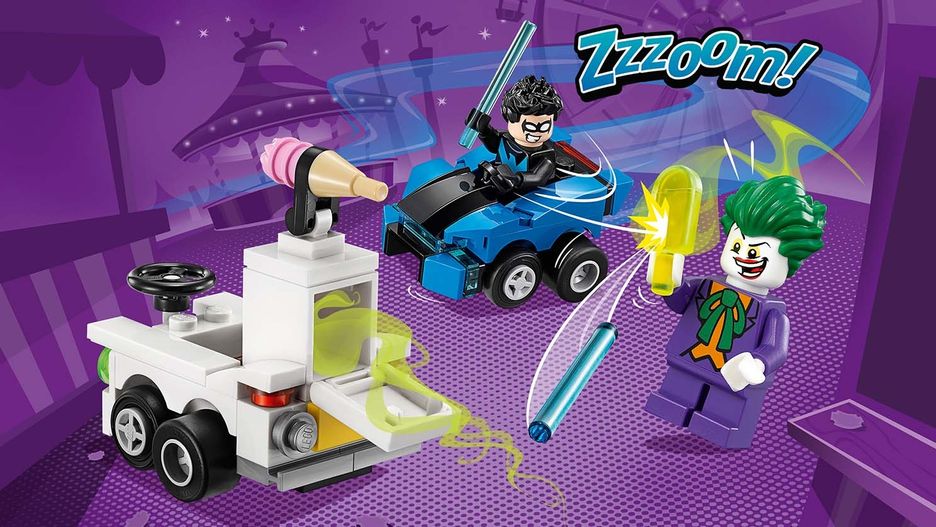