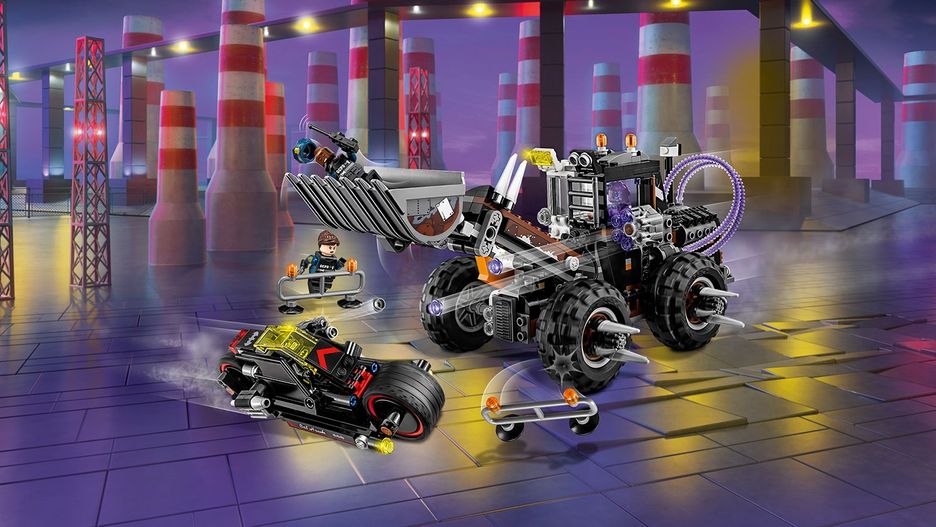 Two-Face™ is demolishing everything in his way with his awesome excavator. Jump into the cockpit of the Batcycle with Batman™ and race to stop him—you must get there fast before the GCPD officers get lifted up in the giant bucket! Just like Two-Face himself, the excavator has a ‘good side' and a ‘bad side'. Swerve the dangerous spikes on the wheels on the bad side and dodge the 6-stud rapid shooter. Fire back with the Batcycle's rotating double stud shooter and rotating flick missile shooter! Beware of Two-Face’s tommy gun and take down that Super-Villain with Batman’s 2 Batarangs!