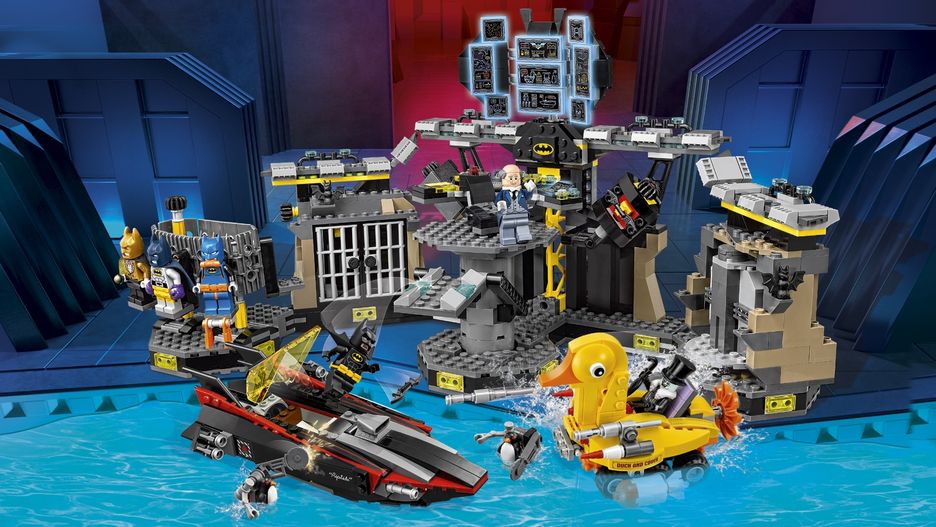 The Penguin™ has broken in on his Duckmobile and is about to uncover all of Batman’s secrets! Transform from Bruce Wayne™ into Batman™. Find the intruders on the Batcomputer screens in the rotating control center. Select the Scu-Batsuit, Raging Batsuit or The Bat-Pack Batsuit from the wardrobe and get ready for battle! Attack with the Batboat's spring-loaded missiles and stud shooters and steer clear of the Duckmobile's weapons. Capture the penguin invaders in the prison cell… but watch out, they could explode their way out again!