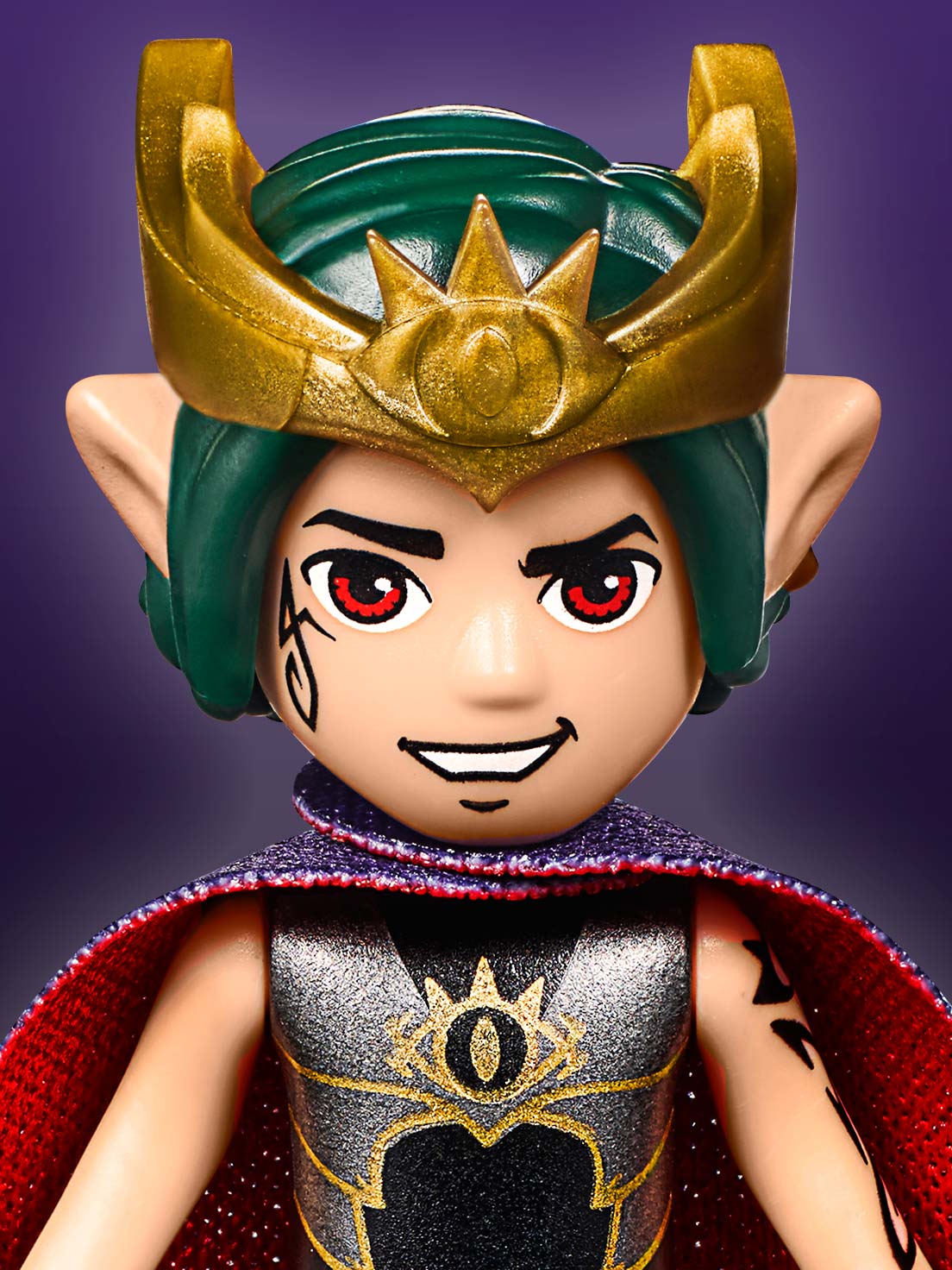 The Goblin King is not actually a goblin… He is a power-hungry elf who wants to create a perfect world. By perfect, he means one where he’s the king of everything. He will destroy or curse anything that stands in his way. He uses his Shadow Amulet and his dark magic to mind-control the weak-minded goblins. And now he is after Emily’s amulet to make his kingdom even bigger! Powers: Dark magic, mind-control Strengths: Powerful, smart, charming, handsome Flaws: Lies to get what he wants, moody, has a bad temper. Skills: Can control his temper if it means he can trick others into giving him what he wants. Favorite things: Making his kingdom bigger. Did you know: He can sleep with his eyes open!