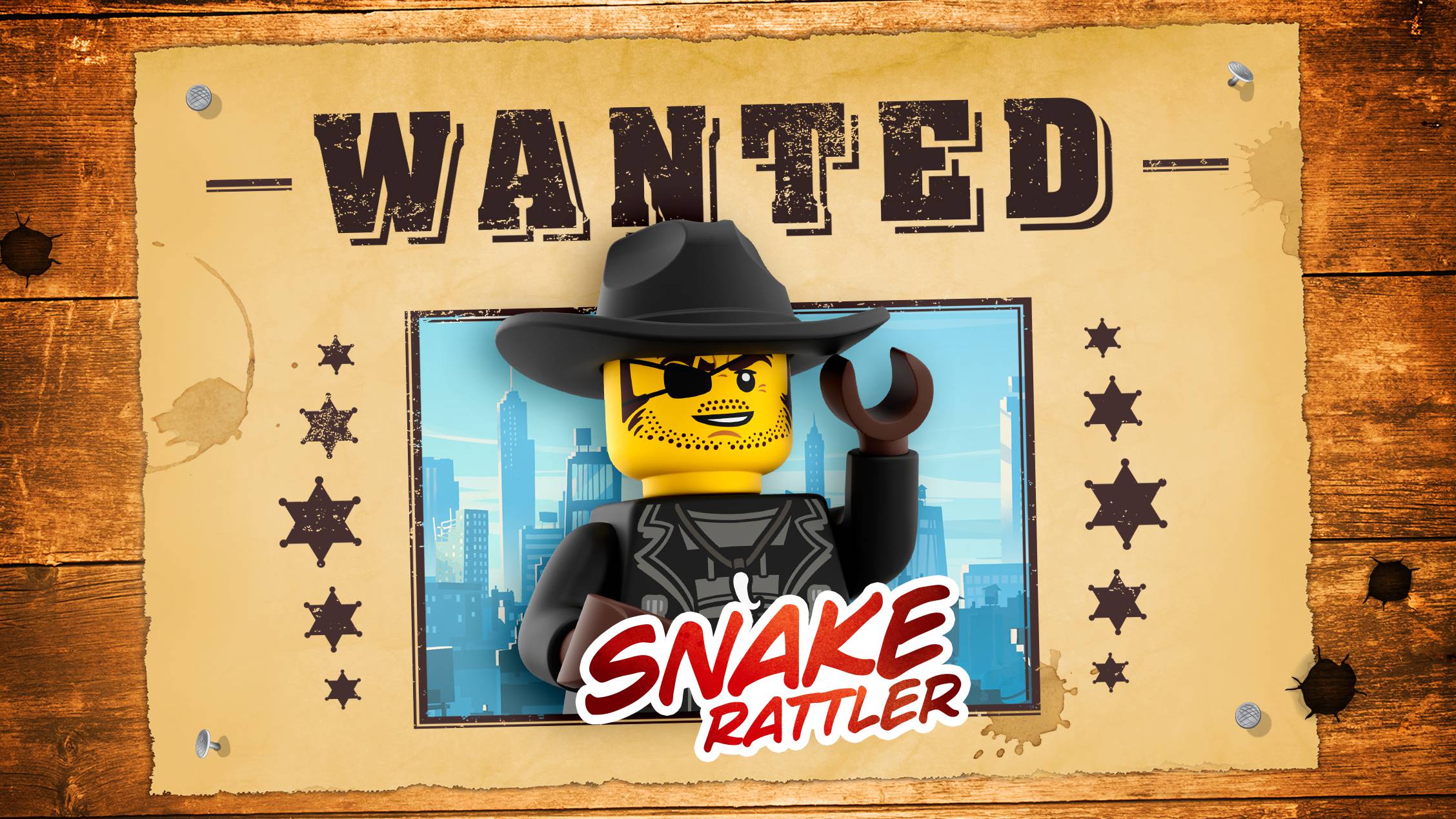 With his eyepatch and black cowboy hat, Snake Rattler is a fish out of water in the modern world of LEGO® City. Though a loner at heart, Snake just can’t stay away from fellow crook Daisy Kaboom. Since his arrival on a railway cart, Snake has established an infamous reputation for a string of crimes. These include numerous heists, framing good guys and threatening police officers with soda cans. This slithering crook was last seen racing from a crime scene with a safe full of diamonds!