Let battle commence in the Tournament of Elements! Team up with Kai in his unique tournament outfit against evil Anacondrai warrior Krait. Stage a hand-to-hand duel with Kai’s sword and Krait’s skull axe. Avoid the trap step, which triggers 2 slashing swords, and get to the double Jade Blade first to win the bout! Includes 2 minifigures with assorted weapons and accessories: Kai and Krait. 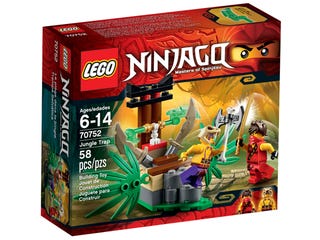