The Lunar New Year (also known as Chinese New Year) celebrations marks the start of the Chinese calendar, and is a time when people embrace traditions like gift-giving, fireworks, ceremonial dances, and more.

In honour of the festivities, here are few Lunar New Year LEGO® sets to share with kids and families. 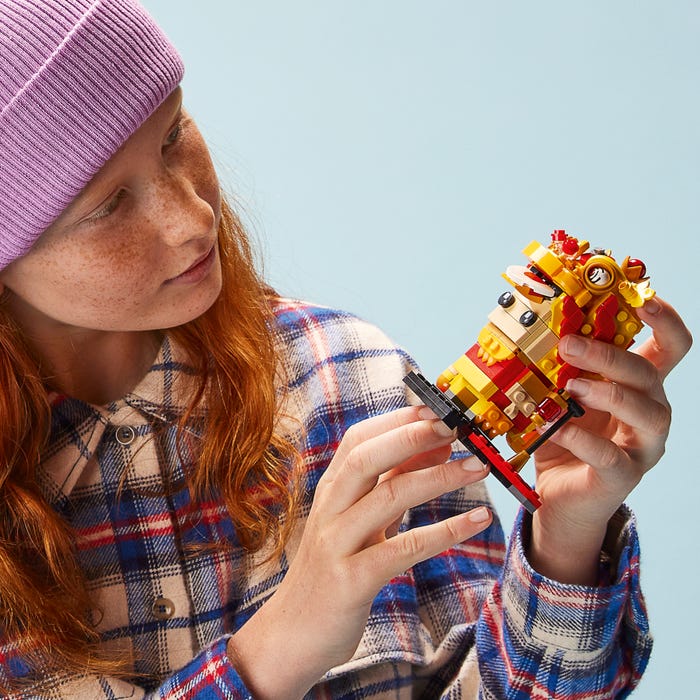 Inspired by the traditional Chinese lion dance, this colourful set features a movable mouth to change the lion’s expressions and makes the ideal display piece on Lunar New Year and beyond.

The figure comes with two drums and a classic red lantern and can be situated on the baseplate to go with other BrickHeadz™ models or removed for play by children aged 10 and up! 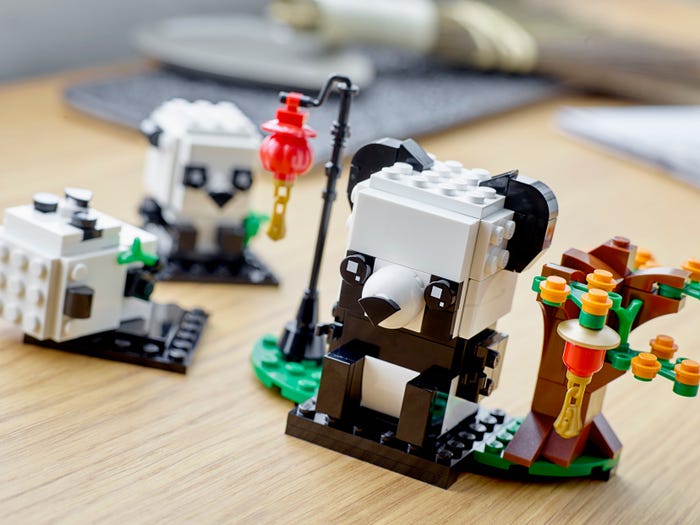 A cool display piece for someone looking to decorate their space, these pandas are celebrating Chinese New Year traditions with a red lantern and a buildable mandarin orange tree, a symbol for good luck.

The caring and cute mother panda rests in the main part of the display, while the two cubs, each with their own baseplate for configurable layout, are sitting and lying down. Show them off together or spread them around a room. 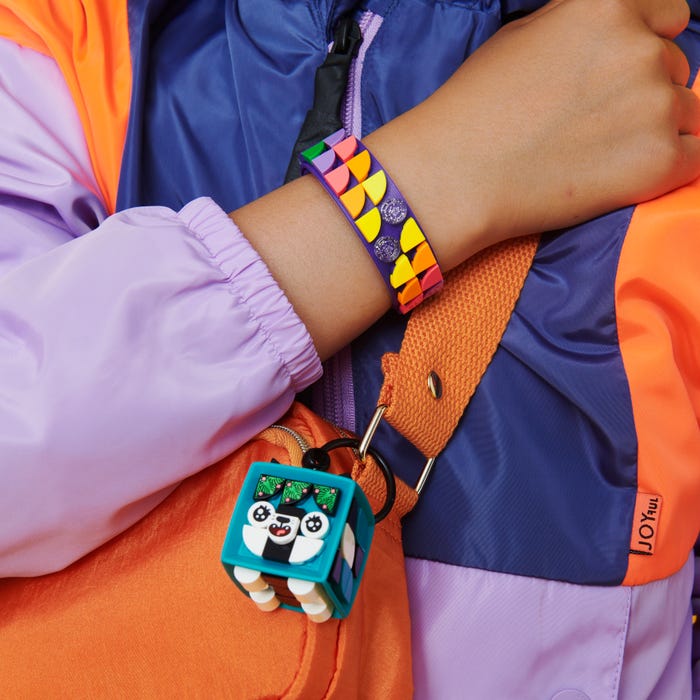 Add a bold new look to a classic Chinese emblem with this great tiger-themed accessory kit!

Kids can add tropical and neon tiles to the bracelet and wear it or share it with friends as a stylish friendship bracelet. The pieces can be moved and replaced depending on their mood or outfit so they’re always in fashion.

Make it a matching set with the bag tag by adding neon and glitter tiles in cool colours - or combine both parts with other DOTS sets and create a look that’s completely unique. 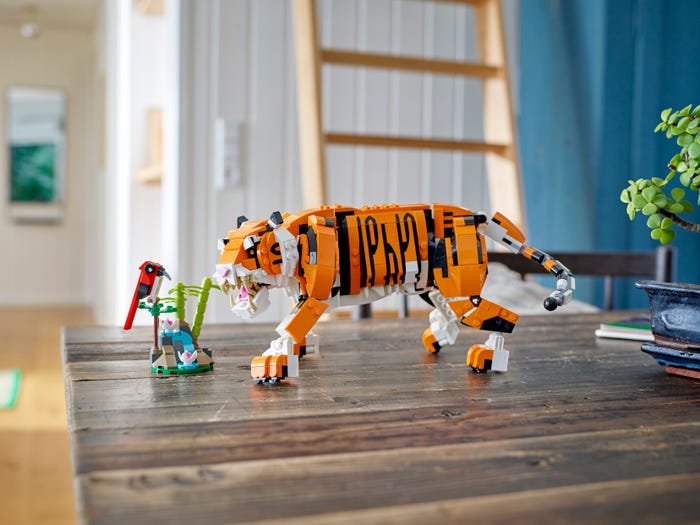 Make Lunar New Year a roaring success with this powerful tiger toy. Kids aged nine and up can take on the building challenge of 755 pieces, then bring it to life with fully posable action – kids will pounce on the chance to play with this mighty tiger!

Delve even further into Chinese wildlife as the set reassembles into a red panda with a bonsai tree and bamboo, or a koi fish with water lilies. 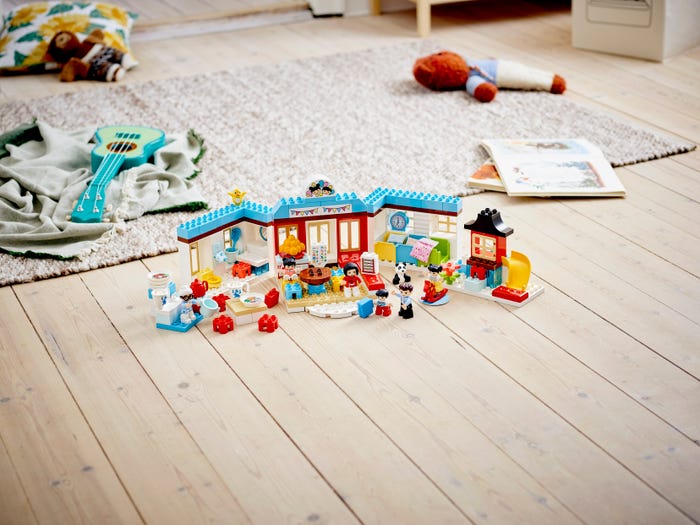 Help young ones learn about Chinese culture and embrace their first steps into school life with this great two-in-one set.

Build the set as either “Kindergarden” or “Lunar New Year celebrations” and rebuild it into the endless possibilities that further comes with this construction set full of amazing details such as traditional red envelopes and delicious dumplings.

All details in this set are carefully design to bring learning through play across with focus at training fine motor skills as well as building the opportunities for your child to develop its emotional intelligence. 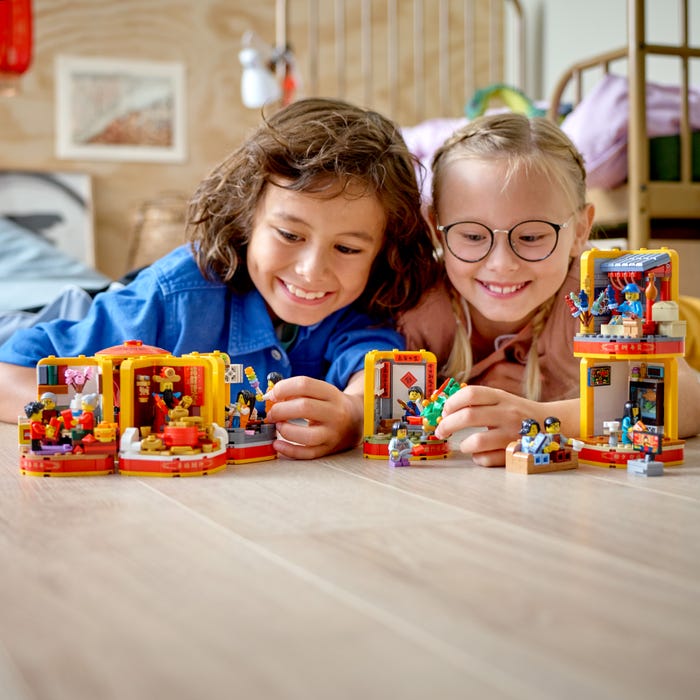 Children aged eight and up can learn more about the Chinese New Year with these six different brick-built scenes exploring all the different traditions!

There’s food shopping, a scene with minifigures assembling good-luck decorations, a scene with a family visit, and the exchange of traditional “Hongbao” red envelopes, with 12 LEGO® minifigures for play and display, including a whole family as well as a shopkeeper and the God of Wealth.

The scenes all come with separate instructions which makes this a great set to create together as a family. Bring the holiday to life! 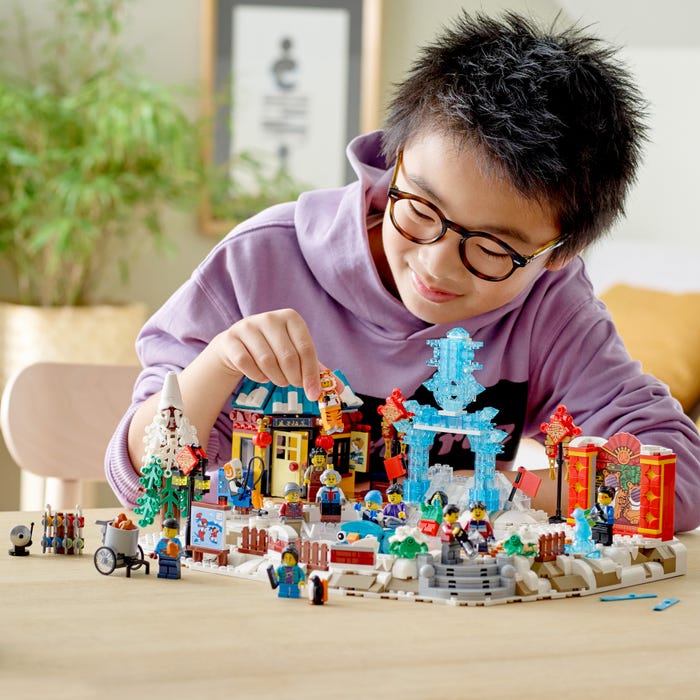 This cool set is the perfect gift for celebrating the Lunar New Year. With 1,519 pieces, it makes for a great set for young builders, who can put together scenes like an ice sculptor at work with a giant penguin ice sculpture and the frozen lake.

There’s a sledding penguin to catch up with, and space for the minifigures to play hockey, or go fishing and skiing down a slope.

There is so much to explore and plenty of minifigures to play with, including a person in a tiger costume to mark the Year of the Tiger! 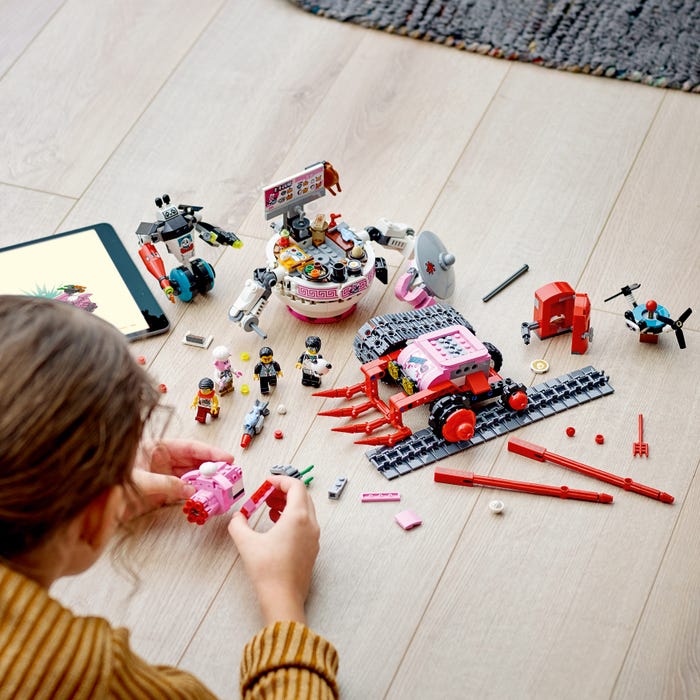 Children will love engaging with the classic Chinese legend of the Monkey King with this reimagining of the story in a cool action style!

They can drive Pigsy’s Noodle Tank around and fight with Pan’s stud-shooting Speedy Panda robot. The tank comes with a fun rotating kitchen with loads of food, a disc shooter in the fridge for a fun surprise, as well as a six-stud rapid shooter and a front rake that moves as the tank drives forwards for extra firepower.

The set also includes a food-delivery-box-dropping panda drone and four minifigures, so the fun will continue well after Lunar New Year. 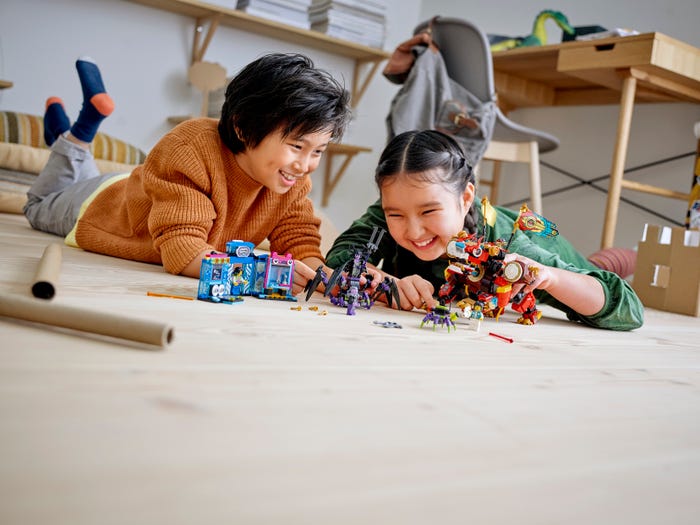 The Spider Queen’s battle rig has movable legs and its own shooters, as well as a posable robotic spider to fight off.

The set is based on the original Chinese legend of the Monkey King, and includes minifigures of Monkie Kid with The Golden Staff, Mei with the Jade Dragon Blade, Huntsman with a rifle, Spider Queen and Lu.

Love is in the air – and your dear one will love these amazing and adorable LEGO Valentine’s Day sets. Build them together for a sweet shared activity!