As the 2022 Formula 1 season races towards us, the teams are beginning to unveil their new cars.

One team hoping to build on the momentum of the last few seasons is McLaren. We’re incredibly excited that at the same time that they’re launching their new car, we are launching the LEGO® Technic™ McLaren Formula 1™ Race Car set.

Based on the new McLaren car, this is our first branded LEGO Technic Formula 1 car, and it’s precisely engineered with realistic details, such as an engine with moving pistons, and the chassis, suspension, tires and front wing are all almost identical to the new car (just a little smaller).

To celebrate the launch of the new LEGO Technic McLaren Formula 1 Race Car set, we caught up with McLaren F1 driver Lando Norris. 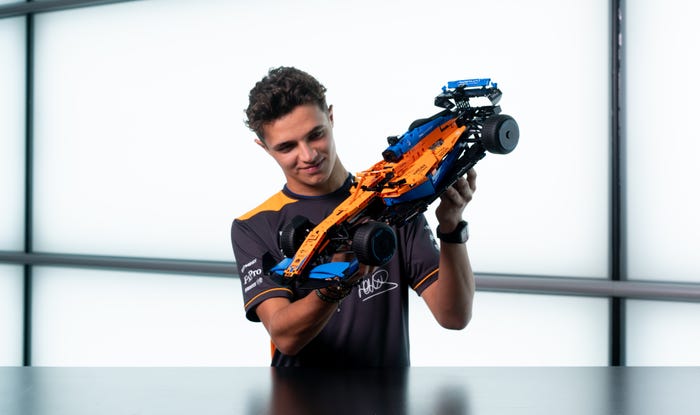 While many people know Lando as the youngest ever British Formula 1 driver, who has also been incredibly impressive since his breakthrough season, fewer people know that he’s a huge fan of building LEGO sets.

We asked him a few questions about his experience as a LEGO builder.

Getting off to a fast start 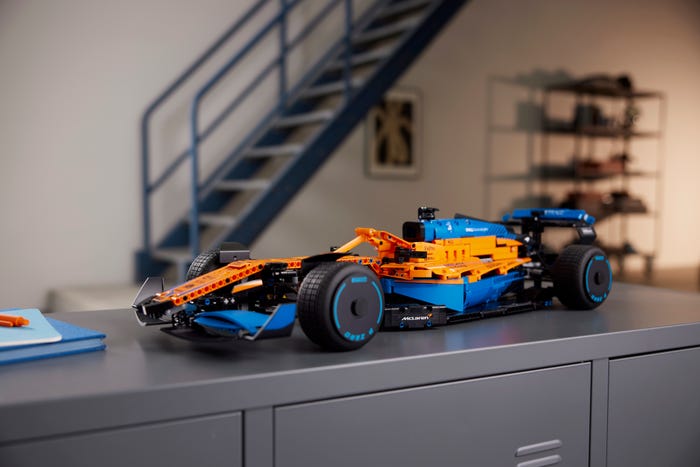 Lando started racing when he was seven years old, but even before he was on the track, he’d discovered a passion for building with LEGO bricks.

“It started when I was three or four years old, maybe even before that!” says Lando. “My dad had some models of cars, and so at a very young age, I got into it. And I had a brother and two sisters, and so growing up, we always used to play with it.”

Since then, he’s continued to love building with LEGO bricks, and even now he has a favorite set. Unsurprisingly, it’s a nod to his team.

“I have a couple of McLaren sets. My favourite one is the McLaren Senna which the team gave me.” That is the Technic McLaren Senna GTR™ set, based on the car that was named after Brazilian Formula 1 legend Ayrton Senna, who won three World Championships with McLaren.

It’s a feat that Lando will be hoping to replicate. 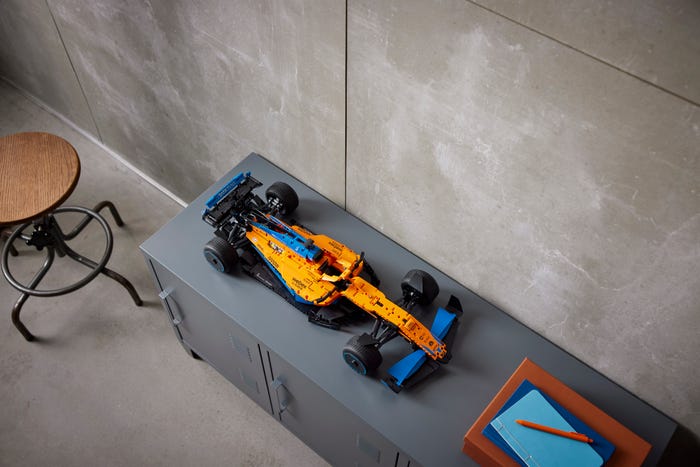 Driving around a track at over a hundred miles an hour might seem very different to building a LEGO set, but Lando believes there are more similarities than you might think.

“Of course, you need to concentrate when doing both,” says Lando with a smile. “If you make one mistake or put something in the wrong place, things just don’t end up very well, and won’t look as good as they could.”

Although we like to think that LEGO building is slightly less nail-biting than motor racing!

We asked Lando what he would build if he had unlimited LEGO bricks. After the long and challenging 2021 season, in which Lando ranked sixth overall with four podium finishes, perhaps unsurprisingly, his first thought was somewhere to have a bit of fun.

“I was going to say a house, but actually, I would build a yacht,” he laughed. “I’d have to melt some of the LEGO bricks to waterproof the bottom of the boat!”

Perhaps he can get a little help from the McLaren engineers?

Putting himself in pole position 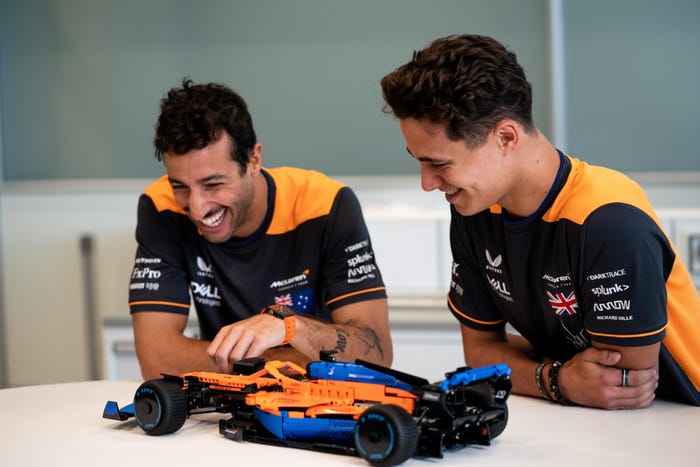 When we asked Lando who would build a LEGO set faster between him and his McLaren teammate Daniel Ricciardo, he couldn’t help but put himself in the lead.

“I would win!” Lando says immediately. “Daniel is getting a bit old now.”

On your marks, get set… 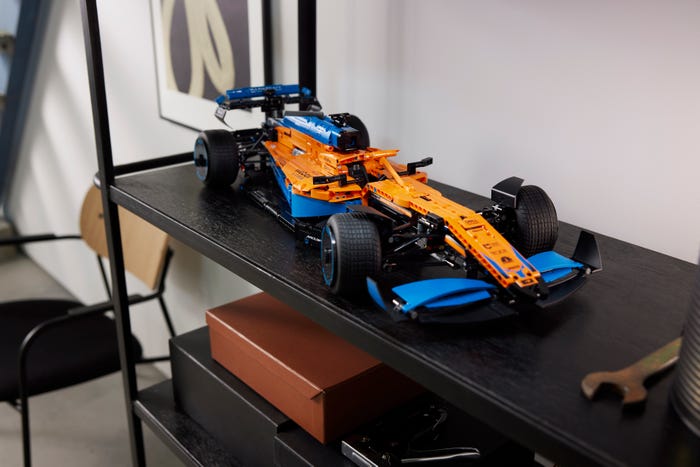 Whether you’re passionate about Formula 1 or new to the sport, you’ll love the LEGO Technic McLaren Formula 1 Race Car. Lando certainly does.

“I’m really hoping they’re going to be sending me one!” he says. “It would be nice to have something in my new place.”

So, as the new season gets underway, why not get your hands on the set and build it while you watch Lando Norris driving the papaya McLaren. Hopefully, across the line to his first Grand Prix win!

Lights out, and away we go!

Our new book, in partnership with Ferrari, brings supercar and LEGO® Technic™ fans alike closer to the development of the Ferrari Daytona SP3...

In honor of our latest LEGO® set, we delve into the past of an Italian style icon

To celebrate the new LEGO® Technic™ Ferrari, we look back at some of the iconic Ferrari cars we’ve recreated over the years…