We reckon that the 80s produced some of the best cartoons and kids shows of all time.

But there was one cartoon that hit differently for our generation. It was the story of the heroic Autobots from the planet Cybertron who made it their mission to protect Earth.

Of course, we’re talking about none other than Transformers.

The Transformers robots stood for bravery, courage, teamwork and strength (with a little humor thrown in), so they were real role models to us kids.

Joseph Kyde, the LEGO designer of this set, says, “Optimus Prime has all the qualities that you want in a in a leader. He is the wisest and he is the strongest.” 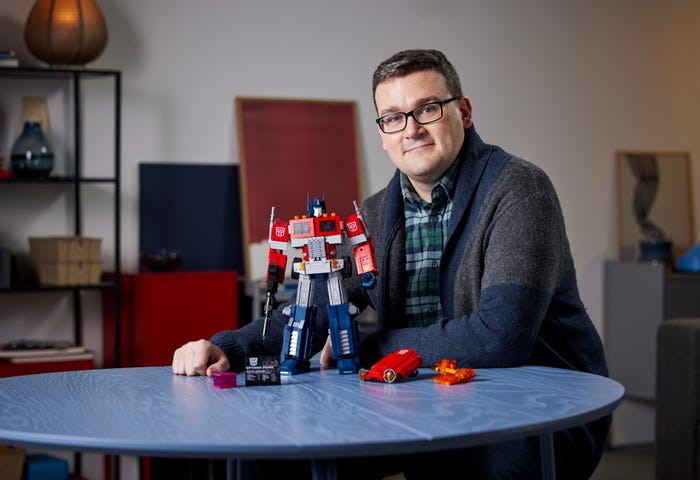 And we couldn’t think of anyone wiser than Joseph to work on the new set, considering he once worked at Hasbro (the company that made the original Transformers toy line)!

“Optimus Prime and I go way back. I used to work on Transformers toys...and I have always been a huge Transformers fan,” he adds. 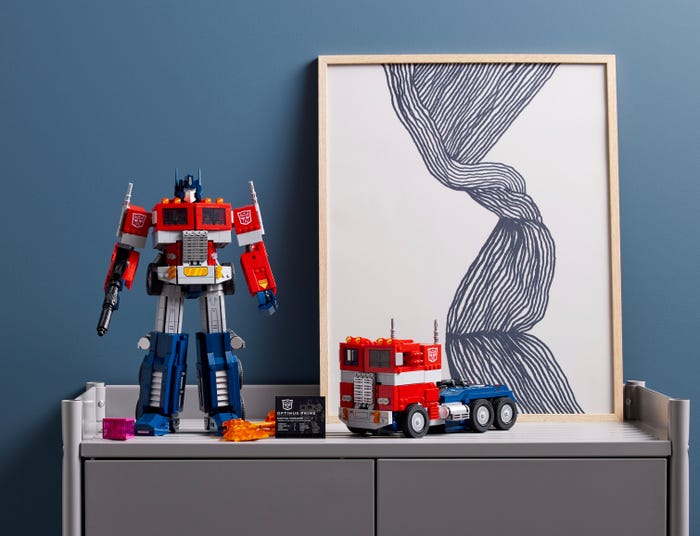 As you know, there’s... More Than Meets The Eye with Transformers. The characters can convert into vehicles, objects and even into flying machines. Literal shape-shifters!

Just like the original toy (and cartoon character), our LEGO Optimus Prime set can reconfigure into his recognizable red semi-truck alt-mode.

Unlike some of our other 2-in-1 or 3-in-1 sets, this is the first LEGO set where rebuilding isn’t required to turn it into something entirely new.

“My major inspiration was going back to the very original toy. I got this toy for Christmas when I was four years old, so I know it like the back of my hand,” Joseph adds.

He based the conversion on how the original toy worked, but his biggest challenge was figuring out how to use LEGO bricks to achieve the goal.

“Since the nature of bricks is more of an assemble and disassemble setup, it took a lot of time to get the conversion right.”

After a lot of hard work, he pulled it off.

Converting LEGO Optimus Prime into its truck form only takes 1-2 minutes by maneuvering different blocks and folding sections in and out. Pretty cool. The set comes with a step-by-step guide to show you how to do it.

Nostalgic details will take you back 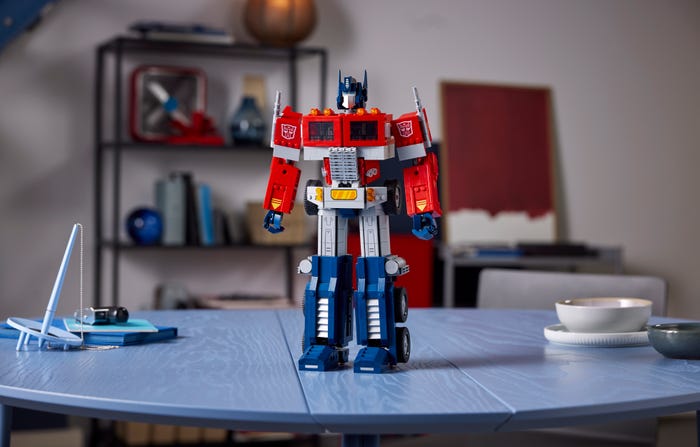 To remind Transformers fans of their childhood, we wanted to include authentic features and Easter eggs in this set.

“My favorite detail is Optimus Prime’s opening chest, because inside you’ll find the removable Matrix of Leadership, which is what makes him the leader of the Autobots,” explains Joseph.

“It was very important to me that this was included because it’s one of the most defining things about Optimus Prime.”

Another thing that Joseph wanted to carry over from the original toy was the chrome details that gave the toy a special shine.

The set also comes with a blaster accessory that Optimus Prime uses in battle against the Decepticons.

An unlikely (but super cool) partnership 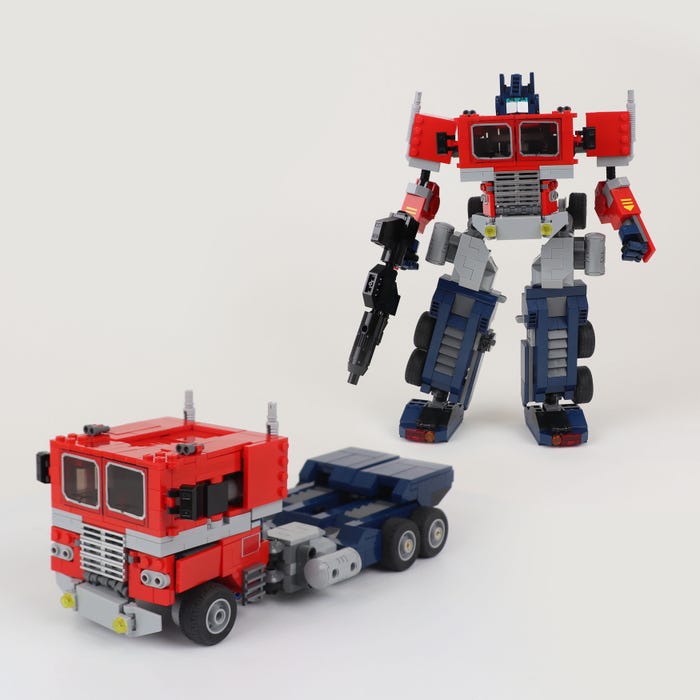 The very first sketches of the set (above) were created by LEGO® Designer Junya Suzuki.

Of course, this LEGO set wouldn’t be possible without the special partnership between Hasbro and the LEGO Group.

“This idea came about because two toy companies were able to say, look, we have this amazing icon of pop culture and we’re going to work together to try and give Optimus Prime a new form that he hasn’t really had before.”

He adds, “It’s a testament to the importance of the Transformers brand. It’s such a strong icon that everyone on both sides wanted to make this happen for the fans. We’re all so excited about it.” 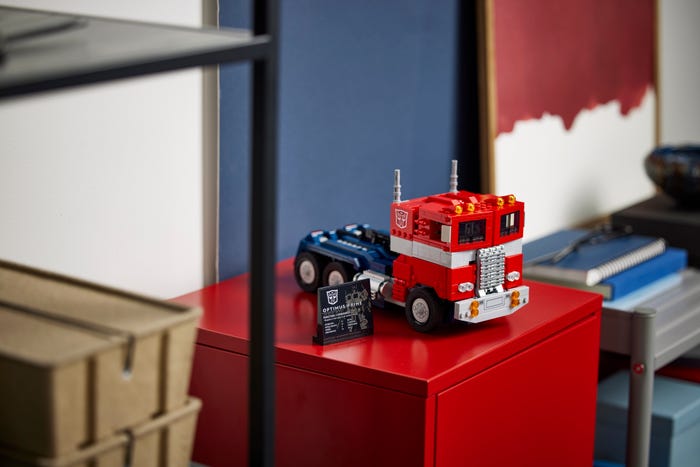 This LEGO Optimus Prime set is different to any other collectible out there, made entirely from bricks. So, whether you display LEGO Optimus Prime in his robot or semi-truck form, it’s easy to switch it up whenever you feel like it.

“This line of toys and cartoons from the 80s just kind of became this symbol to so many kids growing up, so I really hope fans can enjoy this new LEGO version of Optimus Prime,” Joseph adds.

We see you about to search for old Transformers episodes now...