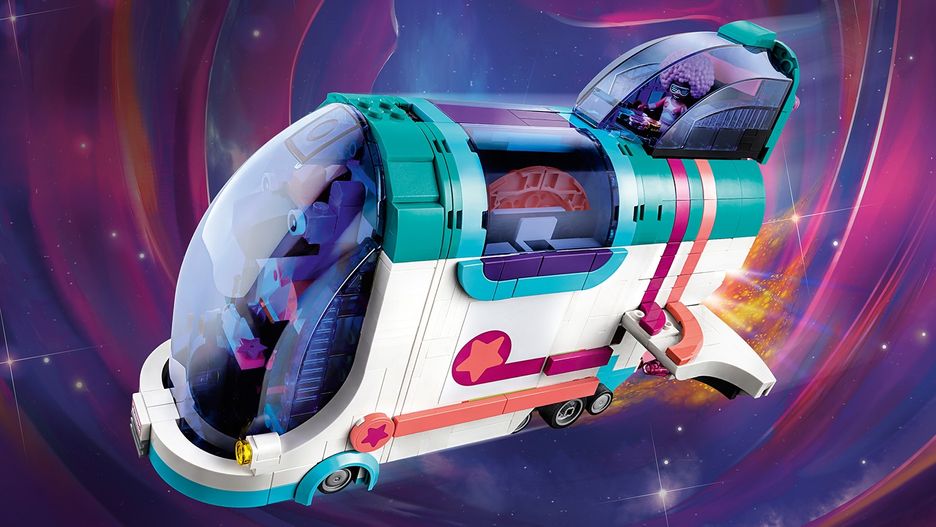 Join Disco Kitty, Melody, Tempo and Zebe and take a trip on the fun Pop-Up Party Bus! Place Zebe in the cockpit. Open the roof and sides of the fun bus, fold out the loudspeakers and disco ball and get the party started! Drink a smoothie, turn on the disco lights, then show off your dance moves on the rotating dance floor!