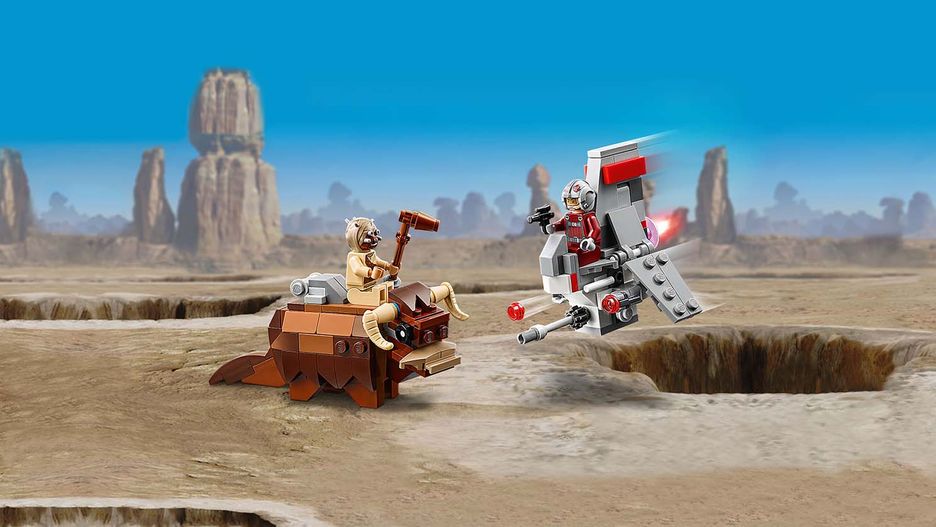 The heat is on! Get set for a T-16 Skyhopper vs Bantha Microfighters duel in the Tatooine desert! Jump in the saddle of the mighty Bantha with the Tusken Raider. Or team up with the Skyhopper pilot and fire the stud shooters at your enemy. Play out epic action scenes from Star Wars: A New Hope. But who will win the battle? You decide! 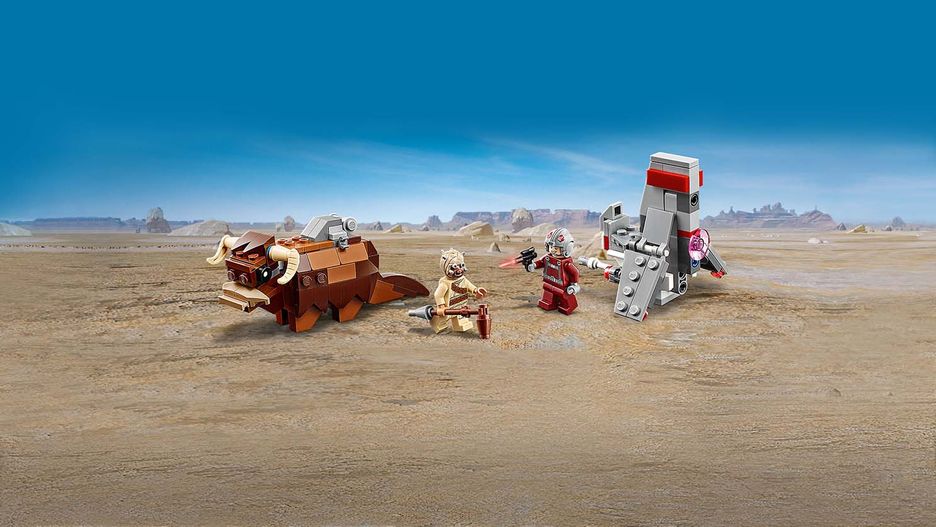