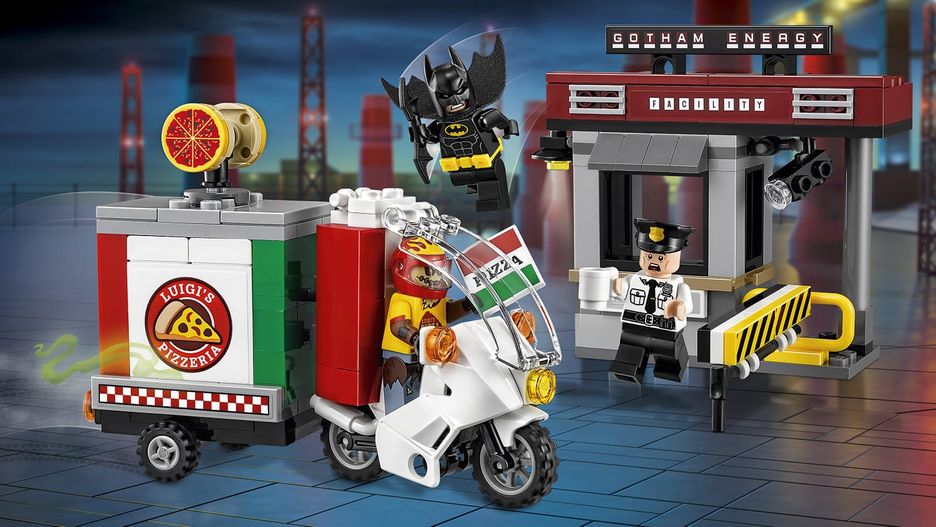 Scarecrow™ has an evil plan to release fear gas at Gotham City Energy Facility. Bring down the security barrier as he approaches on his pizza delivery bike. When the bike smashes through the barrier, leap off the roof with Batman™. Can you intercept Scarecrow before he pops off the sides of the cart and releases the toxic gas?