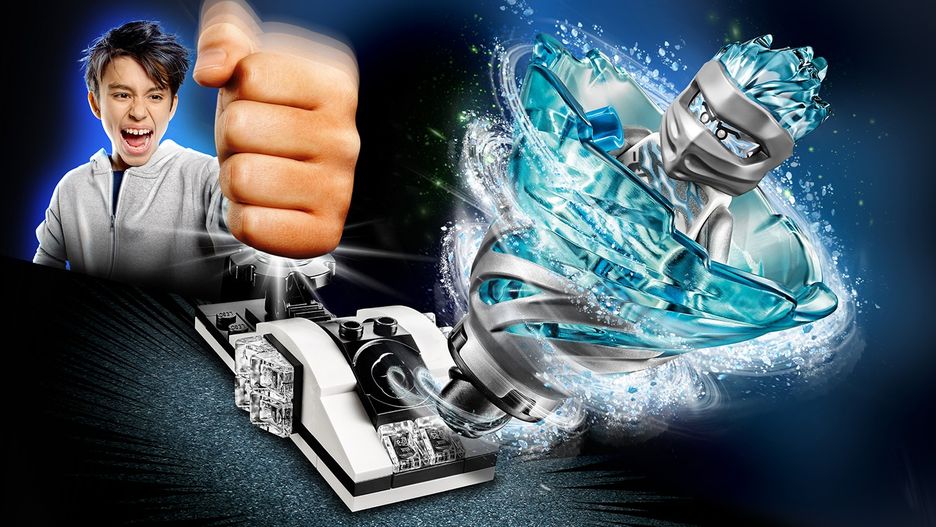 Take your Spinjitzu Slam skills to the next level with the LEGO® NINJAGO® Zane FS spinning top toy! Power up the Ninja of Ice figure with his Forbidden Spinjitzu hood. Place him in his tornado spinner and slam the launcher to send him spinning at high speed. Aim to knock over the training dummy, then reload the launcher with a shuriken for a different spinning challenge. There are no rules and no limits with this action-packed LEGO playset so create your own exciting battle spinner competitions with friends and prove you are a true ninja! 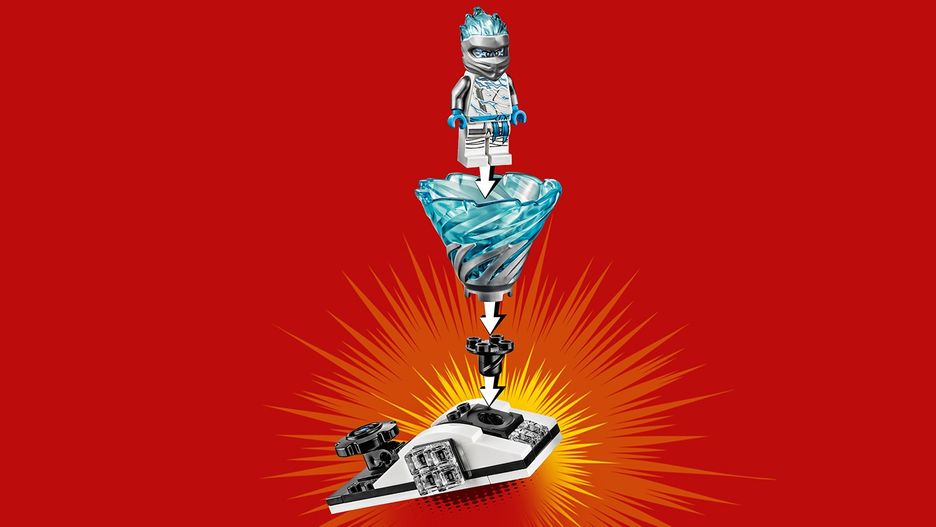 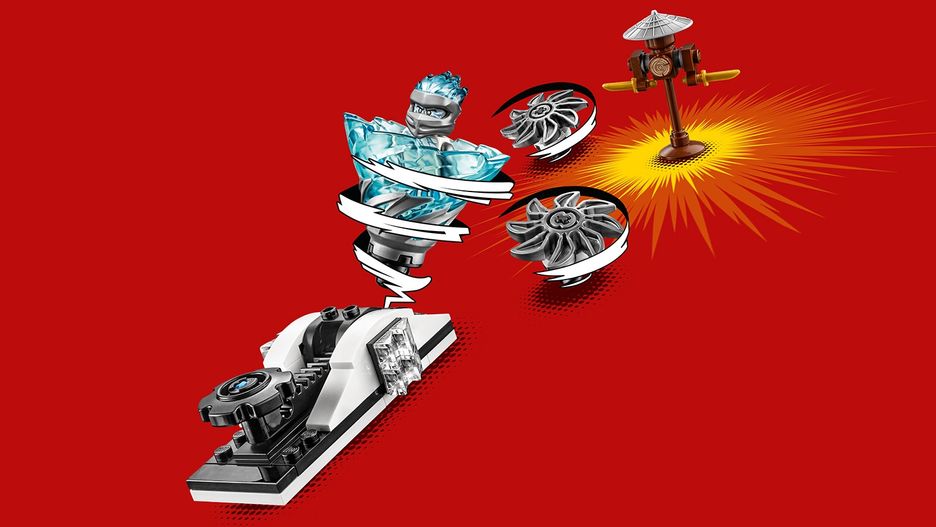 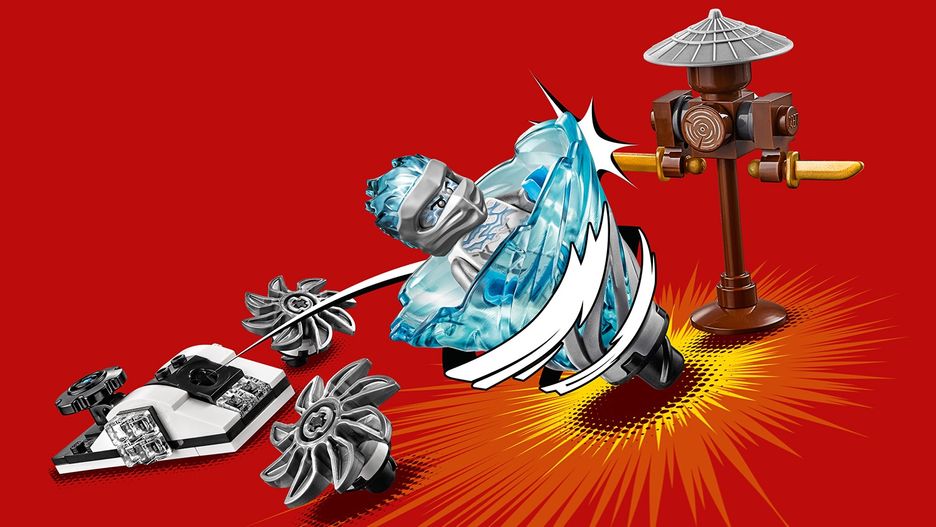