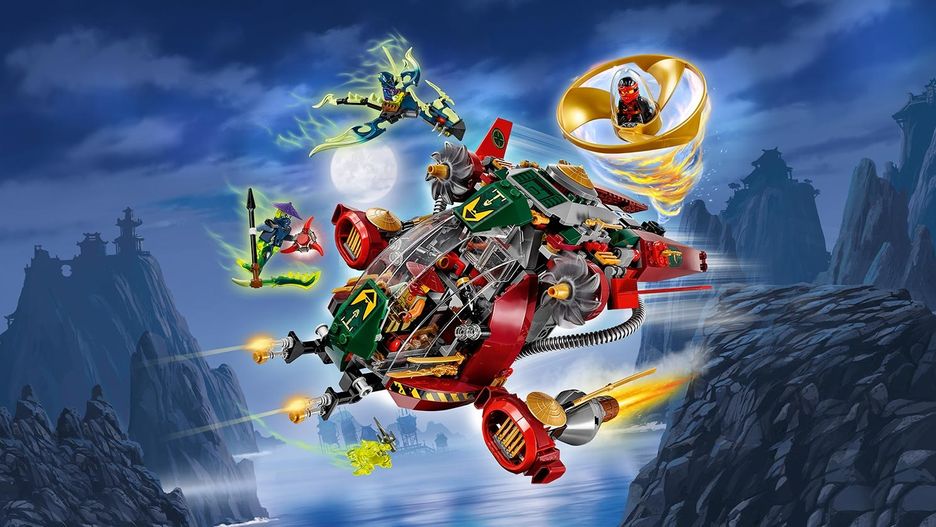 Take off for battle against the Ghost Ninja in Ronin's awesome 2-in-1 R.E.X airship! Open the cockpit to place Ronin at the controls and launch into the sky. Swoop to fight the Ghost Ninja Attila riding on the ghost dragon. Pull the R.E.X rip cord to unleash the Airjitzu flyer and send Kai spinning into the sky to duel with the armed and dangerous Scythe Master Ghoultar. Defeat Ghoultar and escape with the precious Aeroblade safely stowed in the R.E.X cargo bay! Includes 4 minifigures with assorted weapon elements: Kai, Ronin, Scythe Master Ghoultar and Ghost Ninja Attila. 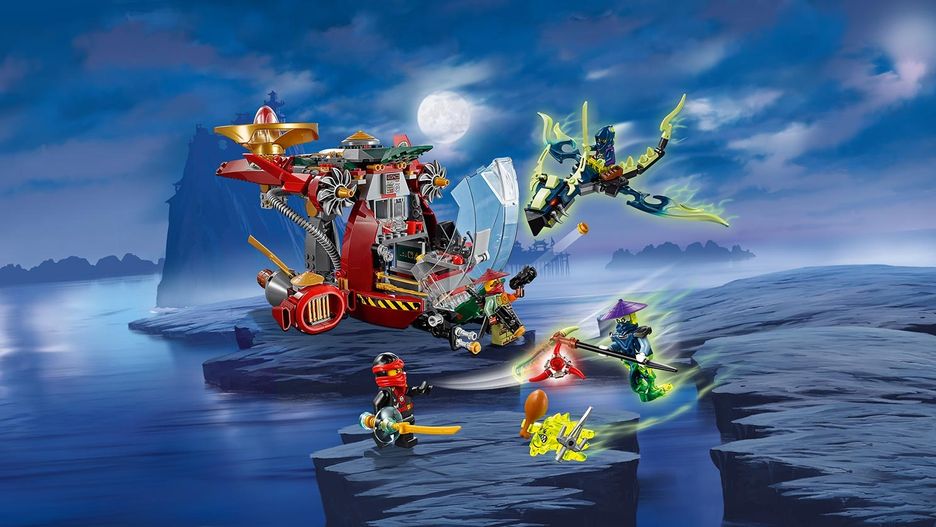 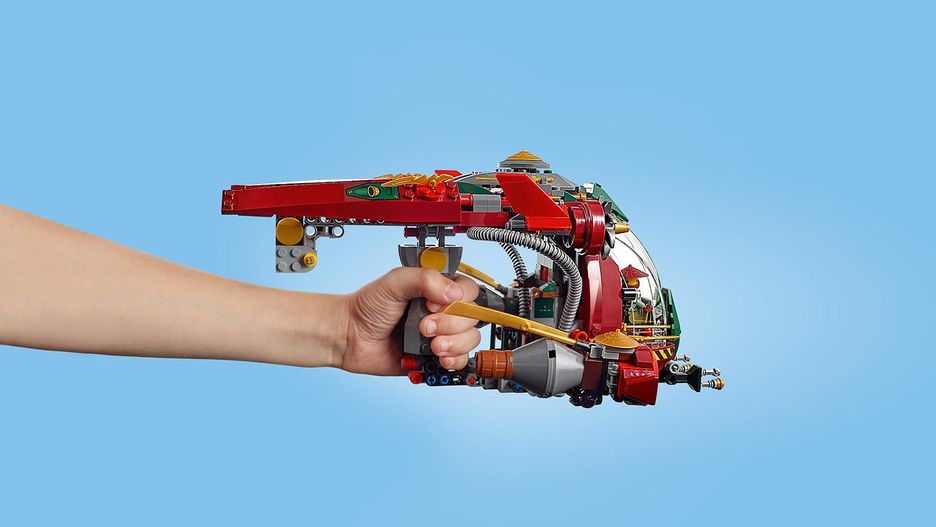 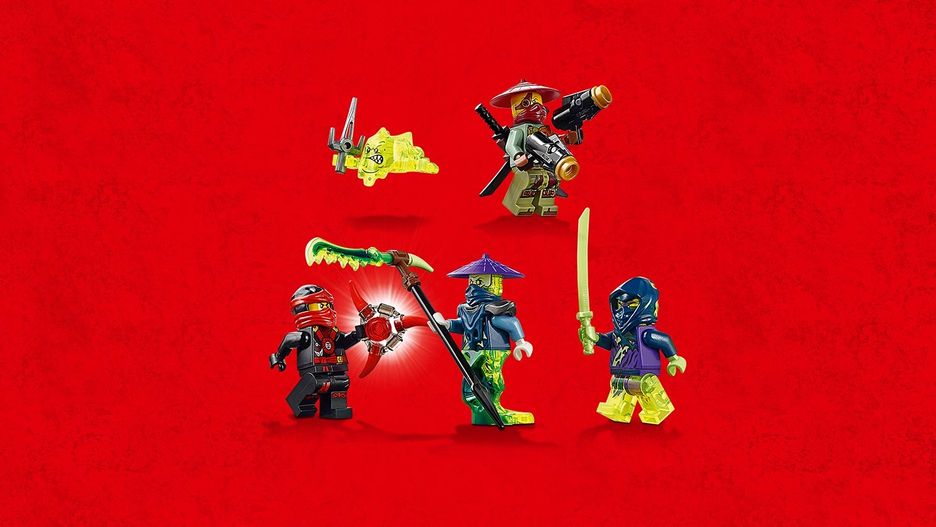