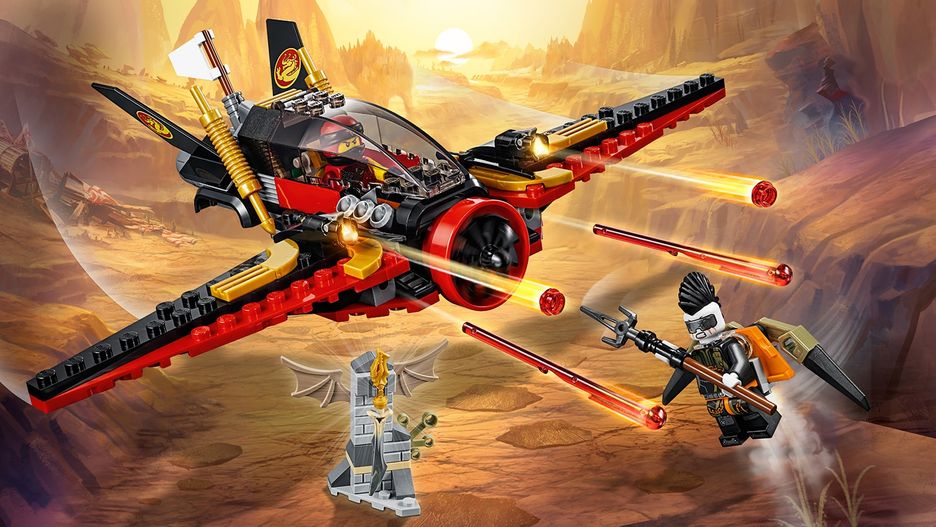 Build LEGO® NINJAGO® 70650 Destiny’s Wing from the ruins of Destiny’s Bounty and launch into the sky with Kai! Speed above the desert and fire this awesome plane’s stud shooters and spring-loaded shooters. Beware of Jet Jack flying into attack with her jetpack and spear. Fend her off with Kai's katanas and grab that precious Dragonbone Blade! 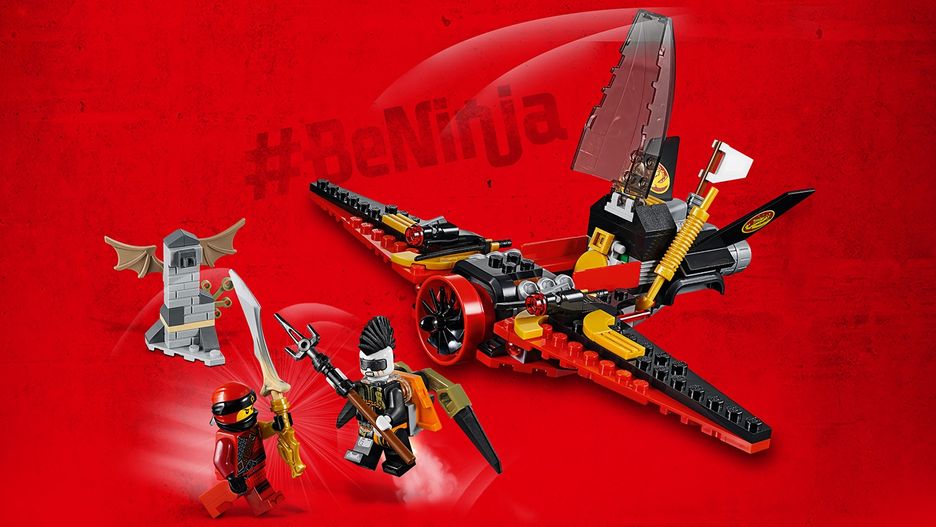 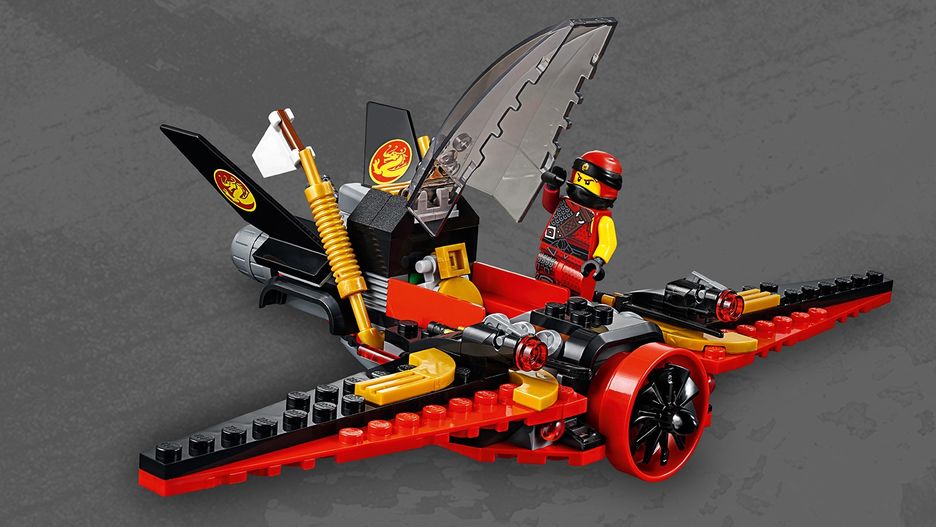 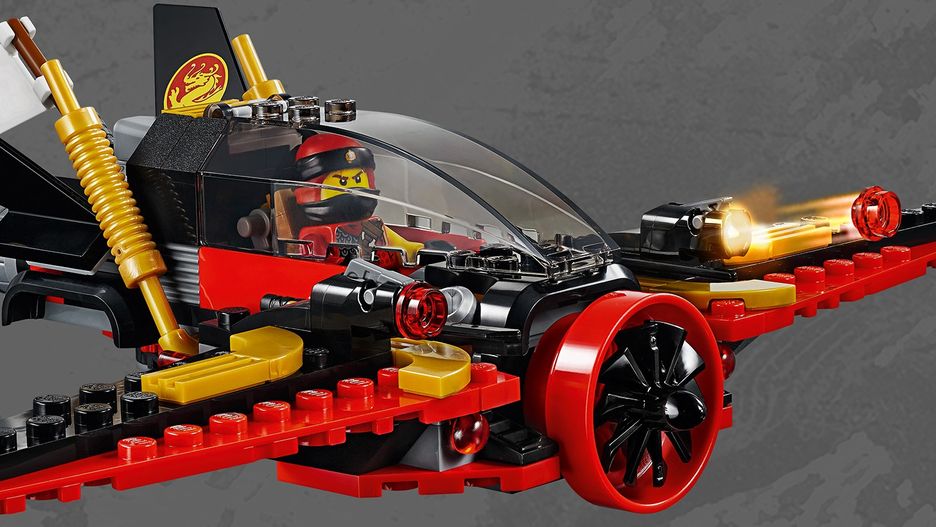 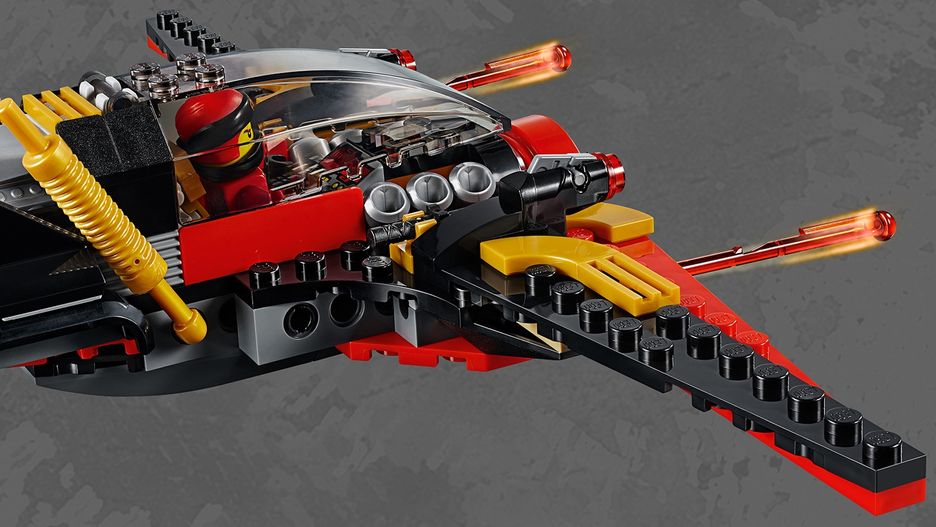