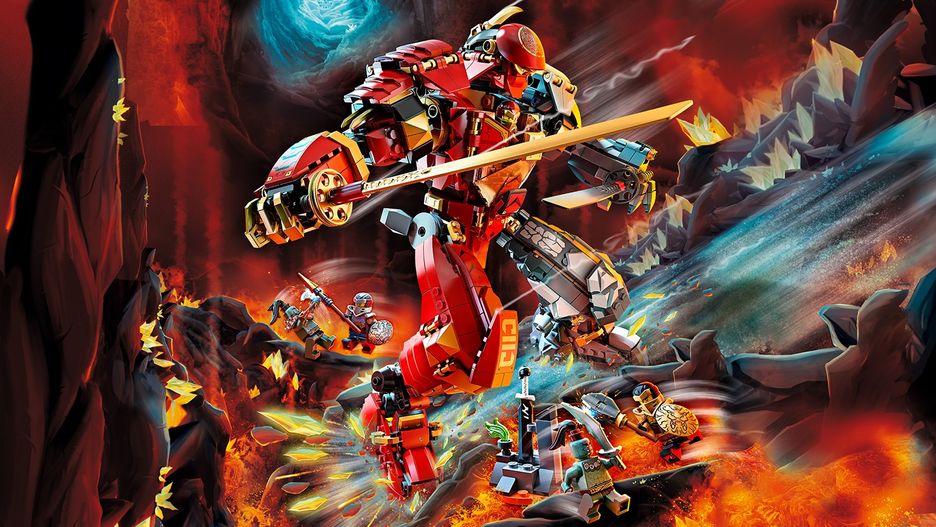 Team up with Hero Kai, Hero Cole, Hero Nya and the Fire Stone Mech as they battle dark and evil forces in the bowels of Shintaro Mountain. The Fire Stone Mech is a powerful weapon, armed with two giant swords and powered by the ninjas to help them escape captivity in this dark underground world. Jump into the mech's cockpit and fire its stud shooters to blast your way to freedom! 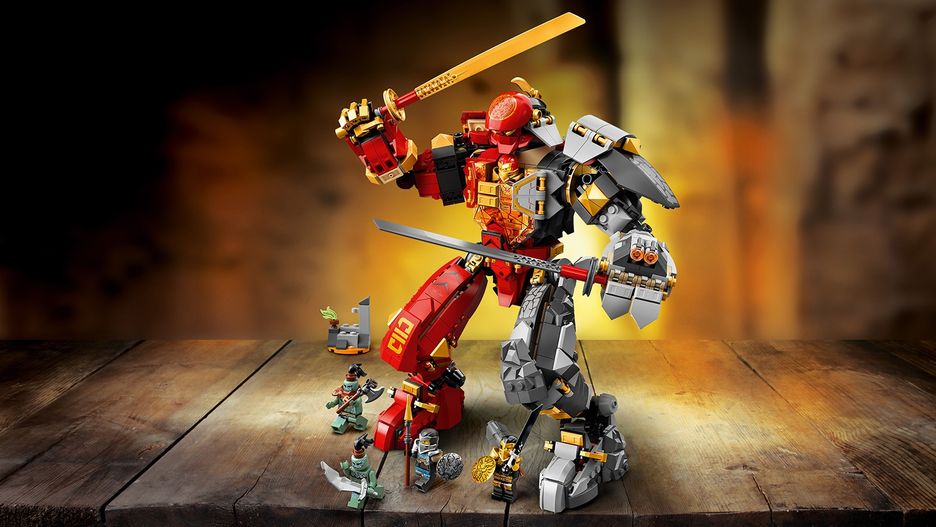 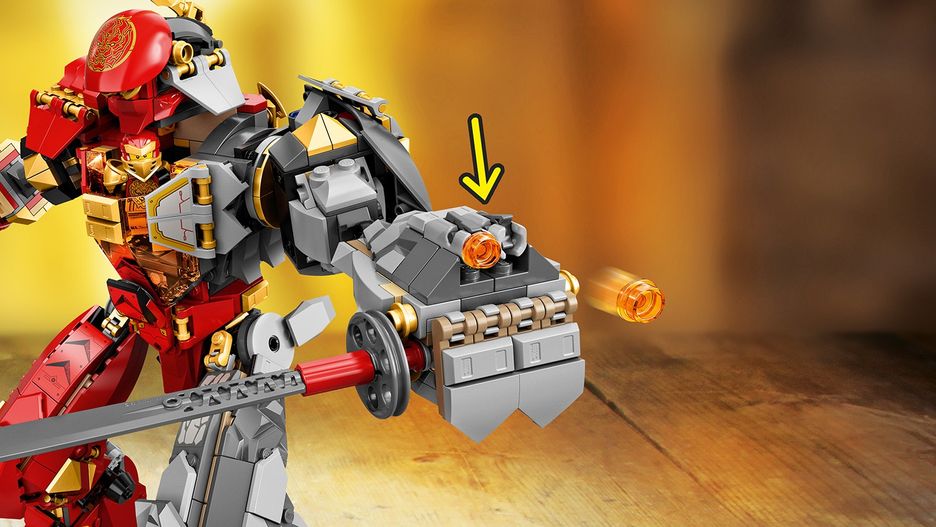 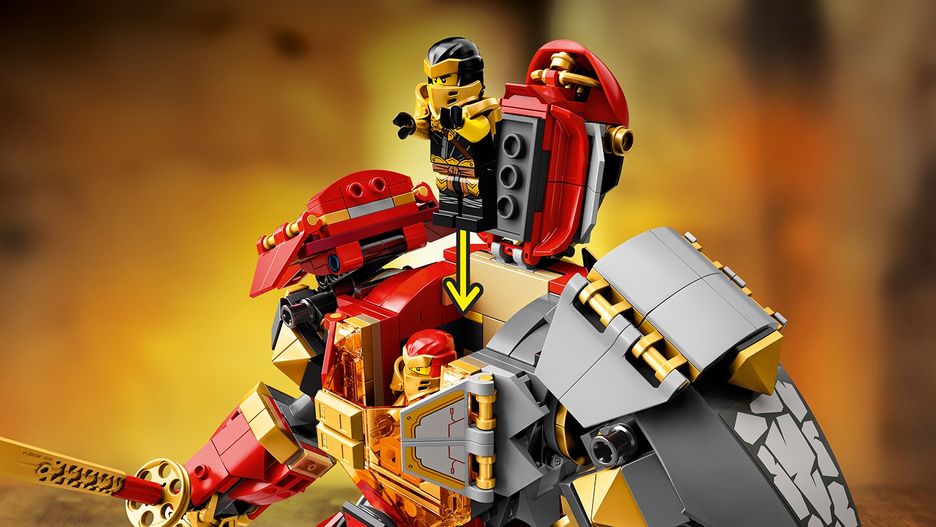 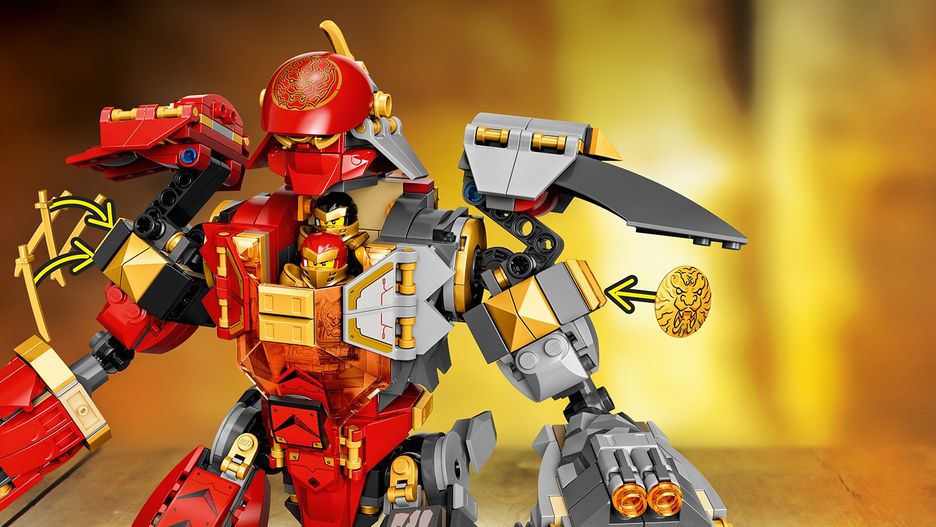