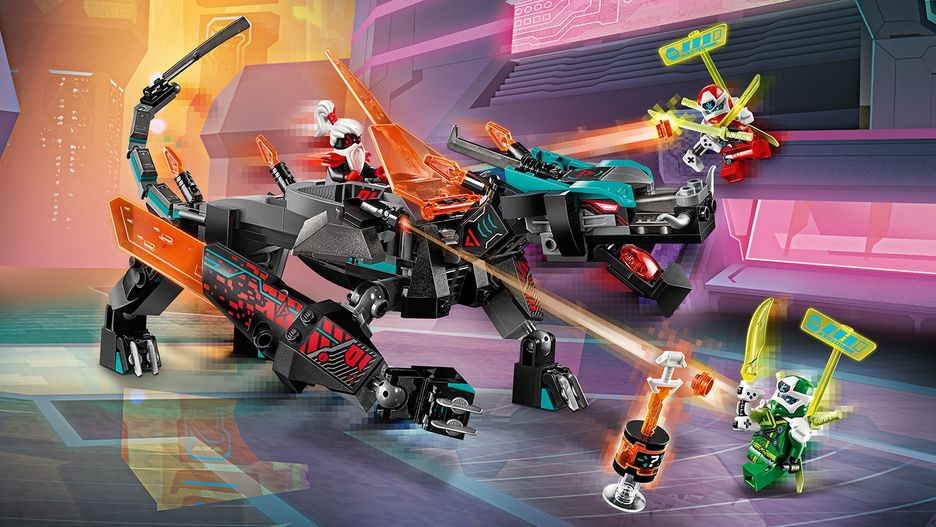 Join Digi Lloyd and Kai in a thrilling battle against the fearsome Unagami black dragon over the skies of Prime Empire and NINJAGO® city. Watch out for the dragon’s claws and digi blade wings! Be ready to dodge its powerful stud shooters! Can the daring ninja heroes defeat the dragon, claim the Key-Tana and escape from the clutches of Unagami? 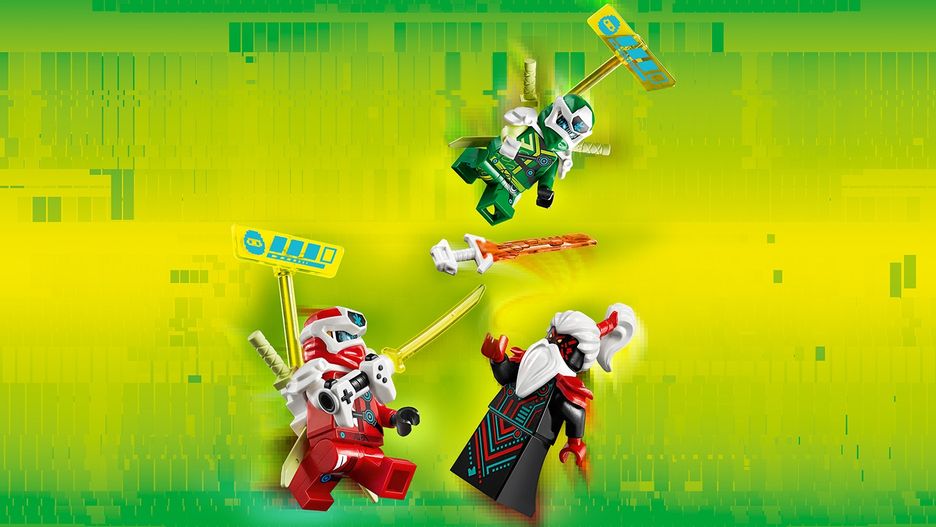 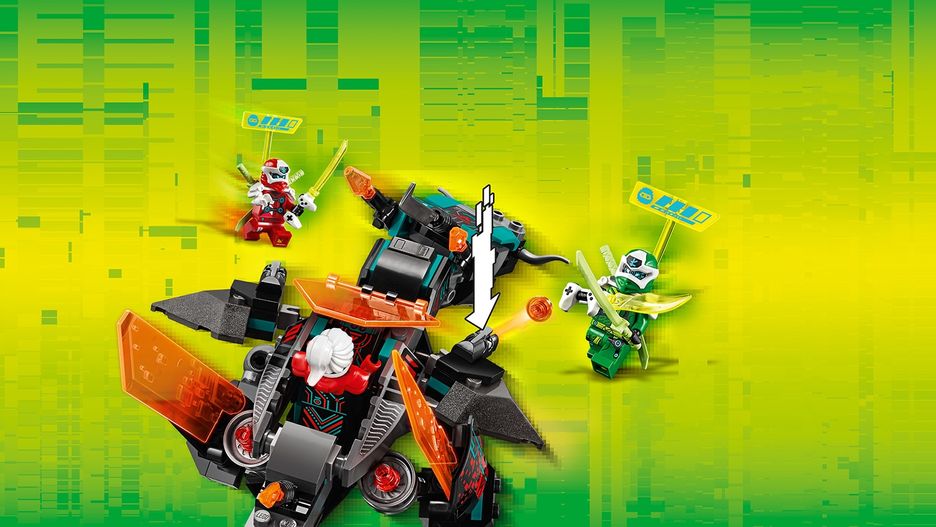