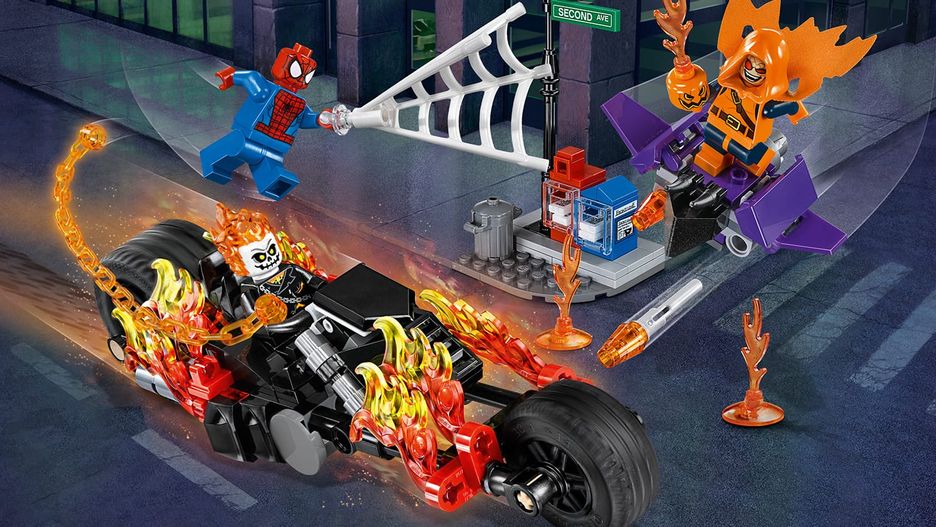 Hobgoblin is causing chaos in the city with his Goblin Glider and flaming pumpkin bomb, so send in Spider-Man and Ghost Rider for a street battle! Ride the Ghost Rider Bike at full throttle and use his fire chain to stop the demon. Then topple Hobgoblin from the top of the traffic lights with Spider-Man's Super Jumper! 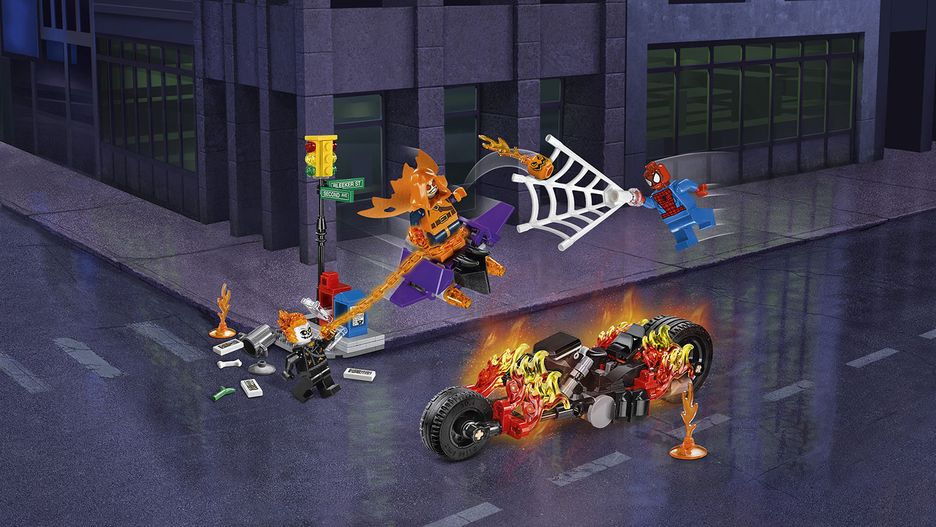 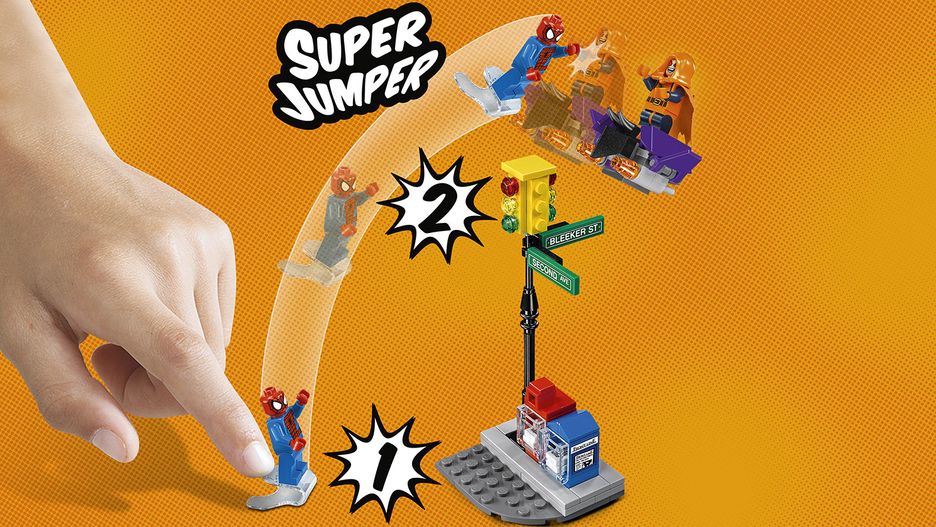 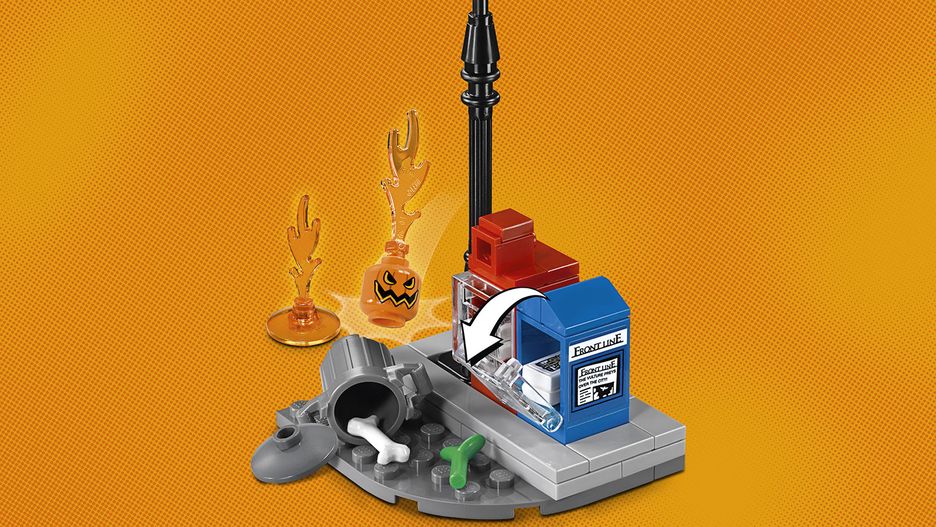 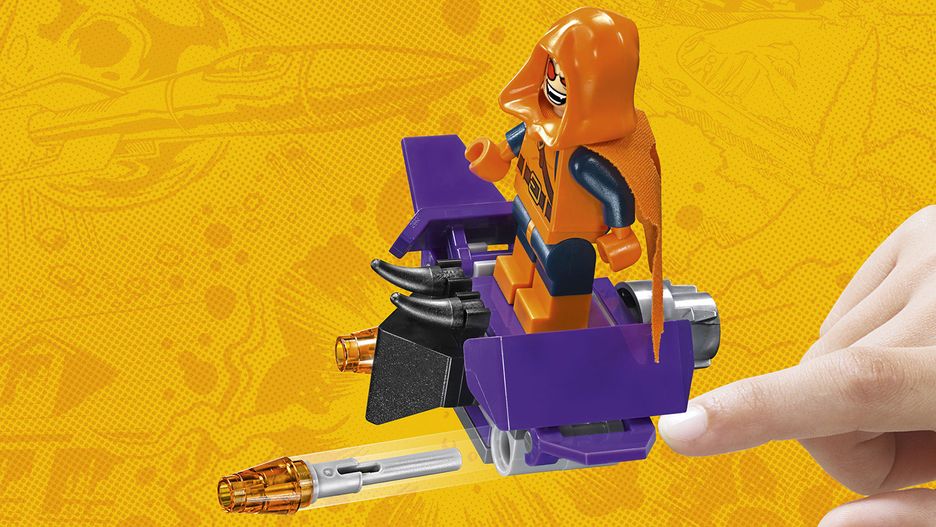 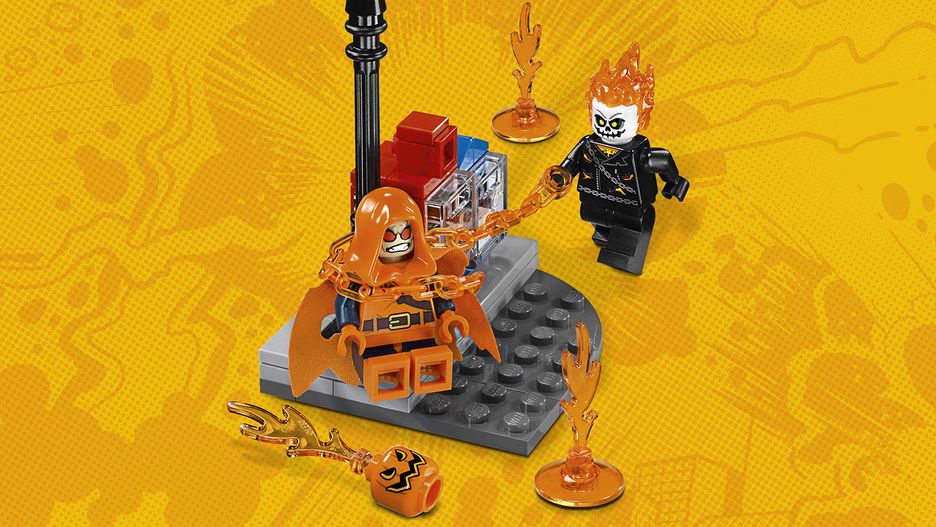